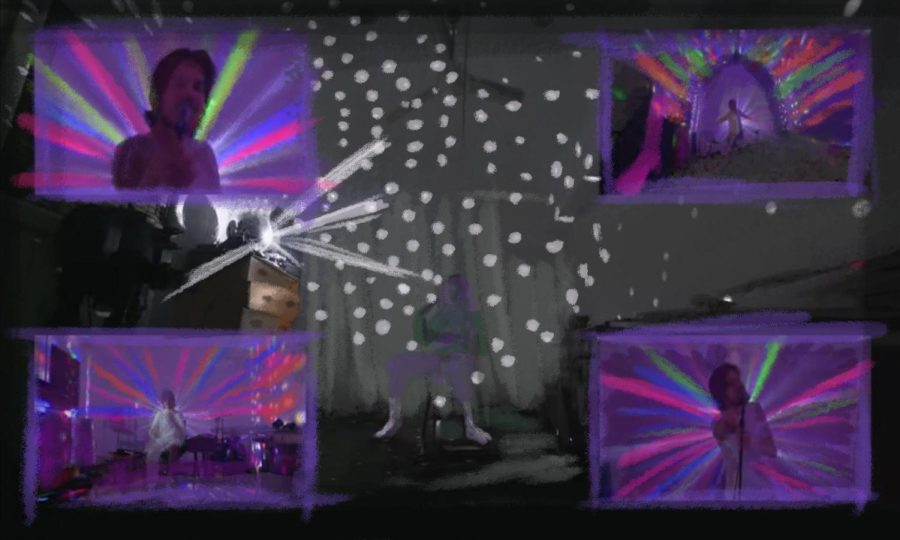 It was the beginning of summer 2021. Olivia Rodrigo released her first album, Adult Swim was taking over Tik Tok and Bo Burnham created his Netflix special called ‘Inside’ that took the internet by storm. Encapsulating the past year and a half in the pandemic, Burnham uses strobe lights and dark humor to push past the struggles of disconnecting with others. Now just a quick year later, Burnham gives us the outtakes of what didn’t quite make it in the special.

Like most things Burnham creates, his witty — yet slightly troubling — jokes resonate with the masses as he closely portrays his experience in the Covid-19 pandemic. “Funny Feeling” had me in a chokehold for at least four months while I contemplated where I was in life at a ripe age of 21. I’m not the only one, just a quick scan on his YouTube comments, people are thanking Bo for sharing his pain and inspiring them to create art themselves. I can’t name a single college student who didn’t question doing videography after ‘inside’ dropped.

Unlike his first special, Burnham posted the outtakes on his YouTube channel and included fake ads he created himself. Just to show off his skills as a videographer he did ads on Jeans, fake bro podcasts and Google style video designed to look like youtube break ads. Including songs from the original special, Burnham adds songs that didn’t make the final cut. The Chicken, Five Years, Joe Biden are just a few of this collection and are all brilliantly funny yet consistent with his theme.

My personal favorite is “Five Years,” a song Burnham wrote about his girlfriend and his fifth year anniversary, while also having a teasing side of the common issues after relationships that have been together for awhile. From stealing dumplings, not using the guest bathroom and killing spiders, Burnham complains about the little things. The best quotes within the whole song are “your whole world view collapses the moment theres a spider” and “Everyones a feminist until a spider is a round.”

Although inspiring, Burnham also shares the difficulties of trying to create art with nobody there to share it with and if it’s even worth your time. “Look who’s inside again” from the original special and “Feel Good” from his outtakes posted on his YouTube channel both express the imposter syndrome mixed with mental illness combo very common among artists.

I wasn’t a huge fan of Burnham before the special. Nothing against him but I never had a comedy show phase in my life where I got into it. After the special, and Outtakes, I can genuinely appreciate the work put into creating Inside.