Panic! At The Crypto: Investors hold onto high hopes 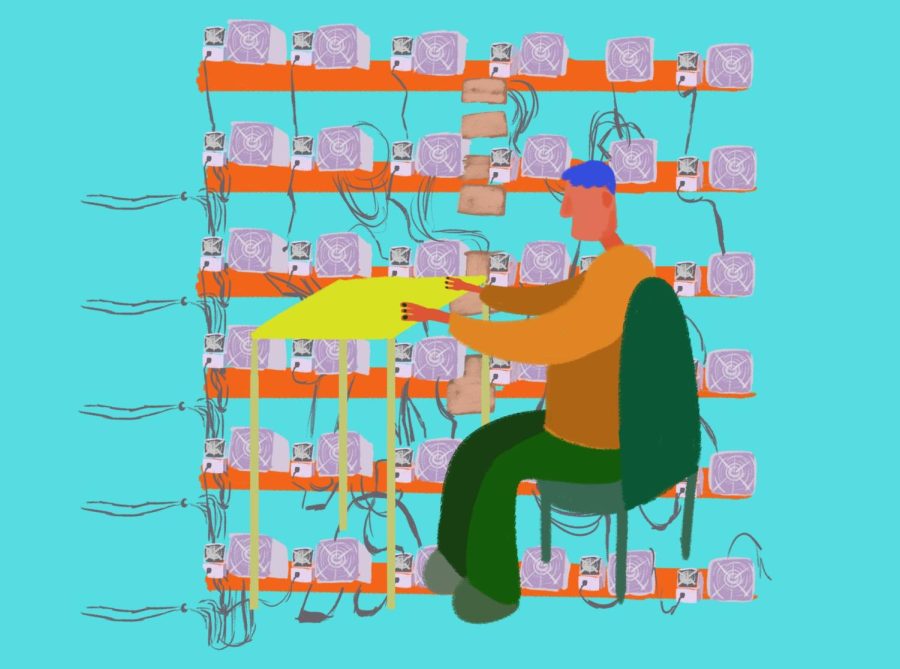 In the last several years, cryptocurrency has become a massive platform for investors and is much more popular with young investors and students than other forms of investing.

Cryptocurrency is a form of digital currency and a digital asset originally designed for people to transfer money through digital wallets. The first form of cryptocurrency was Bitcoin, which popped up in 2008, but since then, several different forms of cryptocurrency have been introduced.

Max Mohammadi is a student at the California Polytechnic Institute at San Luis Obispo and has been investing in cryptocurrency since 2018, when he was in high school.

“[I] bought like a hundred bucks’ worth,” said Mohammadi. “That turned into five hundred bucks a couple years later.”

In the last year, the market cap of cryptocurrency fell from $3 trillion to $1 trillion.

“So two-thirds of the market value of all crypto has been wiped out, and that’s all happened since November,” said George Bragues, the program head of business at the University of Guelph-Humber in Canada.

“Probably for the next five to ten years, these investments aren’t going to really be fruitful,” said Mohammadi.

According to Bragues, the fall in crypto stock is small compared to other markers and not enough to dramatically impact the economy.

“I would say that what we’re seeing now with crypto is a bit of a necessary correction from the froth that took place before,” said Bragues “Things got definitely out of hand.”

While the fall in cryptocurrency prices was not enough to impact the economy, digital currency could become more mainstream due to rising inflation as a result of the War on Ukraine.

“In periods of high inflation, people start to question the dollar, and other countries are now experimenting with cryptocurrency as legal tender,” said Black.

Bragues explained that governments are incentivized to keep the public’s trust in national currency high.

“Governments have a very strong interest in maintaining their monopoly over the currency,” said Bragues. “They do not want any other currency to be widely accepted as a mode of payment because that limits the government’s ability to manage economic affairs.”

“The Fed issued a white paper in January, and they are now researching a digital dollar, so they would issue currency but it would be in digital form,” said Black.

The popularity of cryptocurrency and rise of digital currencies can likely be attributed to younger generations.

“Many students are investing in crypto, many of them are curious about crypto,” said Black. “Some of them bought crypto at the peak and then they lost a lot of money. Some students view crypto as a form of gambling.”

Cryptocurrency will likely continue to be volatile for many years in the future, and Black urged students to be wise with their investments.

“I would encourage students to explore crypto as an investment, that they only invest money that they can afford to lose, and then to think about it from a long term perspective,” said Black.