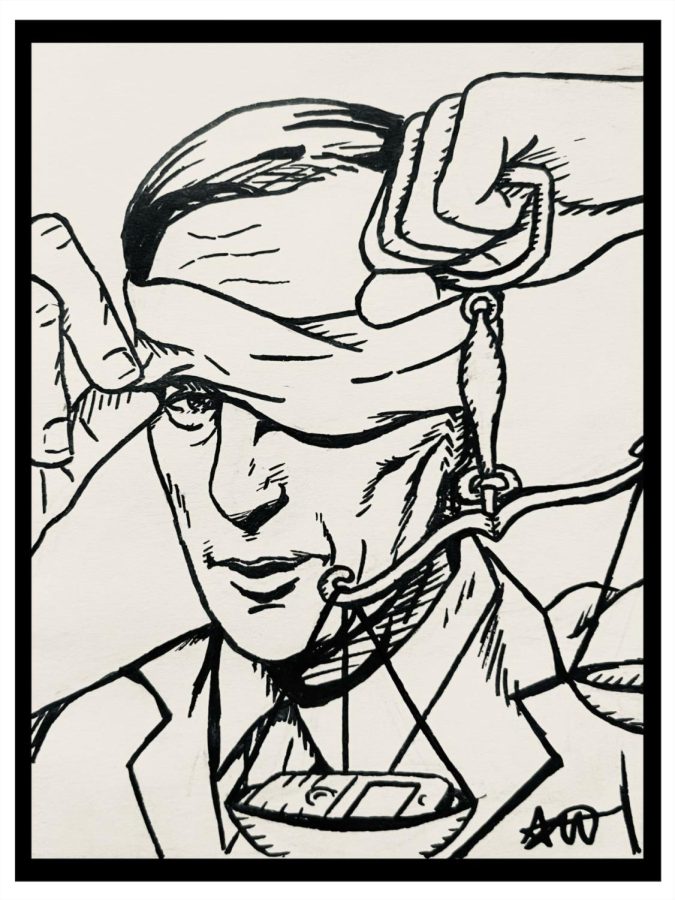 If someone had told me that the sleazy lawyer from “Breaking Bad” would become one of my favorite protagonists in TV history, I would not have believed you. However, in “Better Call Saul,” Bob Odenkirk acted his way into my heart. The sixth and final season ended about a month ago, and it concluded in the best way a TV show can.

The prequel follows Odenkirk as Jimmy McGill long before he is the Saul Goodman we know in “Breaking Bad.” Jimmy, a hopeful lawyer with a crooked streak regresses into becoming Saul Goodman, a morally-bankrupt persona and an “amigo del cartel.”

Saul Goodman in “Breaking Bad” was one of my favorite characters in the show, largely because of his goofiness and comedic relief in a very dark and depressing show. Saul was by no means a deep character, but his loud suits, hilarious one-liners, and Odenkirk’s charm made me excited whenever he would show up in an episode, even if it was only for one scene.

The sixth and final season of “Better Call Saul” follows  Odenkirk, and Kim Wexler, played by Rhea Seehorn, as they scheme to take down successful lawyer and rival Howard Hamlin, played by Patrick Fabian. The two put their heads together in a plot to frame Howard as an unstable man addicted to cocaine.

The latter half of this season is in black and white and takes place after “Breaking Bad” and shows Jimmy living in Nebraska under a new identity. However, Jimmy can’t help but slip back into his con artist ways. This last season exemplifies everything I love about the show. Lawyer hijinks, fan service to “Breaking Bad,” and further development to make Saul a more complex and compelling protagonist.

This prequel takes a large departure from the show that came in its pacing. “Breaking Bad” is a very fast paced show, with the pilot laying out the stakes for the entire series. “Better Call Saul” on the other hand has a very methodical and glacial momentum.

The show has plenty of exciting moments, but the majority of the show is devoted to fleshing out the characters and world of the series. As a result, “Better Call Saul” creates one of the strongest ensemble casts in television, with the audience becoming invested in characters that would be nothing more than one-note archetypes in any other show.

A standout of the cast of “Better Call Saul” is Rhea Seehorn, who plays Kim, Jimmy’s lover and partner in crime. Kim is a fantastic character with so much complexity. She is also a lawyer, but unlike Jimmy, is less willing to embrace her shady side. She wants to use the law to do good, but being in a relationship with a man willing to bend the law jeopardizes her morals.

Jimmy and Kim have my favorite on-screen relationship ever. They perfectly showcase two people that love each other very much, however they cannot help but bring out the worst in each other. Jimmy pushes Kim to act like him and embrace her sleazy side, and Kim convinces Jimmy to go further than he would ever think of going during their plots and schemes.

What makes their relationship resonate so much with me is the duality of it. Jimmy and Kim fight, love and argue in a way that feels real. Their realistic, albeit a little toxic, relationship is the lifeblood of the show and is easily my favorite part of this phenomenal series.

I would be doing this review a huge disservice if I did not mention the powerhouse performance of Bob Odenkirk as Jimmy/Saul/Gene. He delivers a tour de force performance and absolutely deserves an Emmy. During the filming of this season, Odenkirk suffered a heart attack but recovered and returned to set very quickly. Despite the health complications, Odenkirk remained as powerful an actor as ever.

These characters might have talented actors behind them, but they would be nothing without the incredible words the writers of the show put down on paper. “Better Call Saul” is a great drama series, but the writers find appropriate moments for humor and levity that don’t take away from the tone of the show. The characters, dialogue and overall world all feel real and lived in.

“Better Call Saul” has had some of the best cinematography on TV since it premiered, and the final season continues this feast for the eyes. Episodes usually have an abstract cold open where the camera people can be creative and weird. The season opener of Saul’s mansion being raided comes to mind as a favorite, especially the slow motion shot of Saul’s eccentric ties being dumped out of the closet.

This show has been one of my favorite things on TV in the past few years. While the past five seasons have been slow and methodical, the final season is the exciting conclusion the past seven years have been building to. Jimmy’s arc reaches a satisfying end and the final shot is something I keep thinking about almost a month after it aired.

I am giving the final season of “Better Call Saul” five out of five stars.

I am giving the series “Better Call Saul” five out of five stars.