Power to the Prequels: Prey proves successful in the face of predecessor 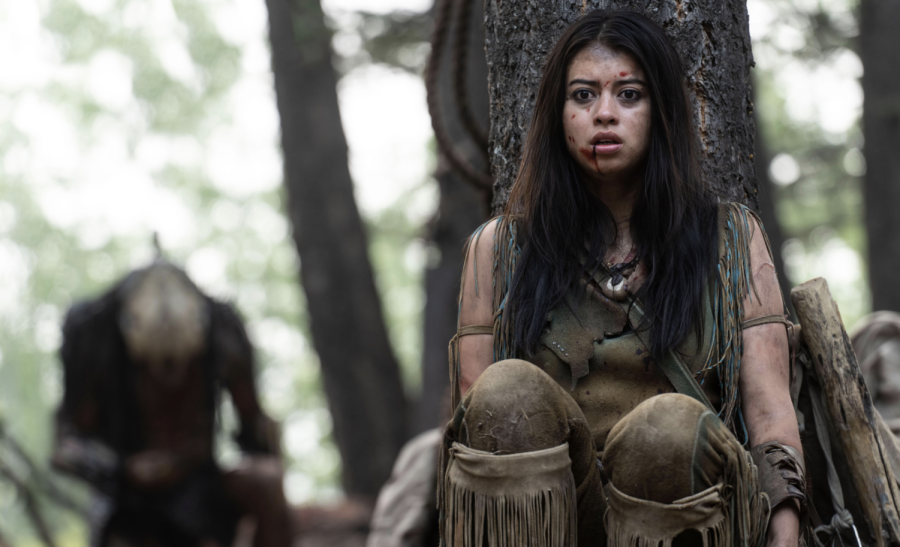 For many people mediocrity has become the lingua franca of the “Predator” franchise. Although the 1987 version is widely regarded as a high water mark for the corporately produced, the successive string of sequels and crossovers that mutated out of the original property have been defined by a chronic dullness. All this would have remained true had it not been for “Prey”.

Director Dan Trachtenberg’s latest venture into the franchise presents a narrative that is simultaneously refreshing in its simplicity while also having enough cultural acuity to avoid being relegated to the morbid depths of “Predator 2”. Relocating the series, “Prey” is set in 1719 on the Great Plains and follows Naru, played by Amber Midthunder, a Comanche woman formally trained as a healer but longs to join her male peers, led by her brother played by Dakota Beavers, as a hunter.

Efforts to gain respect outside the confines of her prescribed societal role are crushed. When Naru realizes that not only have French colonists established themselves near her tribe, but also an otherworldly beast who hunts for sport, played by Dane DiLiegro, she is forced to defend her community.

An initial reading of this plot might invoke the perennial critique of being unsubtle. To some extent, this criticism has a surface level validity. “Prey” makes no effort to cloak its commentary on contemporary gender dynamics but this actually works to its benefit. The moral bluntness presented is not the same as the aggressively twee politics of many films manufactured in recent years. For starters, Trachtenberg’s formal approach to the material is perfectly attuned to the film’s subtext.

Trachtenberg thrives in minimalist narratives and spaces. In “10 Cloverfield Lane,” the setting was a simple bunker and focused on the dueling dynamic of a very clear antagonist and protagonist.

Likewise, “Prey” zeroes in on the battle between Naru and the Predator all while making use of unadorned and archetypal settings: woods and grasslands. This allows Trachtenberg’s manicured style to flourish unencumbered by any narrative excess. The slow and deliberate use of tools such as shallow focus, tracking shots and negative space accentuate the tension before his style erupts into kineticism during the more action oriented scenes. In this respect, “Prey” has a visceral entertainment quality which helps balance out any moral heavy handedness.

To some extent there is a certain degree of predictability that goes hand in hand with this approach to filmmaking. Viewers might be able to easily discern the outcome of any conflicts before they arise and dissect stakes due to their recognizability after being employed in so many other films but originality in this regard is not something “Prey” is overly concerned about.

Rather, the pleasure of watching the film rises out of the way those conflicts are presented. When Naru is chased by a bear there is little doubt what will happen. The focus is on the tactile nature of the chase and using the medium to generate a sense of excitement as opposed to the actual outcome of the event being depicted. This philosophy can be applied to the entire film.

Another aspect of “Prey” that deserves plaudits is it features a majority Native American cast. Its elevation of a demographic that has been historically disregarded in terms of Hollywood representation is noble especially considering the film actively rejects any tokenizing.

Unlike other mainstream pictures such as “Wind River,” where the Native American cast plays second fiddle to the white leads, “Prey” places its indigenous cast at the center. All this is only reinforced by the fact that a Comanche dub was released alongside the English language version, a decision which stands in opposition to the prevailing Hollywood opinion that the only viable language is English.

Despite all the exemplary aspects of “Prey” it is by no means a perfect picture. It was controversially released directly onto Hulu without any theatrical exposure and, in an extension of this downsizing of cinematic scope, is haunted by a dull aesthetic which embodies the term “made-for-television.”

The flat and drab color palette feels dead compared to the maximal expressions of the 1987 “Predator”. Similarly, corporate Hollywood’s obsession with intertextuality plagues the pages of “Prey’s” script. Easter eggs and references to the previous installments run amok and only seem to serve Hulu’s marketing team. “Prey” is undoubtedly superior to the majority of films released beside it, but the rapturous praise it has received by the critical establishment seems to indicate a filmic capitalist realism where the release of a film with an actual sense of theatricality is inconceivable.

These shortcomings by no means indict “Prey”. The mechanics and bones of the filmmaking are solid and help elevate “Prey” above being a merely serviceable movie, unlike so many of previous entries in the franchise. Trachtenberg exhibits a very real control over the formal elements of the medium which both indulges and transcends any overt message the script might push. It might have failings, but “Prey” is still a film that can be admired. 4/5