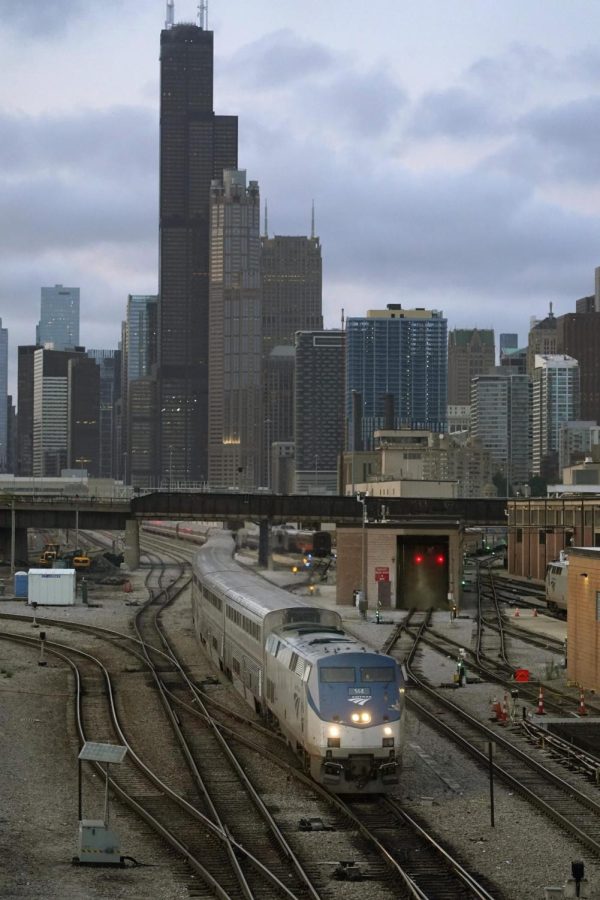 An Amtrak passenger train leaves Chicago headed south on Sept. 14. Union Station in Downtown Chicago hosts Amtrak and Metra lines that would have been impacted.

The agreement includes a 24% wage increase over a five-year period from 2020 to 2024, according to the Association of American Railroads (AAR). President Joe Biden got involved with unions to discuss compromise.

“The industry would like to thank all unions involved in negotiations for their efforts and dedication to reaching agreements throughout this process,” AAR said in a statement Thursday morning.

Metra canceled several service lines for Thursday night in anticipation of the strike, but they resumed as scheduled. DePaul did not make an announcement to commuter students about service disruption.

Students commuting to North, Northwest and West suburbs could potentially not be able to return home from campus. Lines were expected to stop running after 5 p.m.

Amtrak and Metra reached a negotiation after discussions overnight Wednesday.

“We are happy to report that in the overnight hours a tentative agreement was reached between freight railroads and their unions, averting a strike that could have started tonight and halted service on the BNSF and three Union Pacific lines,” Metra said in a statement.

The canceled strike would have cost the transportation economy $2 billion per day, according to the Association of American Railroads (AAR).

The agreement will affect 600,000 workers in the transportation industry.

“The industry thanks the Biden Administration, especially Secretary of Labor Marty Walsh, Secretary of Transportation Pete Buttigieg, Secretary of Agriculture Tom Vilsack, and the members and staff at the National Mediation Board, for their leadership and assistance in reaching these settlements,” AAR said in the same statement.