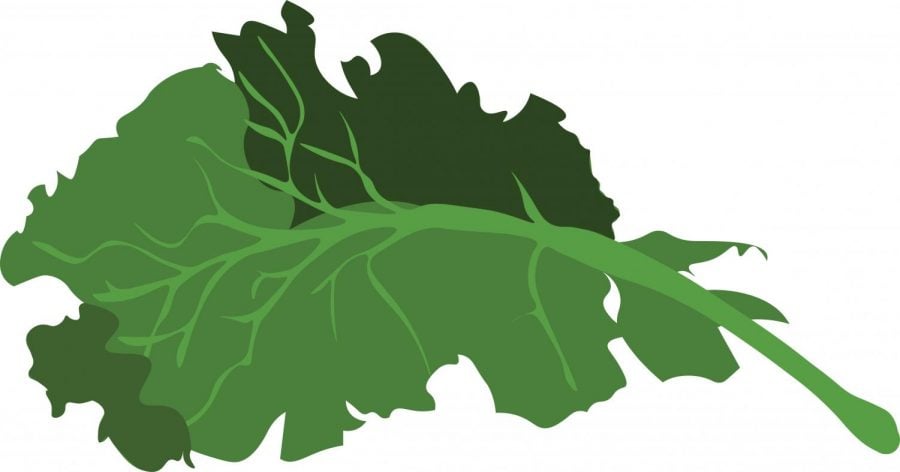 Community gardens give students an opportunity to grow their own produce

Strolling down the produce aisle in a grocery store can be mesmerizing and daunting at the same time. Every fruit and vegetable looks ripe and perfectly in place, but many of our favorite fruits and vegetables don’t grow in the snow; instead, they’re often imported from other states and countries, that causes their prices to go up and the quality to go down. Pick up a box of blueberries in January and you’re looking at a $20 price-tag on a few sour, mushy berries.

The best way to ensure that produce is cheap, fresh and in-season is by buying from local farmers or growing the produce yourself. The prospect sounds simple enough unless you’re living in a big city, where it seems like the only time you see a sprout is when it’s growing on an old potato. Luckily, the Chicago Park District offers a range of community gardens located in several different neighborhoods where gardening enthusiasts can pay to have a small plot of their own.

The gardens are classified as ornamental, edible or a combination of the two. The ornamental plots are dedicated to decorative shrubs and perennial flowers, while the “edible” plots are the perfect place to grow produce in the spring and summer.

This form of urban agriculture has been shown to benefit whole communities by improving air quality, reducing crime rates and just adding some natural color to a generally monochrome city. Each city garden makes a positive impact on both the neighborhood and the individual gardener.

Copeland Smith, a student at Columbia College Chicago, has been an active member of her community garden for over a year.

“I got some really solid salad greens out of (the garden),” Smith said. “The food I got was really high-quality, and that made me happy. I felt extra attached to it since I grew it myself.”

Although frost still covers the grass in the mornings, Smith has already begun preparing for her plot at the El Yunque Community Garden located only a few blocks from her house in Humboldt Park.

As the season begins to slowly transition from the harsh Midwestern winter to the more tolerable springtime, the produce possibilities begin to open up for community gardeners.

During the spring and summer months, Smith relies on her garden for sustenance and fills her plot with vegetables that grow well in the climate such as carrots, peas and peppers. “You buy seeds in large packets, so I still have a lot of seeds from last season,” she said. Smith recently also bought seeds for golden beets and two different types of tomatoes.

Being a part of the community garden also has certain economic benefits. The overall maintenance is communal, so members have access to supplies to keep their plots in shape.

“Everyone pays into the garden that I’m a part of,” Smith said. “We have certain things like shovels that we just keep in a big shed at the garden, so everyone has access to it.”

Although her plot is not large enough to significantly reduce her grocery bill, growing her own produce helps regulate some of Smith’s purchases so that there are certain vegetables she doesn’t have to pay for leaving her a few extra bucks to buy what she wants

“I ate so many cucumbers this past summer, and I didn’t buy a cucumber all summer, so I did reduce (my grocery bill) in some ways,” Smith said.  “I still splurge at the farmers market on berries and other produce I can’t grow, but I would be doing that regardless of if I had a garden.”

For students looking to grow their own veggies closer to campus, DePaul offers an Urban Farming Organization (UFO). The student-run organization aims “to build a platform for the exchange of knowledge in regards to agriculture in urban environments, to provide opportunities for DePaul students and faculty to engage in urban farming and to educate the wider public about how to establish and enjoy sustainable food production systems” according to their Facebook page.

Junior Maddy Robertson joined UFO as a freshman and is now a board member. She is currently working on reaching out to DePaul students and surrounding communities for volunteers for the garden.

UFO members and volunteers meet on Mondays and Thursdays. They are responsible for planning and maintaining produce in their garden located on the corner of Belden Avenue and Bissell Street. The organization begins growing their plants in a greenhouse during the winter, but as soon as spring comes around, the organization moves outdoors.

“We usually keep the door open when we’re volunteering in the garden, so if anyone wanted to come in, they could (come in) and check out the space,” Robertson said. “It’s usually DePaul people who are the consistent volunteers.”

Once the produce is ready, members and volunteers harvest the produce to use themselves. “UFO is supposed to be a learning experience, and they get something out of it by taking the food home,” Roberson said. They also sell any surplus at farm stands at the Ray to put money back into the organization.

The garden has its staples like tomatoes, spinach, kale and carrots. They have also grown eggplant and watermelon and have two raspberry bushes in the space. “When it’s really growing in the summer, the garden is just full of life and things grow pretty quickly,” Robertson said.

They are starting to grow lemon basil this year, and Robertson is looking forward to making fresh pesto from the herb. “Basil is a lovely plant, I love it,” she said.

Produce coming into season and how they can be used:

Objectively, dips are the perfect food because you can eat them as a snack or an entire meal, and there are almost no dirty dishes afterwards. Swap out chickpeas for regular peas in your favorite hummus recipe, and you’ve got yourself an easy and healthy dip for pita chips or carrots. A handful of peas also goes a long way mixed in with some white cheddar mac and cheese or in a good carbonara recipe. 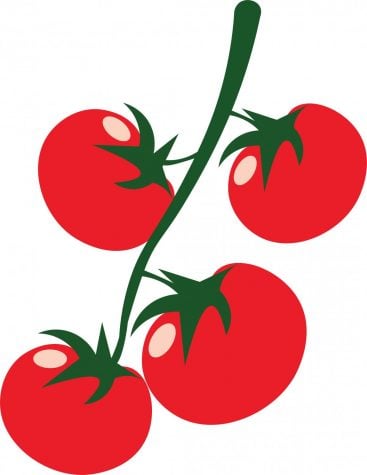 Salsa, obviously. You can also experiment with tons of variations from mild to spicy. Stir in some black beans and corn, or add some mango to the mix for a sweet, fruity flavor. As previously mentioned, dips are the perfect food since you can eat as little or as much as you want in one sitting, so make a variety, and you can have entirely different salsa for breakfast, lunch and dinner. 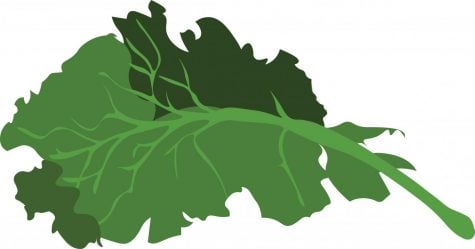 The superfood of the century, kale pesto is a great twist on a classic sauce for the season. It has a more earthy flavor than the typical basil pesto and pairs well with almost any pasta or chicken recipe. The leafy green also blends well in smoothies, or you can bake it with chili lime seasoning for a super delicious alternative to regular chips.

Veggies can be used in so many different ways other than salads and side dishes. Using carrots in breads and cakes is the ultimate way to add moisture to baked goods and trick yourself into eating vegetables. Recover an old carrot cake and buttercream recipe from your grandmother or Pinterest and bridge the gap between pastry and salad. After all, it’s got to be healthy since “carrot” is in the name, right?

Although asparagus doesn’t grow particularly well in Illinois, its growing season is in the spring, so it will still be fresh at the grocery store. If you’ve never pickled your own vegetables before, now is the time to start. It’s as simple as using a mason jar and some spices to make pickled asparagus that pairs fantastic with sandwiches and goes well in salads. It may sound strange, but it’s an innovative alternative from the boring old pickle spear. You can also wrap those bad boys in bacon as a way to really mask that vegetable flavor.