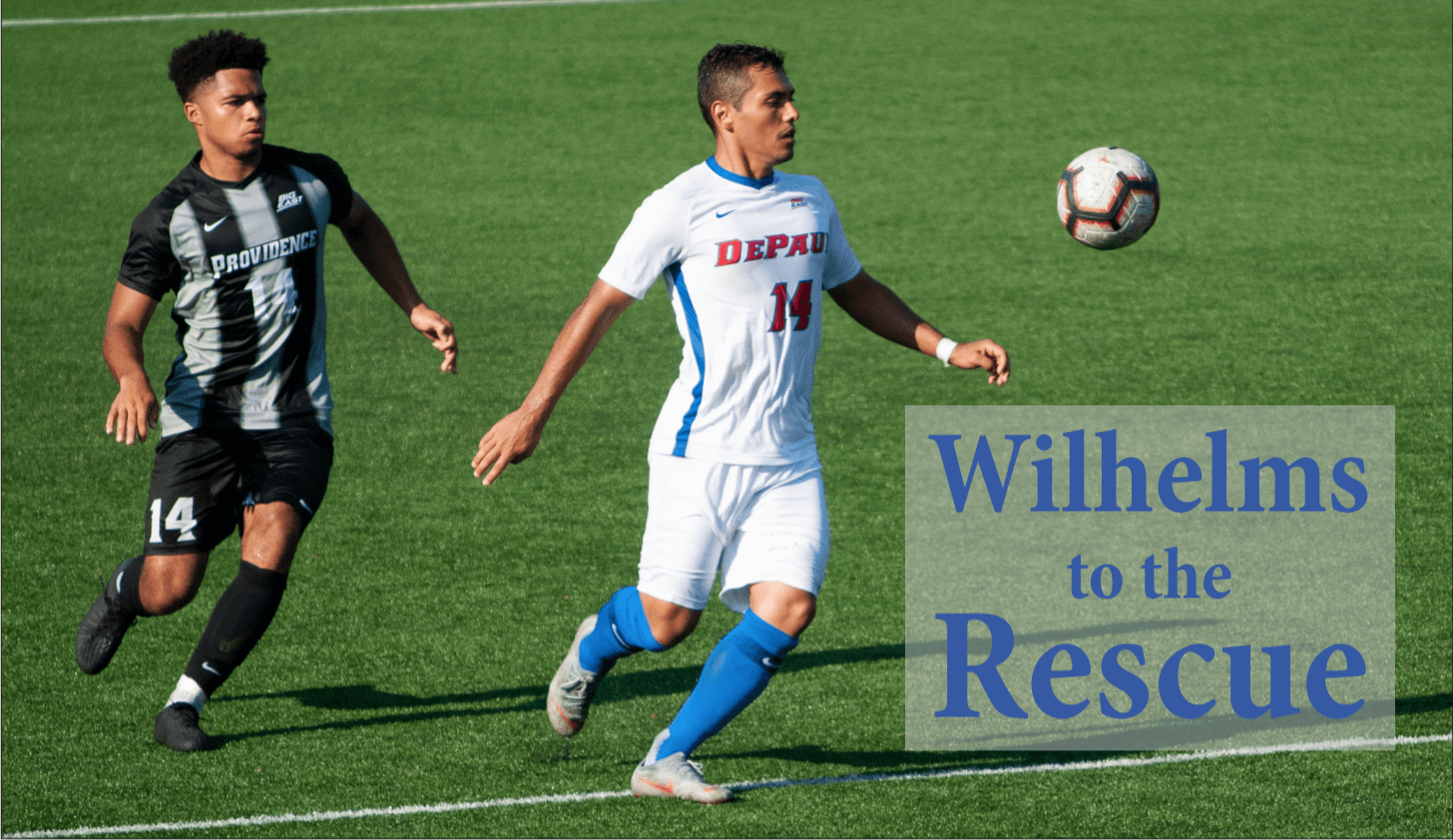 In the 35th edition of Big East soccer, DePaul kicked of conference play with a dramatic 2-1 win over Providence in double overtime.

“It was an awesome performance by the players,” first-year head coach Mark Plotkin said. “Scoring early on set the tone for the rest of the game, I thought we kind of dropped off a little bit in the game trying to hold on to the lead to much. But [Providence] is an awesome team and for our guys to put one away in overtime is great and I couldn’t be anymore happier for the guys.”

DePaul didn’t create many scoring opportunities after going up 1-0 less than five minutes into the game, but they relied on the scoring services of sophomore midfielder Istvan Wilhelms who bagged his first brace of the season.

Wilhelms gave DePaul the lead early on after senior captain Harry Hilling played in a through ball to Wilhelms, the Fryers goalie came out to get the ball, but he
couldn’t hold onto the ball and that allowed Wilhelms in for an easy finish.

I feel like a champion right now. Throughout the entire overtime I was thinking I just need one chance that’s all I need.”

“Getting the result at home against a great Providence team is exciting and we are looking forward to our next Big East game,” Hilling said. “This win is a great stepping stone for us, we still have a lot to work on but this give us confidence going into the next game.”

After Wilhelms gave DePaul the early lead, Providence responded by keeping most of the possession throughout the first half, but never generated any shots on goal
in the first half. In fact, even though they outshout DePaul 13-8, the Fryers had five less shots on goal than DePaul (6-1).

Providence was able to find the back of the net with their one shot on goal in the 51st minute when Providence junior midfielder Tiago Mendonca put away a rebound in the bottom corner. DePaul had a couple of chances to score in the second half, but were never able to create anything too dangerous.

“We had to take it play-by-play, step-by-step and wait to get our opportunities, but once we got that one chance we were able to put it away,” Wilhelms said.

During the first 15 minutes of double overtime neither team created any goal scoring opportunities as both teams struggled to keep possession of the ball. However, with less than five minutes left, freshman midfielder Jake Fuderer hooved a long ball onto to the running freshman midfielder Jack Richards who headed the ball down to the sliding Wilhelms.

The rest is history.

“I can’t describe how excited I am right now, I feel like a champion right now,” Wilhelms said. “Throughout the entire overtime I was thinking I just need one chance that’s all I need. When the chance came I rushed towards the ball and was able to tap it in and sometimes that’s all you need to score.”

“A big motivator for us was being picked to finish last in the Big East, everyone knew that in the back of their mind and we had something to say about that today,” Hilling said.

“It’s so hard to get points in this conference and when you can get three points against a really good team it gives us a lot of confidence heading forward,” Plotkin said.

DePaul will have a non-conference matchup against its inner-city rivals Loyola – Chicago at Wish Field on Tuesday 3 p.m. When these two rivals met last season at Loyola they ended up drawing 2-2. Loyola took the lead in the first half, but DePaul responded with two goals in the second half to take the lead with 15 minutes left to play. However, as the game continued to dwindle down the Ramblers found an equalizer with three minutes left in the game.

DePaul will finish the week by resuming conference play on Friday when they travel to the nation’s capital to take on Georgetown at 2 p.m.