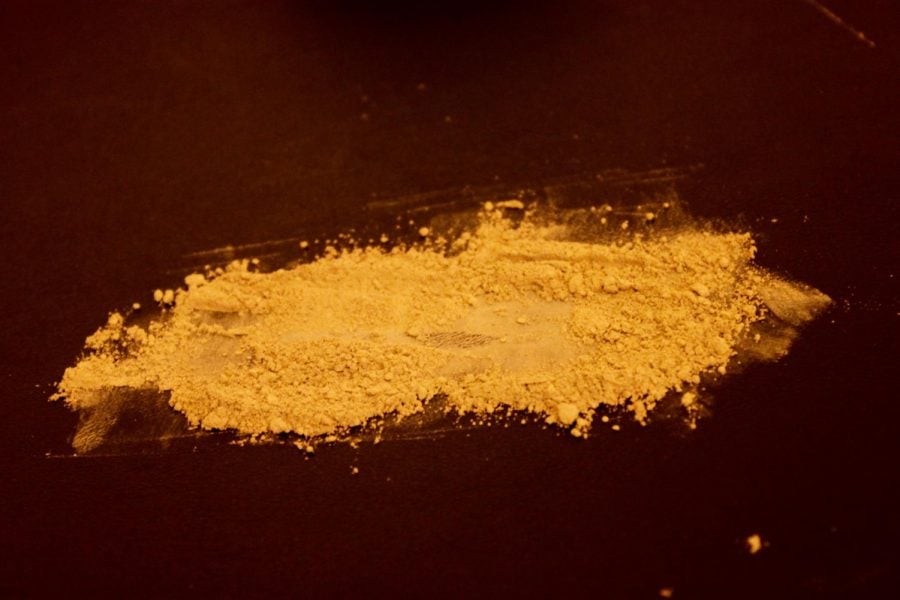 Getting to the root: When it comes to kratom, the legal opioid substitute, the benefits outweigh the costs

In 2018, America finds itself in the unique position of a state-by-state cannabis prohibition while also fighting one of the largest drug crises in the country’s history – the opioid epidemic. A new, breakout drug in the market could become a key player in both sides of the conversation for drug reform.

Kratom, the legal and sometimes over-the- counter herb, is native to Southeast Asia and found on trees in the coffee family, where its medicinal use has been documented for centuries. It is from these countries, primarily Vietnam, that kratom is imported to the United States to end up on store shelves. The substance is usually shipped in powdered form to be consumed through capsules, food or tea. Users report an earthy taste of matcha or green tea.

The past two years have brought an increase in the popularity and accessibility of kratom, which offers users a safer and healthier alternative to more harmful, addictive substances. Kratom has been used in different parts of the world for a long time, but its recent trendiness in the United States amidst a national opioid crisis has sparked fresh debates on the drug’s possible benefits, effects and risks consumers might not be aware of.

Although the drug has been available for decades, consumption and sales of kratom in the United States have grown greatly in the past two years. This was, in part, due to the backlash against a 2016 DEA proposal to classify kratom with opioids like heroin. Those who use kratom for medicinal purposes responded swiftly, forming a National Kratom Association and drawing media attention to their cause. In an unprecedented move, the DEA reversed their decision, sparking interest in the possible benefits of the previously little-known drug.

Relative to other opioids, kratom is far less likely to create a dependency, which makes it a possible alternative for opiate addicts and those who seek pain relief but do not want to rely on prescription medication. “People use it to wean off of other drugs,” said Gisele Ortiz, a 4-year sales associate at Diffused Galleria, where kratom is sold in raw form and with CBD additives. “It is not addictive, and you can’t overdose. But you can build up a tolerance very quickly.”

Ortiz is correct that a fatal overdose of kratom is virtually impossible, but an overdose in the form of overconsumption gives users effects of dehydration, nausea and fatigue. When a user begins to build a tolerance, these side effects grow stronger with higher dosage.

Although it’s possible to develop an addiction to anything, are some drugs truly worse than others? Or in seeking a less harmful substance to abuse, are we just trading out one problem for a different one?

It’s impossible to group addicts together and say whether a solution can or can’t work for everyone. What is important is to give people options for different scenarios, make them as safe as possible and educate, allowing them to make the best decision for themselves and their own bodies.

Kratom is no miracle drug. Its side effects are numerous, users build a tolerance quickly, and the lack of government oversight in kratom production and imports means the product can be very different depending on where or who you buy it from. But compared to other drugs that have picked up popularity in the past few years, such as K2, Spice and other synthetic cannabinoids, kratom is a far safer option for addicts. It is natural, and its use has been observed and documented outside of the Western world for centuries. As long as we stay educated as users, there’s no reason the drug should be taken off of shelves when thousands of people rely on kratom to lead healthier, fuller lives.

Ortiz says her clientele at their sleek Wicker Park location are seeking kratom more often for medicinal purposes and as an alternative to “a variety of drugs” from Adderall to heroin. What can confuse first-time users of the drug is how it can behave as both a stimulant and a sedative depending on dosage and strain. Diffused offers different strains of Kratom assigned by a color scale which specifies the type of high that can be expected. Ortiz still admits, “How someone will feel, that depends on the person, and their tolerance, and the original source of the kratom powder.”

“We had to do a lot of our own research,” Ortiz said. “Not every kratom supplier is trustworthy, not all the research is accurate, and we don’t want to give people the wrong information.”

“I don’t think it’s an inherently dangerous thing. It’s just a slippery slope.” said Angie, a DePaul senior who tried kratom recreationally for the first time this summer. “The effects are pretty mild right away, so you start to feel okay taking more and more. I started off with one gram, which felt fine for me. After a few times, I was taking three grams to feel the same as when I first started. I noticed the effects start to change, and it went from awake and euphoric to more foggy and sedated.”

Like Angie, many Chicagoans may not have heard of kratom until shiny, new start-up stores started popping up on the city’s north and west sides. As kratom becomes more accessible, its medicinal uses could bring a safer alternative into the lives of many addicts. The novelty, trendiness and accessibility of kratom, though, might make it harder for recreational consumers to see any adverse effects.