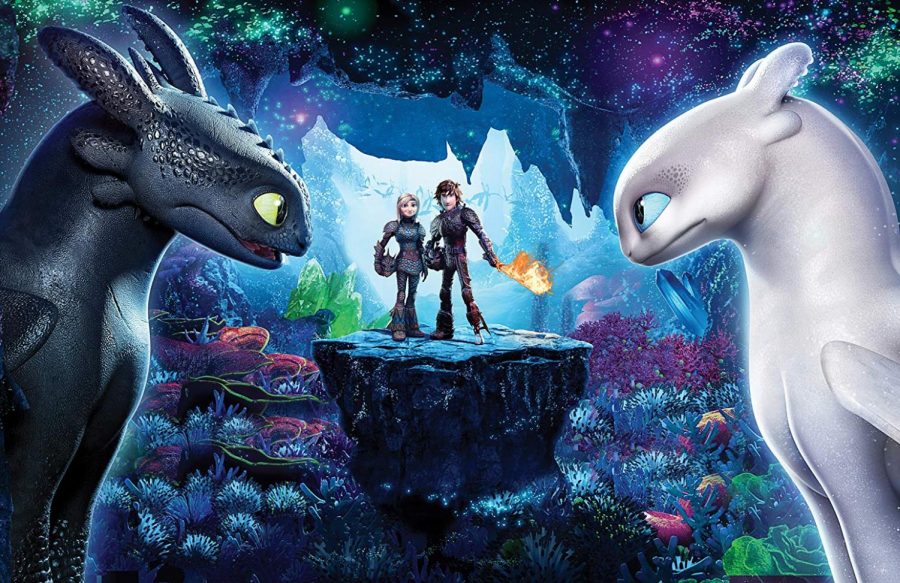 It can be easy to complain about the constant stream of sequels pouring out of Hollywood every year and lament about the loss of originality and true storytelling. But it’s films like “How to Train Your Dragon: The Hidden World” that can serve as a reminder of the rush of emotions that can accompany the completion of a trilogy of three welldone films. A rush that can never be equaled by one standalone film. This rush requires buildup. This rush requires a long journey, for the audience as much as for the characters.

The journey “The Hidden World” brings to an end is that of the scrawny Viking Hiccup and his pet dragon, Toothless. In the first film, the two met and became unlikely friends. Their love for each other showed the rest of Hiccup’s Viking tribe that dragons were not threats to kill on site, but just animals that needed love.

The second film saw the pair faced with a villain who utilized his skill of hypnotizing dragons to bring destruction to his enemies. To defeat him, Toothless and Hiccup had to learn what it meant to lead; Hiccup became the chief of his tribe and Toothless became the alpha dragon.

The final film puts another difficult challenge in their path. Grimmel is a hunter lusting for dragon blood. All of it. When Grimmel captures Toothless, both the dragon and Hiccup must learn to fly on their own if they want to come out on top.

While that moral is one that makes sense for the series, after two films of Toothless being literally incapable of flying without Hiccup, the delivery method at times feels overly familiar. It hits many of the same notes of Hiccup’s journey to become chief in the second one.  Particularly with the villain often feeling eerily like Drago. He’s just another guy who feels like he’s been wronged by dragons in the past and wants to destroy their way of life. He hopes to kill them all instead of enslave them. Up to you if that’s a step up or down.

The biggest new thing it brings to the table is the introduction of a new Night Fury/Light Fury to serve as a romantic interest for our dragon friend Toothless. Their relationship is brought to life through Toothless’ hilariously hapless courting attempts and his female friend’s initially horrified responses. The interactions seem to draw expertly from various existing animals to give the mating process a grounded base while still feeling unique to the dragon species. Throughout the film, both dragons are given expressive faces, from those looks of horror and confusion in the beginning to the more ‘“inviting” glances later — though thankfully things never got as ridiculous as Nala’s bedroom eyes from “The Lion King.”

The expressions on the dragons wasn’t the only area where the animation stood out. This film continued the series tradition of delivering stunning visuals across every aspect. While the first film has admittedly started to show some age, especially in the hair department, the second one still stands strong as one of Dreamworks Animations’ most visually impressive movies. This is partially because of master cinematographer Roger Deakins being brought on as a visual consultant. He returns to that role, and the animators do not disappoint in their roles either, delivering the most stunning visuals the series has to offer. Dragons shoot through lightning storms, castles melt below rivers of oozing lava and the hidden world itself features oodles of eye goggling visual banquets.

I’d love to come out and say how this just raised the whole series to a new level of quality and sent everything out on a high note, but I can’t. It was satisfying, but it was no “Toy Story 3.”

This film isn’t really going to surprise anyone. If you haven’t seen the first two or have and didn’t enjoy them, you’ve likely already written this off and I won’t try to change your mind. “Hidden World” follows a similar blueprint, and the ending will seem out of nowhere and over-the-top to those without the requisite emotional investment. To those returning to a series they enjoy, you’ve likely seen it already or are planning on it. If you are, for one reason or another, on the borderline for this, trust that it will deliver you just as much joy as you got from taking in the previous two films, which, if you are on the border, probably wasn’t that much.

Still, making a satisfying trilogy should not be scoffed at. It is a feat that is rarely accomplished. Almost every franchise that reaches the length of three films has at least one weak link. “The Matrix” was great, the sequels, not so much. The Godfather Part I and II are two of the greatest films out there, but the third was a significant departure from that quality. While “Dragon” may never reach those highs, its consistent, strong quality is still an achievement.