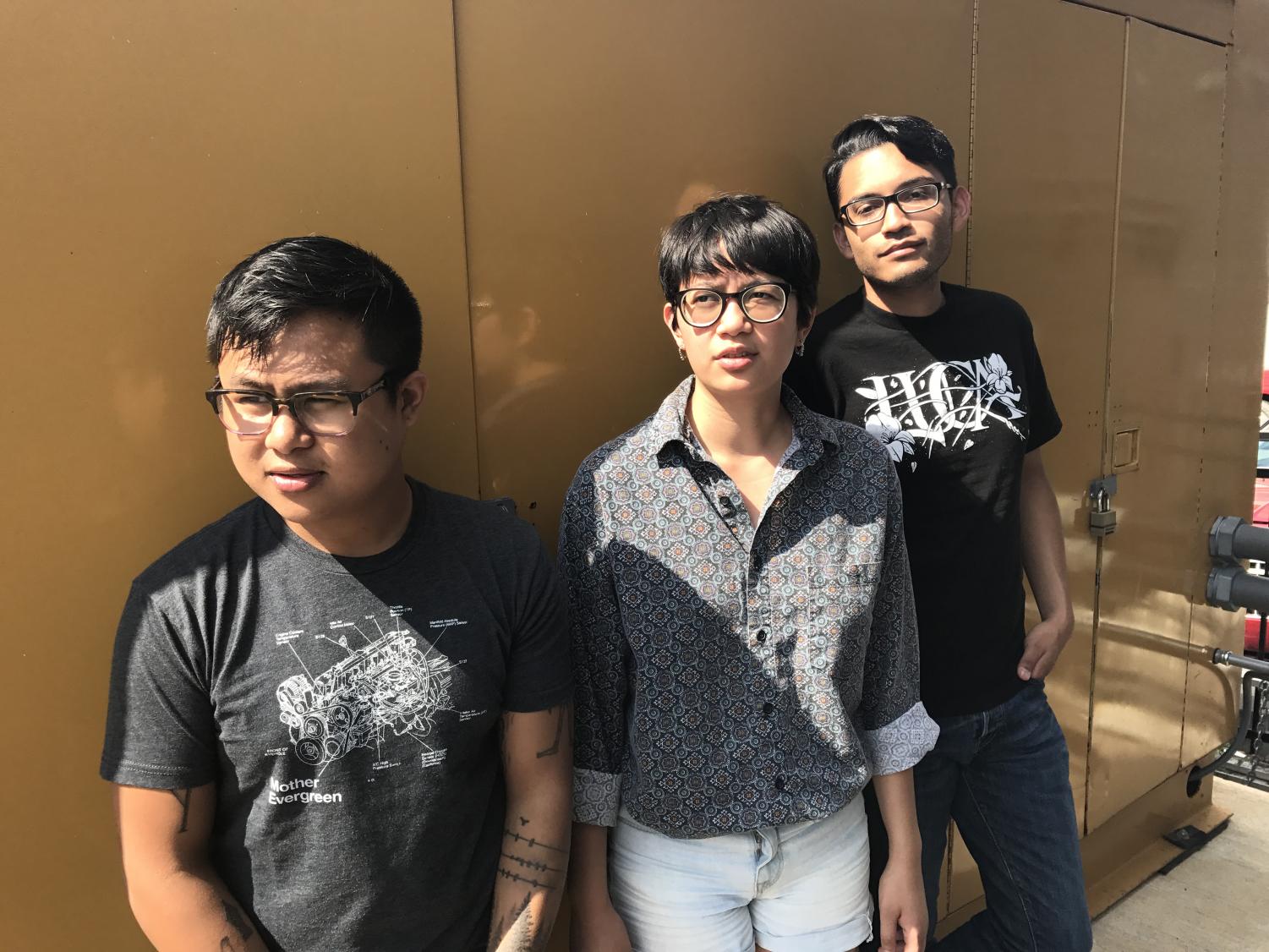 Members of the band Lettering find themselves at odds with their familial expectations. (Photo courtesy of Berto Martinez)

Members of the band Lettering find themselves at odds with their familial expectations. (Photo courtesy of Berto Martinez)

Stepping into the basement that is your local DIY music space, you can practically visualize who you’re going to see. Congregations of straight white males wearing Vans Sk8-His and cuffed pants take center of the space. It’s evident that, like other creative fields, many talented individuals are often under or misrepresented because of their race, gender, sexual orientation, socio-economic status, etc. Many DIY spaces have answered the call by taking a new initiative to highlight POC and LGBTQ+ musicians in response to the systematic invisibility that has long been apparent in the indie music scene.

One such venue is Side Street Studio Arts in Elgin, Illinois, a multipurpose music and arts space that features theater, art shows, music and more. Here, the thriving music and art scene features voices that often go unheard in their scene, and in popular media as well. Some unheard voices include those of first-generation Americans attempting to share their music and art. One Saturday night’s focus was on this with performances by POC and LGBTQ+ musicians, the rock band Lettering whose members are first-generation Americans.

For background, immigrants and their U.S.-born children make up approximately 86.4 million people in the U.S., or 27 percent of the entire U.S. population, according to the 2017 Current Population Survey.

Lettering members Kristine Medriano and Jinno Redovan talked about their struggles as artists in first-generation families. Many parents come to this country with the typical fantasy of the American dream in mind, so finding out that their child wants to be an artist instead of a doctor or a lawyer often creates conflict.

It’s a weird struggle because your parents always dream that when they come to America, you’ll become that doctor and buy them cars and stuff like that,”

As she got to the end of high school and had to decide her career plan, she chose the arts.

“‘But what about the hospital,’” Medriano jokes, imitating her parents’ reaction.

After some serious deliberation, her parents allowed her to study the arts in college. It didn’t come easy, though her parents eventually accepted it. Now, she ensures to give back to the community by volunteering for events and booking shows to prove to her still-skeptical parents that this is something she deeply cares for.

Redovan shares a similar story to Medriano, in that his parents wanted him to achieve greatness by becoming a medical professional or something else in the technical field. Though it wasn’t necessarily what he wanted, Redovan went ahead and got his Master’s degrees, so that his parents could have peace of mind. Since his parents are satisfied with his educational background, he says his parents are now open to letting him do what he wants.

The notion that first-generation Americans must adhere to their parents’ fantasies of the American dream isn’t just a stereotype; it’s often a real expectation. Many will follow their parents’ guidelines to live a successful life – successful meaning affluent. Asian-American families, like Medriano’s and Redovan’s, often place a high value on education. As of 2015, Asian men earn the most out of any race and gender in the United States at a median of $24 an hour, compared to black men earning $15, Hispanic men earning $14 and white men earning $21, according to a study from the Pew Research Center.

Brown University economist Nathaniel Hilger claimed in a Washington Post article that the stereotype of low-income Asian-Americans in the 1960s rising into the economic success of today may stem from their “extraordinary investments in their children’s education.” Asian-American families, along with other first-generation Americans, place a deeper emphasis on education for financial stability, and in many cases, to ensure their children have more opportunities for social mobility than they did.

Redovan followed this ethnic social norm to provide his parents with an assured state-of-mind, but music was kind of the guiding force that eased him through the trials of college degrees.

“Growing up, especially in high school, being involved in music was definitely the escape; that is the generic answer of everybody,” Redovan said.

But his answer couldn’t have been more truthful, as often times college students, in this case first-generation American ones, need a creative outlet to fully thrive through the stress

“I wanted to do something that I feel like was important and inspires me,” said Roberto Martinez, creative director at Side Street Studio Arts. “I wanted to fight back (against) the idea of doing something in (…) some sort of industry.”

Martinez’s goal was to prosper as a photographer in the music scene, and he eventually achieved that as one of the creative directors. Now he’s on to bigger music-related endeavors – he joked that he doesn’t have to book shows in “crummy basements” anymore.

Though this speaks centric to musicians in small music scenes, their stories nonetheless speak loudly to first-generation Americans who may feel pressured into living the life their parents wish for them.

The American dream manifests itself in a variety of ways, and it’s possible for different cultures to view it differently. The parents of these artists see it financially, with making the most money and having the most prestigious job being the emblems of success. But Medriano, Redovan and Martinez put their determination, hard work and initiative into their art to fulfill an underrepresented side of the American dream. Sometimes the dream people come to America to find isn’t always founded in affluence; sometimes it is found in the artistry that creates and contributes to something bigger than themselves.