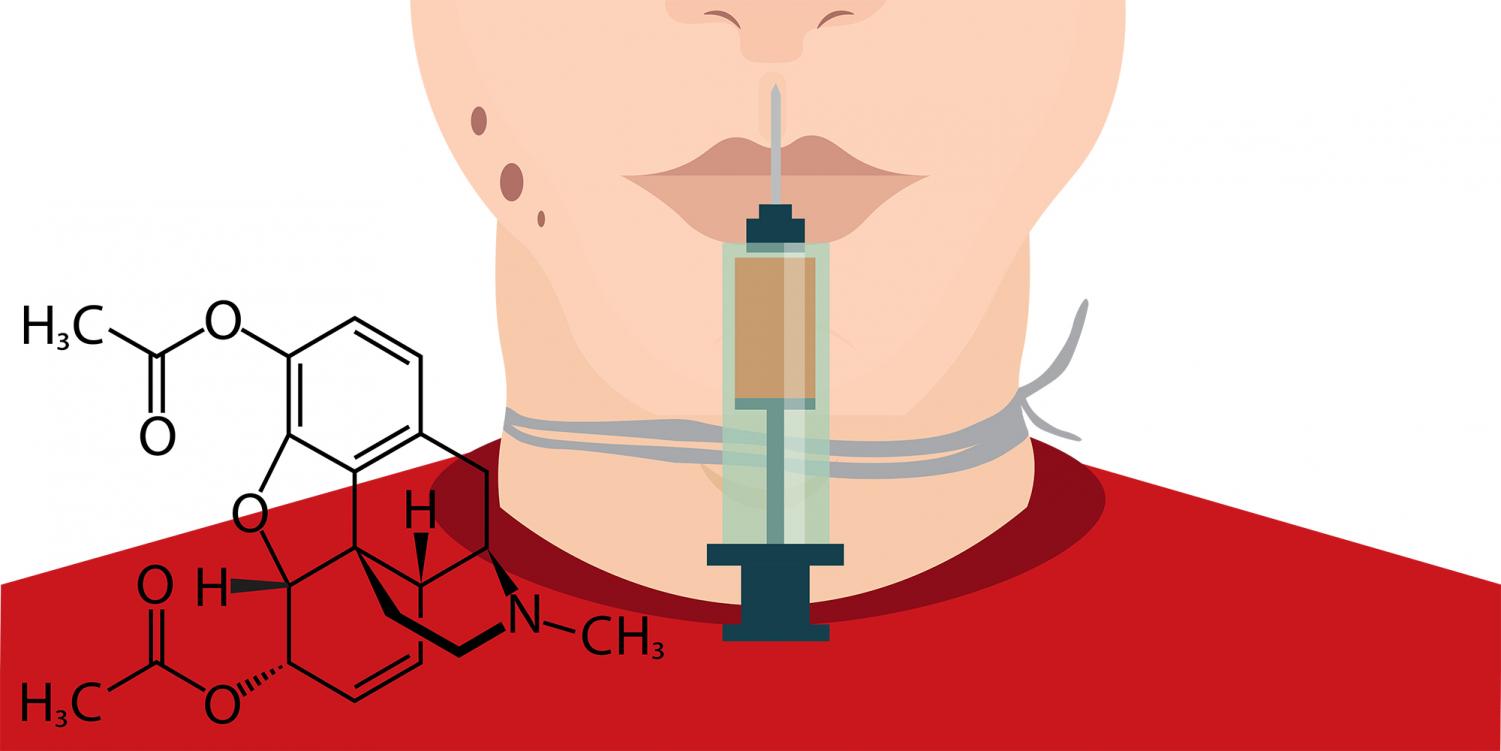 The opioid crisis finds itself in Suburbia, USA, and the silence around it is deadly

The truths of teenagers in suburban towns are often kept secret. In a suburbs – wealthy ones, in particular – there is a certain breed of truth that must remain hidden for teens to first save their friendships and then the reputation of themselves and their families. The truths of teenagers in suburban areas are often kept secret because many, including some from the high school I graduated from, are victims of the opioid epidemic.

I attended Hinsdale Central High School, located in the western suburbs of Chicago, from 2012 to 2016. In the past month, two Hinsdale Central alumni, Anthony Foderaro, 21, and Kevin Ryan, 19, have overdosed and died from alleged heroin use. Graduates like me find these headlines unsurprising, not because we know for certain that these young men were using, but because of the abundance of users who come from our community.

The deaths of these two individuals have taken a toll on the Hinsdale Central community, mobilizing many to think twice about how these two, who reportedly were previously clean, had gotten their hands on their last fatal dosage and how their friends, who were also using at the time of the overdoses, could have played a part in that exchange.

The thought that has been ruminating in my head since I first heard of their deaths is: Where does the responsibility of the user’s friends lie? For the enablers who supplied their friends with the fatal dose, should they be punished? And if so, how? The deeper we find ourselves in the midst of the opioid epidemic, the more instances there are of enablers of drug addicts – often family or friends – being charged with “overdose homicide” if a deadly overdose occurs. And for the friends who ceased talking with their addicted friends when they were using, are they also enablers? Then the question becomes: How do you support someone who has consistently lied to you about their sobriety and tried to get money out of you to buy their next ticket to bliss?

“The ones who try to convince you they are clean are the biggest (liars),” said one Hinsdale Central graduate who wished to remain anonymous. “Lying about who they were with, why they were in the city (where the most drugs are sold), how much they did, how many days they’ve been clean.”

The student, a close friend of Foderaro before his overdose, described how transparent he was about his addiction: “(He) was always honest with me and his closest friends, but it was also because of how much he hated heroin and would clearly explain to me his addiction.”

This level of candidness is not often the case, though. Many addicts will keep their addiction a secret from those they care about, because they either do not want to hurt them, or, more likely, they want to continue their habit without consequences or judgement.

(The recent events have) emotionally taken a toll on me, through the loss of friends and also trying so hard to heal an addict who cannot be healed,”

— said another Hinsdale Central graduate, who was close friends with Ryan.

“Since it’s so socially unacceptable, it’s like the addicts are these awful people when they’re not.”

We were told of the horrors of heroin at a ripe age, maybe nine- or 10-years-old. They berated our hardly developed minds with images of users, and I remember how vile and disgusting they looked. One of the officers who presented the substance abuse program to us in fifth grade told us: “Heroin will kill you. No exceptions.”

At the time this rang true, because it was the only reality I knew. Today, with two individuals who desperately wanted to get clean sadly killed by their addiction, the ringing continues, and it gets louder as the minutes drag on.

We were privileged with this type of education, and the privilege in my community does not end with education. The Hinsdale community is almost depressing in its affluence. According to the town’s 2013 census, the average household income was $236,654. But the high school hallways paint the image better than the statistic. It was clear to me that my classmates came from affluence. Name-brand clothing, organic everything in their lunch boxes and a lack of awareness for the hardships of those less fortunate than them. With their parents’ credit card and a new Jeep, Hinsdale Central students were given the freedom dreamed up in the narratives of teen comedy films. What the rich kids of “Pretty in Pink” and “Ferris Bueller” left out was the pull hard drugs have on privileged, mostly white, suburban students.

When I asked one Hinsdale Central graduate why affluent teens are drawn to hard drugs, she said: “It was the money and the freedom given by the parents.”

Teens want to feel included, no matter their place in the high school social hierarchy. For some from my high school, many of whom might be described as the “outliers” and the “alternatives,” drug experimentation occurred earlier than others. With pockets full of cash and minds set on upping their “cool factor,” experimenting with drugs was almost inevitable.

My argument is not to say that drugs should be completely eradicated from society because of our powerlessness in the face of the drug industry and its influence, but the discourse should fall where it hasn’t before – around the addicts’ family friends and those who knew of their struggle but did and said nothing. How should those closest to the addicts, and the enablers, address their friend’s addiction?

“Nobody ever thinks about the long term effects or consequences,” said another Hinsdale Central graduate who was a close friend to Foderaro. “Most people are just trying to have fun, but nobody thinks (overdosing) could happen to them.”

Heroin was introduced to the community long before my time at Hinsdale Central, but while I was there, rumors existed that much of the drugs pouring into the school were introduced around 2012 to 2013 by one individual, who was older than the rest of us by a few years. This person was said to have brought heroin to his friends telling them it was morphine. While the users later found out the truth, it was too late; the drug had been normalized by then. One student told me when she was offered heroin by another person and reacted negatively, the person who offered it said “I didn’t think it was a big deal.”

But, with the deaths of two alumni, who were sons, brothers, friends, intellectuals and, above all, simply good people with a bad addiction, it is the biggest issue currently haunting my hometown. And with tens of thousands dying from opioid misuse each year, it is one of the biggest issues haunting our generation. Caring for and loving someone who is an addict is a tough situation to be placed in, but we cannot give up on those friends, brothers, sisters and students who tell us: “I want to be clean, but I don’t know how.” Enabling an addict, by putting them in contact with a drug dealer or even supplying the drug, should always be looked at with the same disdain as cold-blooded murder.

“(Enablers) should have this problem haunt them forever,” said another Hinsdale Central graduate who was a close friend to both Foderaro and Ryan, when asked about the consequences for enablers.

Truthfully, she is right. These enablers, which includes the friends who remain silent, are the killers of our friends and classmates.