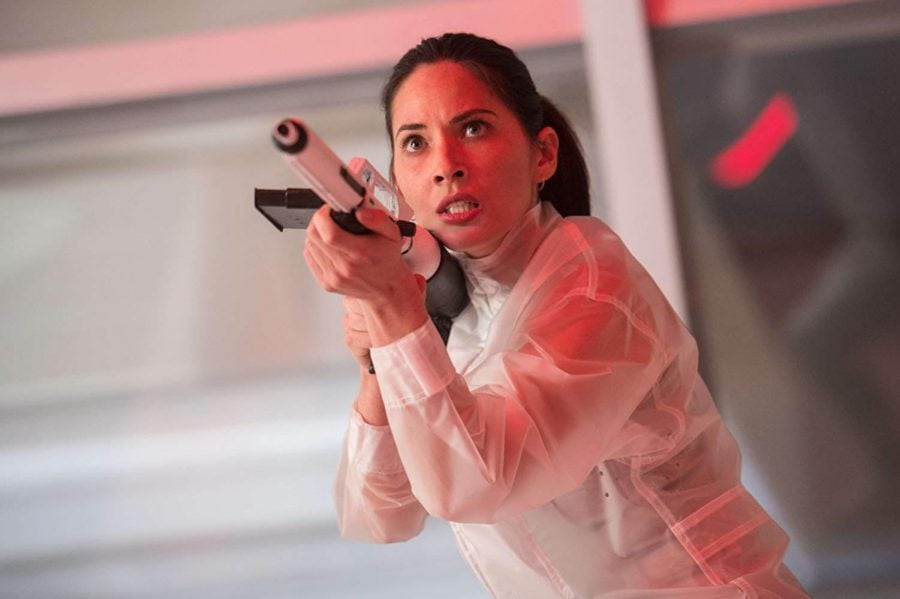 “The Predator” comes to us from 21st Century Fox (So is this a Disney movie now?) and is the first entry in the franchise since 2007. Fear not though, no prior knowledge of the predecessors is required for viewing. Although a watch of “Predator” wouldn’t hurt.

Now I would love to jump into a quick plot-teaser for the film right now, but they didn’t exactly make it easy for me. The basic idea is elite sniper Quinn McKenna (Boyd Holbrook) has a ragtag team of veterans that are trying to chase down a giant Predator to prevent it from creating more havoc. That’s a basic, basic run down.

There’s also a government team that’s trying to stop the Predator but doesn’t want McKenna to do it. The Predators also are trying to exterminate life on Earth so they can move in, but one Predator has gone rogue to try and help humans, but he’s still killing humans. Each member of McKenna’s team has a tragic backstory that hardly added to anything. Predators have dogs and one of them follows McKenna around for an hour of the movie and then spends the final act locked in a truck. There’s this totally-out-of-nowhere environmental message. This all leading to my biggest frustration with the film. These plot threads that felt like they sprung from nowhere made it difficult to get invested into the story. At all.

But okay, this is a blockbuster action movie, it doesn’t really need a good story, right? The original had the same “military group out to stop Predator’’ story and it worked because it had interesting characters. So, did I find any of the characters in THE “Predator” interesting?

For most of the film, McKenna felt like a standard loose cannon military guy. By the end, I found it hard to root for him. He has several actions that added it up to this, but the cherry on top was an interaction with his son, Rory, who has Asperger’s.

“I’m sorry I didn’t grow up the way you wanted me to, dad,” Rory said with tears in his eyes.

“Let me tell you something, I didn’t grow up the way I wanted,” Quinn responded.

The rest of McKenna’s crew were seemingly just defined by a quirk. There was the religious one, the jokester (played by Keegan-Michael Key), the smart one and the one with Tourette’s. Calling to mind my second big problem with this movie, the humor.

As a Shane Black film, I knew this was going to have a more humorous touch than previous Predator films. There were a lot of jokes in this one and some of them did make me laugh, but some I found unfunny or outright wrong. Like making one character just a giant Tourette’s joke. Or how one group member goes by the name “Nebraska” because his actual last name is Gaylord. Hahaha? That stuff won’t bother everyone, but it was just off putting for me.

Finally rounding out the characters is scientist Casey Bracket (Olivia Munn), who didn’t affect the story in any way. This movie probably fails the Sexy Lamp Test.

But there were some things I did genuinely enjoy. Any time a Predator showed up and started killing people I loved it. They got creative with the deaths. I was able to enjoy some decapitations, de-limbing, throwing folks around or just the old-fashioned stab someone five times. And they didn’t hold back on the blood. That stuff was thicker than molasses in winter and redder than a bullfighter’s cape.

These small action pieces where not enough for me to overall enjoy the film. However, I can’t outright say “don’t see this in theaters.” This was the type of bad film that could be enjoyed. Where in a film like “The Expendables,” the constant sense that the actors are in on the joke takes away from some of the experience. Here, I felt the movie wanted me to take many of these plot twists and turns seriously and that’s what makes it fun. So hey, if you have some friends and want to laugh at a movie rather than with it, this could be your bag. Otherwise, I would recommend sticking to the original.