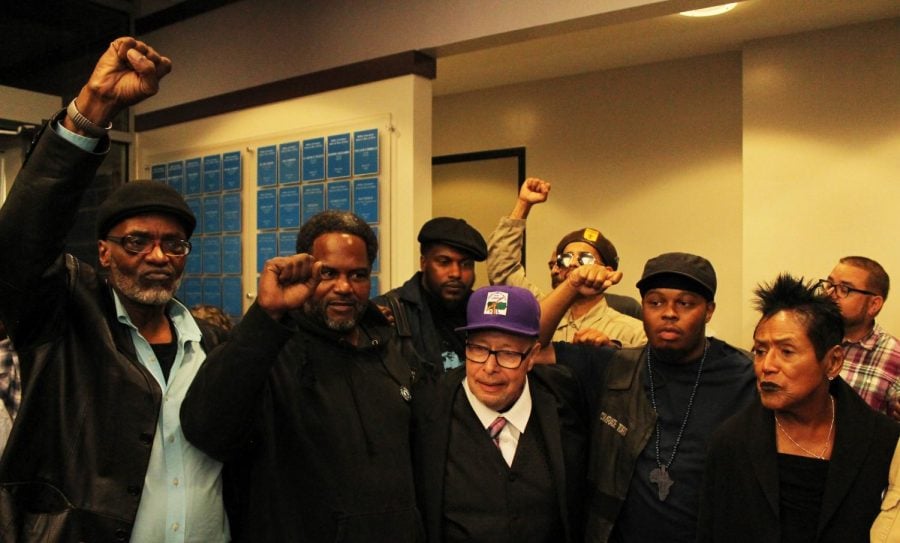 A Chicago-based group of former- gang-members-turned-political-activists marched back into DePaul University on Sept. 21 to speak out against inequality and oppression happening to Puerto Ricans and other people of color. This protest came nearly 50 years after their first mass occupance at DePaul in 1969 where the group brought these similar ideas to the community. The Young Lords ties with DePaul University go back as far as 1969, where the  group held forums at DePaul discussing how the school was depriving lower income residents of housing from the Lincoln Park area and driving them out. 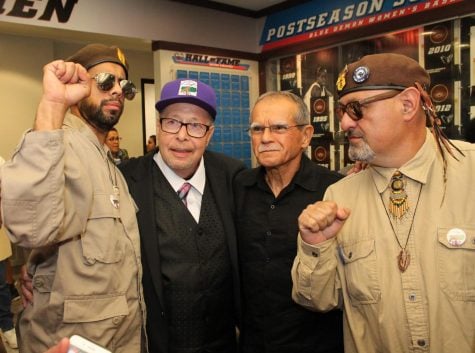 The Young Lords first started out as a street gang fighting other local gangs to control blocks of neighborhoods near the Lincoln Park. The group chose to announce their transformation to a street gang to a political organization during the 100th anniversary of El Grito de Lares, or the Lares Rebellion, which was the Puerto Ricans’ the first major revolt against Spanish colonial rule in 1868. The group, being influenced by and collaborating with the Black Panther Party, focused on the empowerment of Puerto Rican people within Chicago.

“As much as this humbles me to be seated next to two great people, I did not want to be the one to moderate this discussion,” Lazú said. “I did not want to do it, because I feel that at some point, I will get emotional with the questions I have for each of you and the impact you both have done for the Puerto Rican community here in Chicago.”

While much of the conversation was about the original foundations and history of the Young Lords, Jiménez speaks about the present day and how it is important to continue this revolution of civil rights not only for Puerto Ricans, but many other oppressed people. 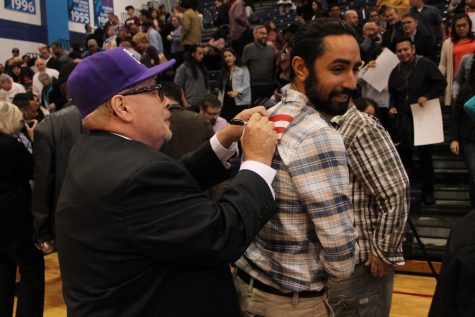 “Right now, certain parts of Chicago are being gentrified, which is just a nice term for this modern-day segregation,” Jiménez said. “We are being forced out of these communities into suburbs en- masse and being replaced by personas ricas [wealthy people].” Jiménez and Rivera were both given a standing ovation by the audience.

“I came to this event on one level to celebrate the 50th anniversary of the Young Lords and their impact on the fight for the liberation of Puerto Rican people,” says Joshua Smyser-DeLeon, a graduate student working on his masters in IT Project Management at DePaul. “I also wanted to meet [Jiménez] and Óscar Rivera who are two very influential people, not only to Puerto Rican people, but of people of color as well.” DeLeon later approached Jiménez and Rivera to get their autograph on a Puerto Rican flag as a keepsake.

The second day started off with a speech by Elaine Brown, the former chairman and minister of information for the Black Panther Party. She gave insight into the Panther ideology at the time of collaboration between the Panthers and the Young Lords.

“We had our differences here and there, but we both knew we were being oppressed in similar ways,” Brown said.

“We started to revolutionize and strived for solidarity within our communities to achieve change.”

Brown was followed with a series of panels that discussed topics like the Puerto Rican history and social change in Chicago, legacies and memory in movements done by the Young Lords past and present, and the art of protesting and activism among other things. In the evening, the Orquesta Charangueo Jazz Quartet performed in the John T. Richardson Library, along with a small wine reception. 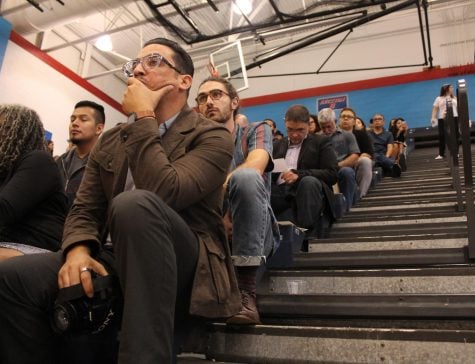 On the last day of the Young Lords anniversary symposium, guests gathered in the Student Center to celebrate El Grito de Lares with a discussion led by. Wilson Valentín, an associate professor of sociology and American studies at Hampshire College. Spectators were then treated to a play named: “Young Lords 50th Anniversary: What We’ve Learned,” written by Sammy Publes and produced by Ebony Road Players, as well as a recognition ceremony for the Young Lords’ founders and allies. The three-day event finishes with the “Young Lords Documentary” directed by Médar Serrata.