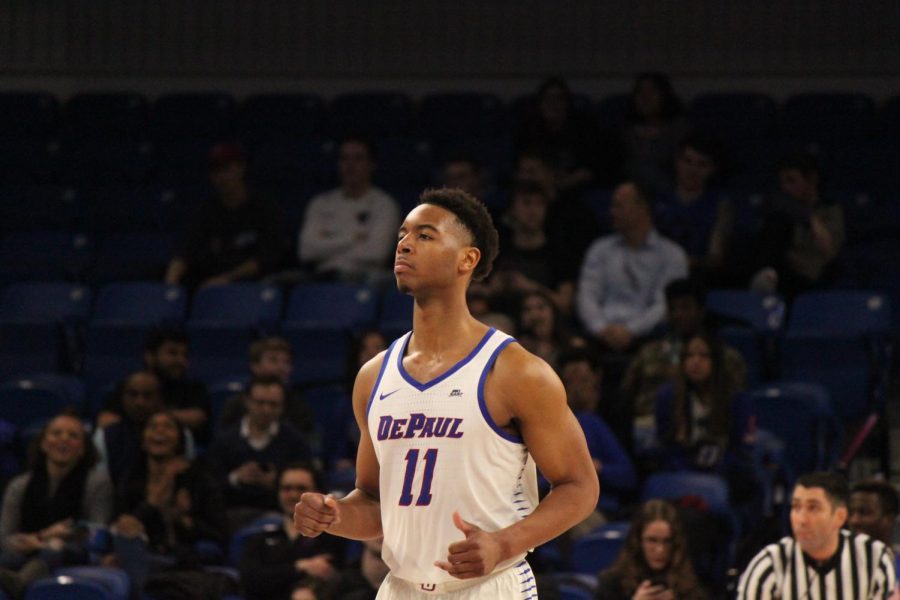 With just over a month left until DePaul opens its season against Bethune Cookman on Nov. 7, the players are set to return to the court for organized practice this coming week. The full Big East schedule was released as a reminder the season is fast approaching.

At first glance, the non-conference schedule looks quite different from last year’s when Notre Dame, Illinois, Michigan State and Oregon marked four of the first five games on DePaul’s schedule. This season, with a veteran but new group, that features three seniors, two fifth-year players and a couple other players coming off redshirt seasons, DePaul head coach Dave Leitao opted to space out the non-conference opponents in hopes of allowing his team to find a rhythm early in the season.

“We haven’t played together as a group with the roles that they have,” Leitao said. “So in lieu of going out to the PK80 or one of those tournaments I thought it was better to kind of set the schedule up that would still be challenging but yet kind of establish some chemistry and some rhythm and ultimately some confidence as we go through November and December.”

After opening Wintrust Arena against Notre Dame last season, the Blue Demons will travel to South Bend, Indiana to take on Mike Brey’s squad on Nov. 24. The Fighting Irish pulled away in the second half last season for a 72-58 win. Notre Dame is coming off a disappointing 21-15 season in which they failed to receive an NCAA Tournament bid, but Leitao said having the opportunity to play a consistent power like Notre Dame is an opportunity they can learn from.

“Any time you play a program that is as established as they are you don’t necessarily play that team, you play that program,” Leitao said. “Coach (Mike) Brey has done a wonderful job over a long period of time of year- in-and-year-out developing his guys as high level, competitive, executing and winning team as anybody in the country so again going on the road and playing a team that knows what they’re about and are not going to be intimidated by anything, is a really difficult challenge but that’s what we want to do with Penn State, Notre Dame, Northwestern, these teams like that.”

DePaul’s home portion of the schedule is bookended with two teams on the rise. Penn State, who won the NIT last season, and Boston College, who made one of the biggest jumps in college basketball when they won 19 games after winning just nine the year before. Senior guard Eli Cain said both these games, along with Notre Dame, are an opportunity to build confidence and put their name on the map early on.

“It’s an opportunity for us to show the league, show the world, show ourselves most importantly what we can do, what we can be as a team,” Cain said. “Penn State being from the Big Ten, Boston College last year had a really good year in the ACC so I think it’s two teams we can really make a mark on.”

The Blue Demons’ conference season begins in familiar fashion with matchups against the top two teams from last season, Xavier and Villanova. Junior guard Jalen Coleman-Lands is looking forward to opening with these two opponents.

“Tremendous challenge and benefit at the end of the day they give us something to look forward to,” Coleman-Lands said. “It gives us a great start to set the tone for our season, there’s a lot of benefits to it. Then again knowing that these are two seasoned teams so we know that we’ve got to be as prepared as possible, there’s no better motivation for us than to have those two caliber teams in front for the first two games.”

With over the half roster new from last season either through transfers or as freshman, Cain said while he will have to talk to the younger players about what to expect in those 18 games, playing in those games will provide the best experience for the new players to learn what playing in the Big East is all about.

For Cain, his trips back to the east coast are going to come early on with Villanova and St. John’s marking two of their first four games in Big East play. The senior guard said players usually do pay attention at the schedule, eying key dates such as when they may make a trip home if they are from out-of-town, as is the case with Cain.

“I would say you look at those games that you want to circle,” Cain said. “Like for me those games going back home to Seton Hall, Villanova, St. John’s but like I said being competitors especially in the Big East we all want to play against each other and I know we’re all feeling the same way just excited to get the season start.”

One of the tougher stretches of the season comes in mid-January with three straight road games to Seton Hall, Marquette and Providence. Coleman- Lands said handling that tough stretch starts with their mindset in practice.

“Honestly right now we’ve just been taking it one day at a time,” said Coleman- Lands. “A lot of guys have been doing stuff out of their comfort zone working out afterwards, hanging out more off the court, which transfers on the court. Just got to do our part on the court so when we go play away games we are prepared mentally, physically, spiritually so we’re all just one.”