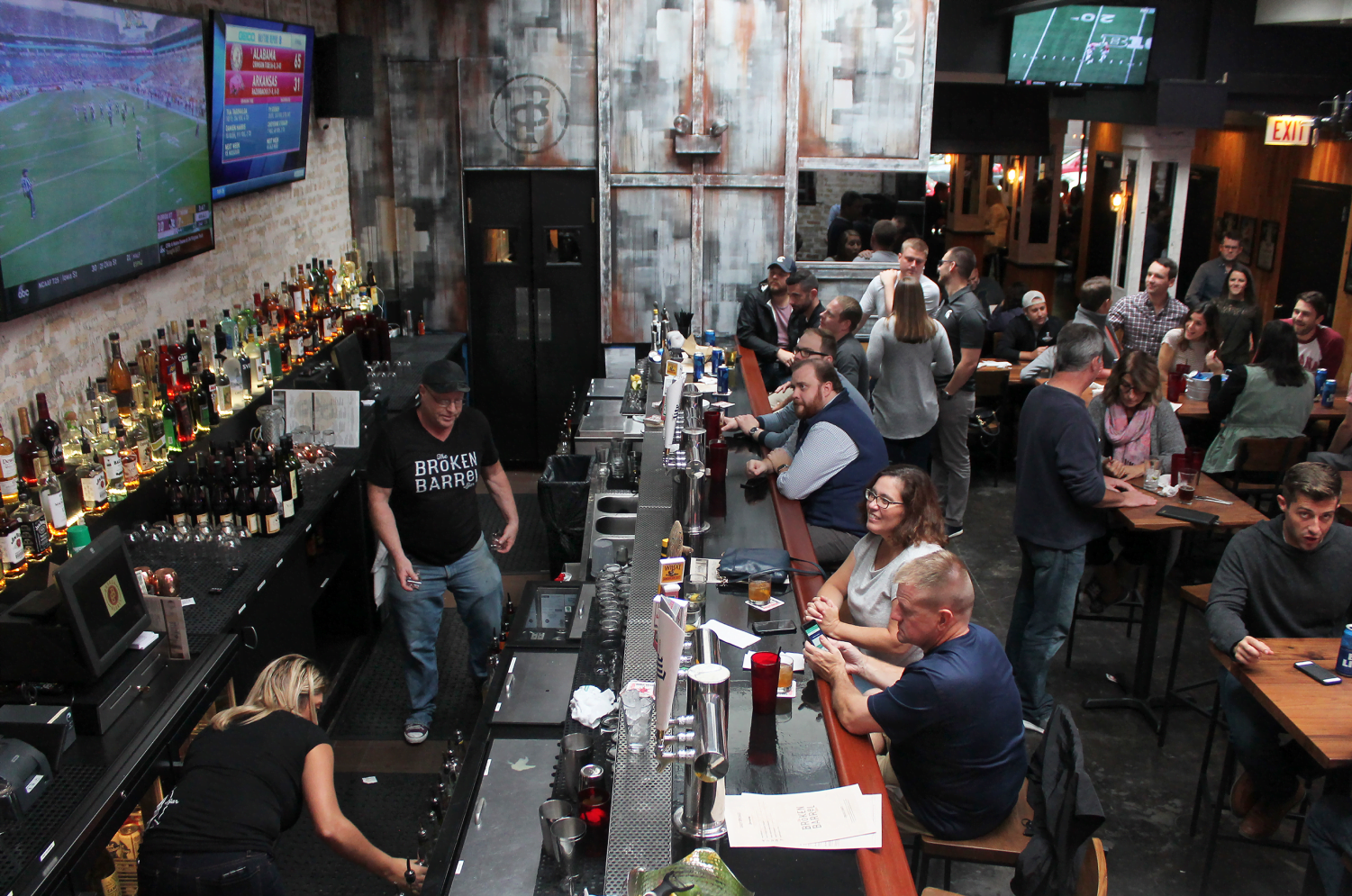 Opening in early September, the Broken Barrel Bar features a 2000 square foot beer garden, as well as board games people can play while they enjoy signature-house meats. (Xavier Ortega | The DePaulia)

Opening in early September, the Broken Barrel Bar features a 2000 square foot beer garden, as well as board games people can play while they enjoy signature-house meats.

Nearby restaurants ramp up

When you think of Chicago food, you probably think of all the big eats the city has: deep dish pizza, hot dogs with very specific toppings, and Italian beef (preferably dipped). However, perhaps now more than ever, the city is offering even more diverse options for hungry customers.

From a student’s perspective, when asked about how he sees the diverse range of food options around campus, senior Joey Traverso said that in a city like Chicago, exploring new foods should be considered an essential part of the college experience. “College is kind of a stepping-stone into adulthood,” said Traverso. “Knowing what your options are and what sort of things that you can make or different things you can eat, I think it’s really important to develop a palette for a lot of things.”

Michael Avella, a DePaul professor at the School of Hospitality Leadership, said that now more than ever, the food scene in Chicago is growing in quality. “What’s exciting to me is you can just pick any neighborhood and get a great experience, where you didn’t have that 10 years ago,” said Avella. “Lincoln Park has always been kind of a foodie neighborhood, it’s always been a destination neighborhood. You know the fact that DePaul University is there— it just enhances that dynamic.”

That sentiment is shared by Victoria Saro, daughter of the owner and operator of Cedar Palace, a new Lebanese restaurant located near Oz Park on the 600 block of W. Armitage Ave. “This neighborhood is a really great place to open up a good restaurant. This is a very nice community to be in, everyone is very friendly,” said Saro. “They’re very excited that we’re opening up and that there’s a different culture to come around in this area.”

This is the first restaurant the family has opened in Chicago, although Victoria’s mother’s family in Lebanon had multiple restaurants. Chef Silvana Saro learned how to cook from an uncle who himself owned and operated a restaurant in Lebanon for almost 50 years. 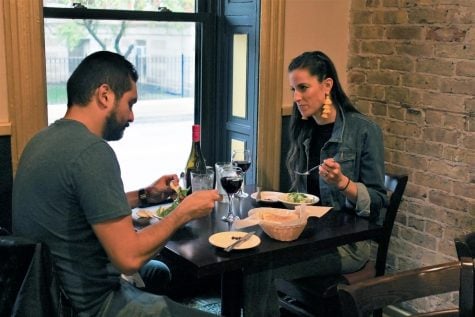 Victoria calls the restaurant a family operation, with her mother cooking, herself serving after school and on weekends, and her father helping to clean the restaurant when he gets off work. “We’re a family run business, so nobody is really getting paid, we’re all just trying to help each other get back up on our feet,” she said.

To the west of Lincoln Park campus on the 2500 block of N. Southport Ave. is another newly opened restaurant The Broken Barrel Bar. For Broken Barrel, being a part of the community is everything: featuring artwork from local graffiti artists, music by popular local DJs, local beers, and games and open space to relax in addition to its food and drinks. For chef Bryant Anderson, he says that he was perhaps most proud to see the congregation from St. Josaphat’s Catholic Church come to his restaurant for a post-Mass meal.

“I think having live entertainment and supporting local Chicago artists is essential,” says Michael Avella on Broken Barrel. “There’s no wrong answer to any of this, but anytime you want to do something local, you’re gonna win.”

For Anderson, it’s important to be a part of the greater Chicago community, but still be distinct enough from the multitude of other BBQ joints in the area. “We don’t want to be just another barbecue place in Chicago, this city has so many of them as it is,” says Bryant. “What we wanted to instead focus on is chef-driven smoked meats, something that’ll make customer’s say ‘I’ve never eaten anything like that before.’”

Opening next month just a stone’s throw from campus is Bobby’s Lincoln Park, located in the ELEVATE apartment building near the 2500 block of N. Lincoln Ave. For owner Bobby Arifi, opening up a restaurant is a sort of homecoming. Arifi got his start on Chicago’s West Side at his father’s restaurant, and eventually ended up here in Lincoln Park working at Peter’s Restaurant. There, Arifi would meet his future wife, the daughter of the restaurant’s owner.

Bobby’s Lincoln Park, while still under construction, is clear in the mind of its owner. The one thing he wants to accomplish is to create a restaurant for everyone in the community. “The most important thing for me is creating an atmosphere of regulars and of comfort,” said Arifi. “I want people to be just as comfortable coming in in shorts as they do coming in in dress pants. We don’t feel there’s any difference between students and older business professionals”.

With just a month to go before it opens, Arifi says he’s simultaneously nervous and excited, not helped by the fact that he’s put all his own money into the restaurant. “There are no financial partners on this one,” says Arifi, “this is all me, I’m using my own personal passion to make the restaurant its own.”