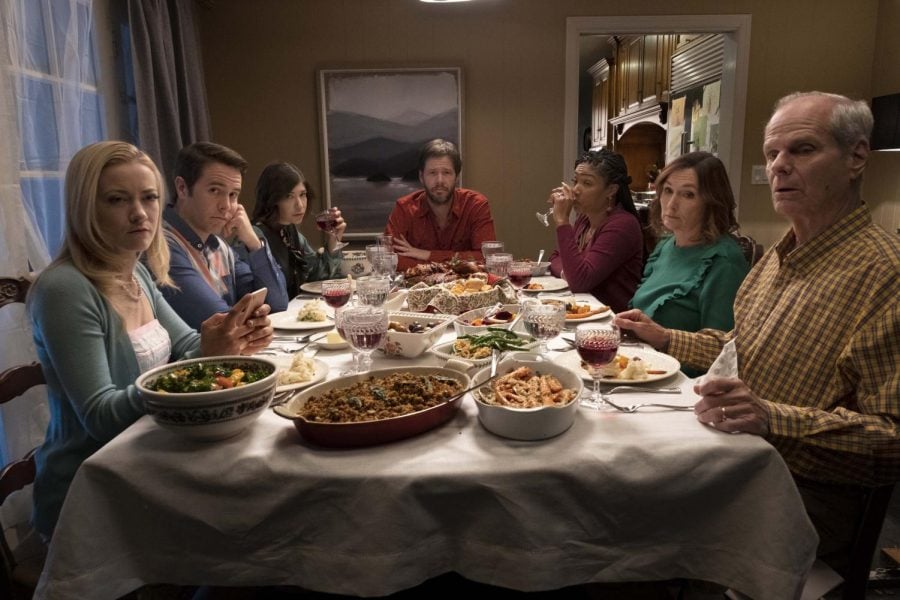 Dystopian optimism in “The Oath”

Since the historic election of Donald Trump nearly two years ago, comedian, actor, and filmmaker Ike Barinholtz knew where his next movie was coming from. At the Thanksgiving that followed that day, Barinholtz found himself entrenched in arguments with his own family about politics, despite their similar ideological views. Considering how easy it was for them to fall into an argument, he considered how the same must be true for scores of families around the nation. From there, he set out to write a new family holiday black comedy in which the stakes are high and the political influence is heavily felt. In short, Barinholtz set out to write, direct and produce a film like none you’ve seen before.

In “The Oath,” the government has recently created a loyalty pledge that citizens can choose to sign as an oath of allegiance to the country and its government. On the flip side, anyone who doesn’t sign may potentially be targeted as unloyal citizens. Barinholtz stars as Chris, a news-junkie who is consumed by what is happening in the country, which often results in persistent unpleasantness and frustration which he directs toward his family. Tiffany Haddish plays opposite him as his more mild-mannered wife Kai. At Thanksgiving, Chris’ family joins them and the tense political atmosphere bubbles over and promptly erupts.

A variety of ideologies are represented in the film, which was one of Barinholtz’s main intentions.

Because of this, Barinholtz was tasked with representing a myriad of viewpoints but also balancing comedy and tragedy in order to perfect the tone he was going for. The tonal challenge also held significant weight in how the movie would ultimately be received. If too comedic and light, some might say the film ignored the gravity of the situation we’re in. If too dark, one might argue that the true humanity of people is being left out, Barinholtz said.

“I knew setting out on this it was gonna be a different movie in terms of tone,” he said. As such, he leaned on a few experienced friends in the industry, like Jordan Peele, to ensure that balance was achieved.

A lot has happened in the years since the election but the core of “The Oath” has largely stayed the same, Barinholtz said. Instead, over time he began to notice that “The Oath” and the situation depicted therein were becoming increasingly relevant. First, during the preparation stage of the movie, Trump interrogated former FBI director James Comey about his loyalty. Then, after they shot the film Trump began tweeting about National Loyalty Day, a holiday that has existed for a long time but hasn’t been acknowledged by any president in recent memory.

Soon, Barinholtz began noticing that his movie was becoming more relevant as time went on.

“Life copying art that was already copying life,” Barinholtz said of the parallels between the U.S. and the near- dystopian world he had created. “All it did was reinforce our thinking that we have to get this movie out right now because there’s a sense of urgency here.”

While the film has become increasingly relevant, Barinholtz reinforces that the main goal is to make people laugh. But if viewers also want to make amends with their families afterward that’s great too, he said. Too easily do people become obsessed with forces they can’t control, like the government, and let them negatively impact personal relationships. Most importantly, Barinholtz wants to send a message of optimism to his audience.

“I am optimistic and I do think we’re bigger than any one party or any one person,” he said. “I do think we will come up on the other side of this and we’ll see some daylight … we are gonna come out of this okay.”