In search of greatness 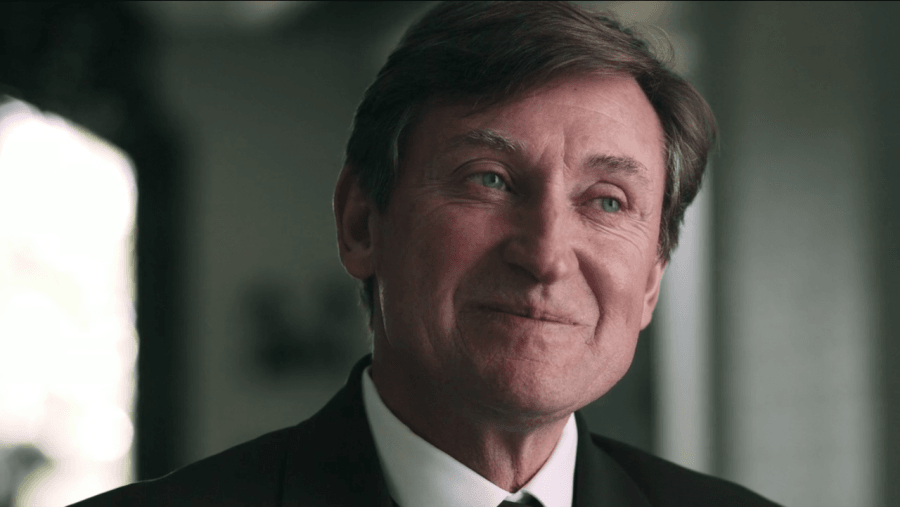 Gretzky is widely known as the greatest hockey player to ever play the game.

What makes the greatest athletes of all time great? Of course, physical ability comes to mind. But beyond that, what qualities do these people share, if any, that destined them to this life? What separates them from the rest of us?

These questions lay at the center of Gabe Polsky’s new documentary film “In Search of Greatness.” Polsky sits down with hockey legend Wayne Gretzky, former NFL star Jerry Rice and Brazilian soccer icon Pele to discuss their respective journeys of becoming the greatest in their sport and what they did, or didn’t do to get there.

“I don’t see this as a sports film. We’re a society obsessed with sports,” Polsky said. “So I’m going to deliver the message through the greatest athletes of all time because people are going to listen to them.”

In the process of uncovering the true reasoning behind greatness, the film dispels many of the commonly held beliefs of what results in success in sports: mandatory and repeated practicing, early specialization in one sport, and a focus on the measurable statistics. Instead, what “In Search of Greatness” touts is personal creativity and ingenuity, qualities perhaps best embodied by Gretzky himself.

It is a balance where you need to understand the fundamentals and the rules but at the same time, challenge them and figure out your own way. Don’t just do something because you’re told to do it. Think about why.”

As a hockey player much smaller than the rest, Gretzky came to realize that he was going to have to get creative to excel in the sport. As a result, he eventually created an entirely unique way of playing hockey that had yet to be seen and changed the game forever. This resourcefulness was not the result of never-ending drills but rather Gretzky’s creativity manifesting itself through his greatest passion. For Polsky, this perfectly shows the necessary balance one must have between structure and spontaneity.

“It is a balance where you need to understand the fundamentals and the rules but at the same time, challenge them and figure out your own way,” he said. “Don’t just do something because you’re told to do it. Think about why.”

In addition to these interviews, Polsky references other people outside of sports to allude to the fact that greatness is a quality that extends beyond the barrier of one’s specific field. This includes acknowledging the impact that David Bowie had on the music industry and Meryl Streep’s achievements on screen.

“I like, in any field, someone who is bringing something new to the table,” he said. “It’s human nature – pursuing greatness.”

To further emphasize this fact, when screening the film, he never showed them to sports-centric audiences. He instead chose to screen the film to viewers that knew very little, if anything at all, about the athletes featured.

“How do I connect people on an emotional level where they can basically see themselves in every aspect of the movie and sort of think about themselves and how they fit in within the world.”

Most of all, Polsky hopes that through this film people will begin to think differently about greatness and success.

“I hope that we can take the film and that everybody gets quite a bit out of it for themselves and for our society. Because I really think this film is about mental health and the health of our society,” Polsky said. “Sort of what makes us happy and what makes us great. At the end of the day it’s about having fun and that’s what’s going to make you successful at what you do.”