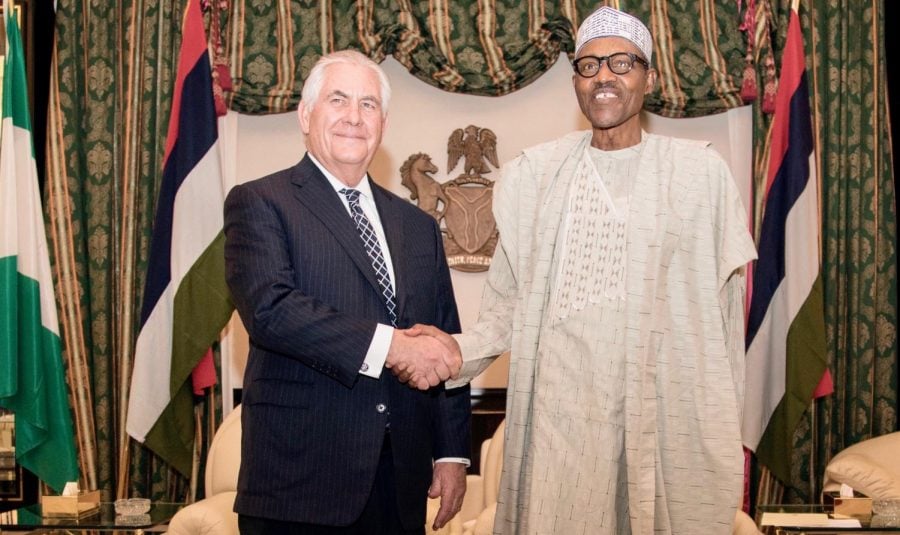 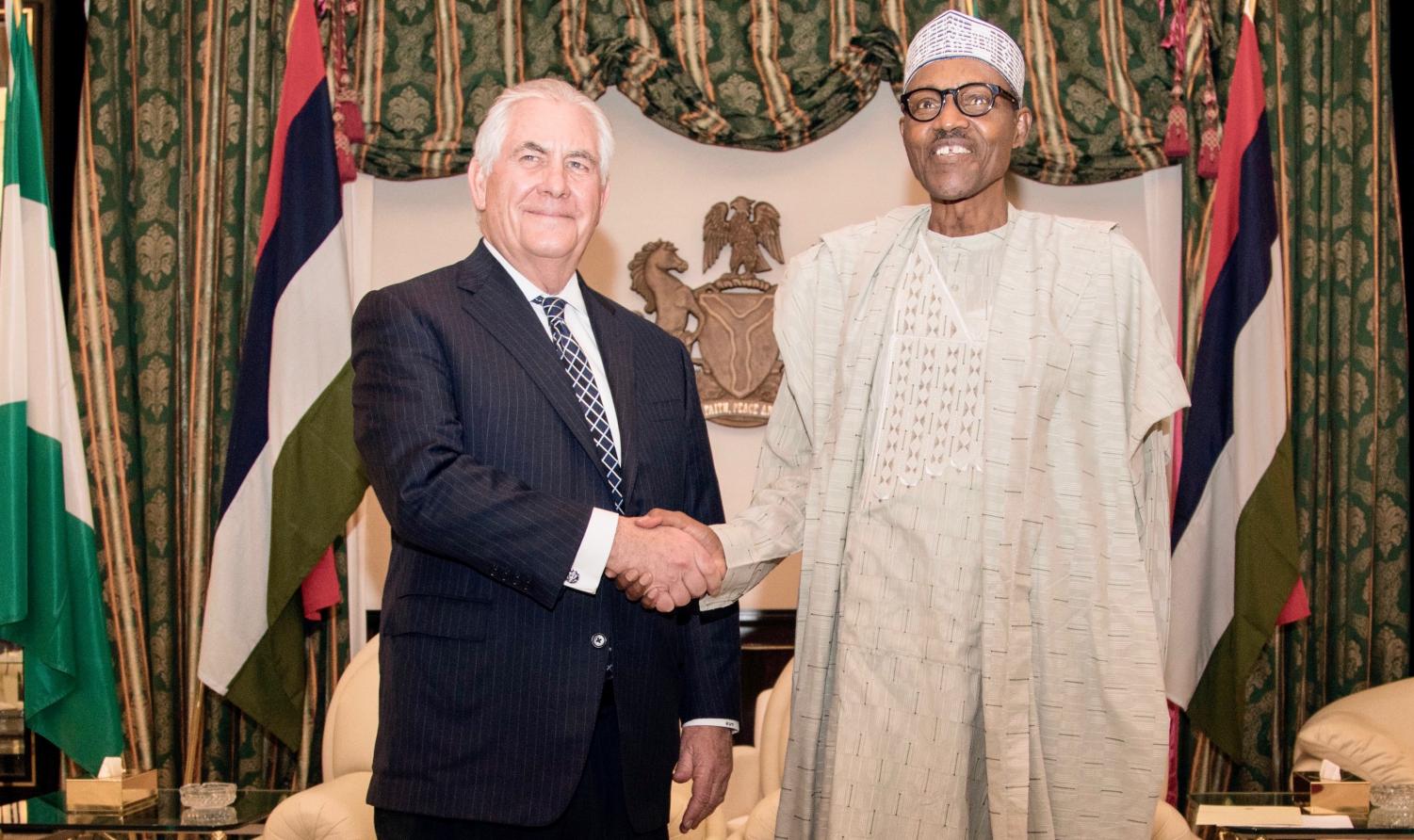 Opposition parties in Nigeria have met up to shape a political alliance aimed at keeping President Muhammadu Buhari from winning a second consecutive term in next year’s elections.

Clement Adibe, a professor in DePaul’s political science department, said forming coalitions has been an ongoing issue in Nigerian politics. He said something similar happened in 2014 prior to the last presidential election. The ruling party, the People’s Democratic Party (PDP), was led by President Goodluck Jonathan, and the opposition parties ganged up to form an opposition party to field Buhari as their party’s candidate.

In March 2015, Buhari secured 53.9 percent of the votes to become the first opposition candidate in Nigeria to defeat an incumbent at the ballot box. His victory over former president Jonathan prompted celebrations across the country.

However, the need for this opposition party arises from the citizens’ fears of Buhari’s incompetent leadership thus far. Under his administration; the economic value of the country has diminished drastically. In September 2015, he appointed himself as the Minister of Petroleum resources with zero qualifications. Petroleum is the natural resource that brings in the most revenue to Nigeria’s economy. He is not educated in this area and has refused to show his academic certificate despite ongoing pressure from the public.

Consequently, 39 enlisted political powers, including the principal opposition PDP and a fragmented group from inside the ruling party, consented to an arrangement late last Monday to form the Coalition of United Political Parties (CUPP).

Kola Ologbondiyan, the PDP spokesperson, described the parties’ teaming up as a bold statement to demonstrate the “feelings of Nigerians” about Buhari’s government.

“More parties will still join the coalition, and we will bring up a candidate whose capacity will trounce Buhari’s incompetence in governance,” Ologbondiyan told Al Jazeera.”We are a nation of 185 million people. No alliance can be ‘so many.’ Nigerians have already reached a consensus to source for a new president on the platform of the rebranded and repositioned PDP.”

But the ruling All Progressives Congress (APC) dismissed the move, saying the efforts to unseat Buhari would fail.

“We once again reiterate the commitment of our party to address real grievances of our genuine members. We call on them to take advantage of this opportunity while the windows for reconciliation are still open,” Abdullahi said in a statement.”We are confident that no level of gang-up can make our government under President Buhari to waver in its promises to Nigerians to rid our country of corruption and improve the quality of lives for our people.”

His supporters are biased and blinded by his “all talk” and “no actions.” The president lacks transparency and overrides human rights. In his administration, you have limited speech. You cannot speak against his government, or you face the risk of going to jail or getting killed. A former president, Chief Olusegun Obasanjo, has raised the alarm that the Buhari administration has put his name on its security watchlist. Obasanjo said security agencies are plotting to arrest him and put him in detention.

The formation of the new coalition comes as Nigeria witnesses one of its most significant political realignments in recent years.

The president has enormous grassroots support. He is also known as one of the few leaders in the country’s history who has been tough on corruption. Although his fight against corruption is one-sided, many people simply focus on his oppositions when people in his cabinet work free after committing crimes. If you want to avoid being probed, just switch over to APC.

In April, 75-year old Buhari announced his plan to seek a second four-year term, despite concerns about his age and health. Last year, he spent several months in the U.K. where he received treatment for an “undisclosed health challenge.”

However, he is the president who has traveled the most in the history of the country. The majority of these travels were not for diplomatic reasons.

While his health is an issue, the federal government has not revealed any groundbreaking project to help the economy, like developing our old refineries.

But Buhari’s intention to run again did not go down well with some of his political allies, including Obasanjo who joined the opposition alliance against his candidacy.

The CUPP is expected over the next few months to present a typical candidate to run against Buhari. Atiku Abubakar, 71, a former vice president and former Buhari ally, is the most prominent figure so far to have announced his intention to run in 2019 on an opposition platform.

Buhari is the oldest person to lead Nigeria since the transition to civilian government in 1999.

“So, there is an issue,” Adibe said.” Now you have Atiku, 74, running against Buhari who is 75, or 76, or maybe more. Nobody knows anybody’s age. I know there is a significant segment of the Nigerian population that would want a younger candidate.”

In May, he signed a new bill into law that reduced the minimum age for political offices to encourage youth to run for public office. For the presidency, the minimum age was brought down from 40 to 35.

“Obasanjo who is 80-years-old now and was maybe 76-years old when he was in office,” Adibe said. “But most importantly they are the same names. So, for a change, let’s get somebody young. It didn’t happen at least for the PDP. They tried to get somebody younger, a governor from Sokoto state. Ayodele Fayose wanted to be a candidate, but they settled on Atiku.”

The country needs somebody else to be president because Buhari is a selfish leader who is more interested in his own welfare than that of his citizens. While Nigerians are suffering from rising inflation rates, Buhari is comfortably traveling around the world.

Buhari is campaigning with “I will do” instead of “I have done” because he has not done anything for three years. Someone else should be given the opportunity to rule. If Buhari wins the forthcoming elections, then Nigeria will sink.