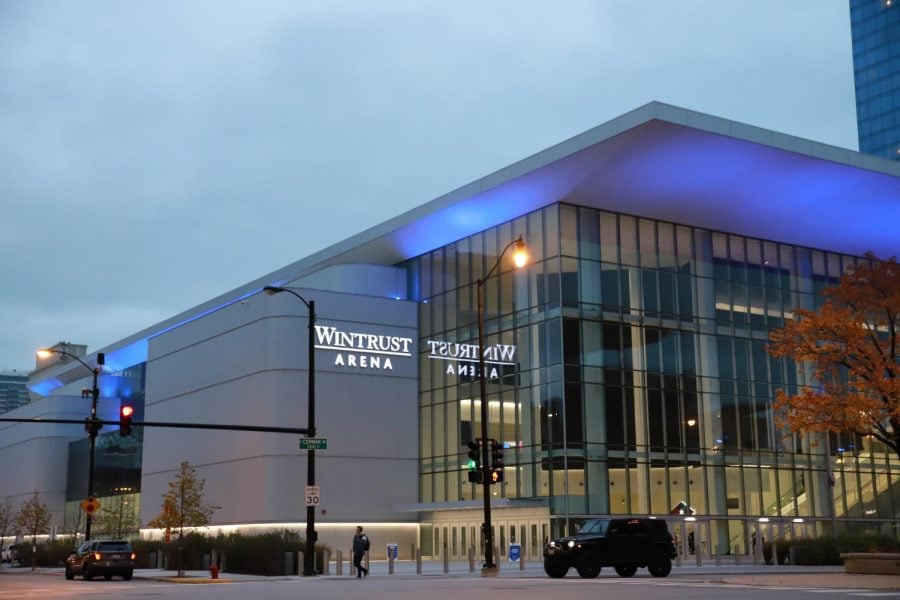 Lack of interest remains inside and outside Wintrust

With DePaul men’s basketball tipping off its second season at Wintrust Arena Wednesday night, the question is whether interest in the program will increase in the arena’s second year.

An unscientific survey of 100 students conducted by the DePaulia last week found that 65% of participants had no interest in the team. But the problem goes beyond a lack of interest in men’s basketball: DePaul students have been paying very little attention to any events happening at Wintrust Arena.

Most concerts and games at the $170 million venue draws small crowds. Last season, according to attendance numbers obtained by The DePaulia through a Freedom of Information Act request (FOIA) from the Metropolitan Pier and Exposition Authority (commonly known as “McPier”), DePaul men’s basketball had two games against Central Connecticut and Alabama A&M where fewer than 1,000 people were seated in the 10,000 seat arena. An appearance by the Blue Man Group as part of Welcome Week this September was met with an sparse audience as well.

Part of this lack of interest may stem from the fact that besides the allure of a new lineup and newly-built arena, the South Loop area around  Wintrust doesn’t offer much for students in the way of bars, restaurants and entertainment.

This issue is especially clear in terms of the places available to grab a bite to eat or drink in the neighborhood. Julia Keras, a spokesperson for the Blue Crew, says the area just doesn’t offer a lot for the student body.

“I think that fans usually eat in the Loop on the way back from Wintrust,” they said. “There aren’t a ton of options right near the arena.”

Since opening last year, surrounding restaurants and bars have also taken notice of the low numbers coming and going from games. Places like Reggie’s Live, a bar and music hall, should be the perfect spot for Wintrust attendees, located adjacent to the Red Line station at Cermak-McCormick Place. However, this just hasn’t been the case owner Robert Glick said.

“So far, it’s kinda just been the bigger DePaul games where we’re getting a decent bit of the DePaul crowd here,” Glick said. “The concerts— not so much yet. There’s been a handful of shows and we haven’t been inundated with those concert goers before or after the show yet.”

DePaul senior Michael Greene has only been to Wintrust once or twice, and says that there’s a definite lack of interest in what’s happening in and around the arena that’s steered him from future visits.

“I wanted to get in and out,”Greene said of his overall experience at a night event at the stadium.

What’s more, he said he also feels that the South Loop wasn’t of interest to him.

“There’s a White Castle on the way, but I wouldn’t eat there,” Greene joked.

Part of the issue with the surrounding area may harken back to the overall lack of enthusiasm towards the Demons by the general public, especially compared to other colleges. This can be quantified by the number of local sport bars that actually support the Demons.

The website Sport Bars in Chicago does just that. It logs a number of the sports bars in the city, and organizes them based on the college teams they support. For the Blue Demons of the 145 bars they list on their site there’s only a single bar in the whole city that explicitly supports the team: Kelly’s Pub in Lincoln Park. Notre Dame, a rival of DePaul, has at least nine bars supporting them in Chicago, according to their alumni page.

This lack of representation for the Demons, not only in the stadium but out of it, may be part of the problem when it comes to the low attendance at Wintrust. Having a winning team that fans want to come out and support will only help attendance inside and outside the arena.