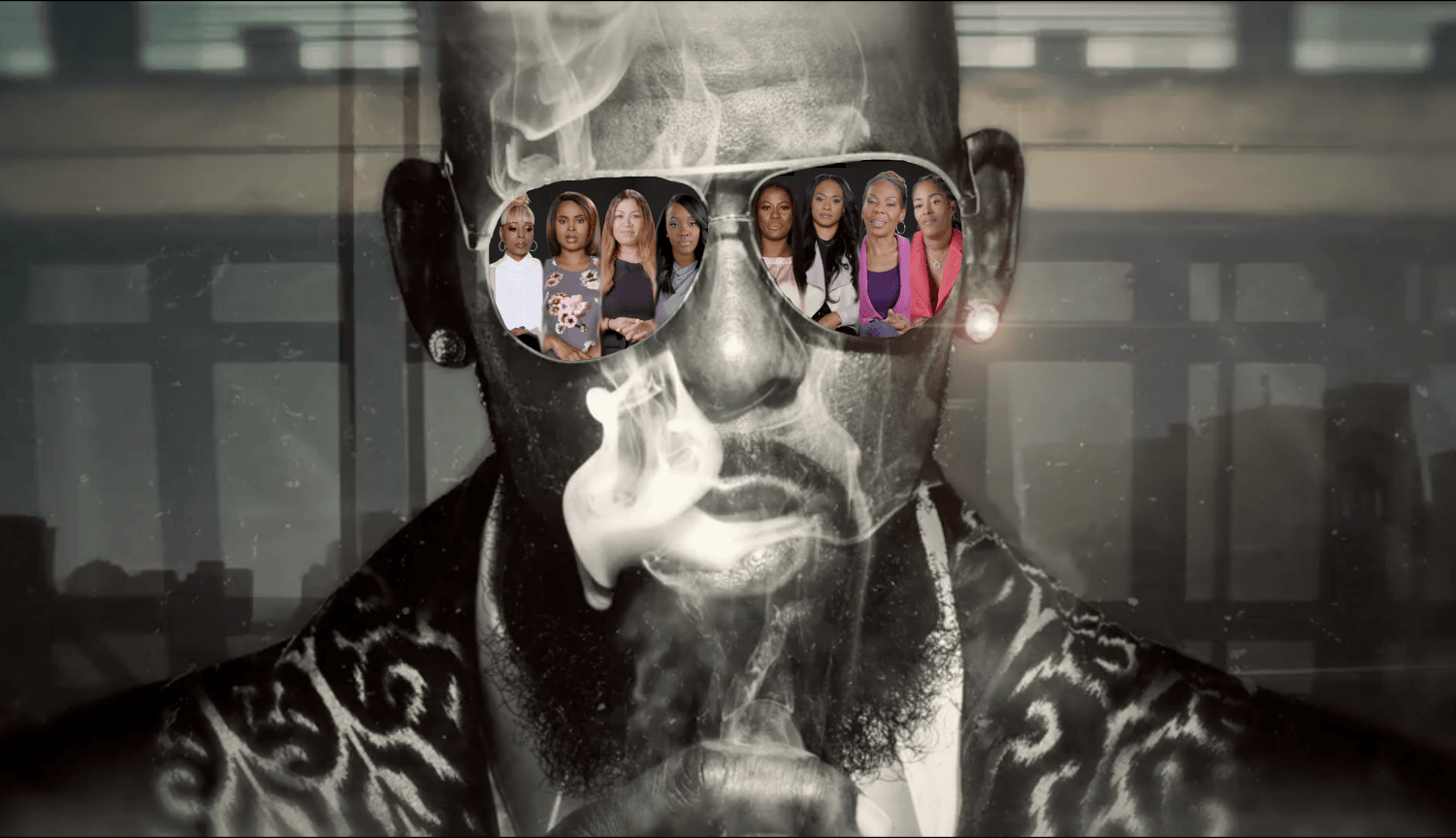 In the Lifetime documentary “Surviving R. Kelly,” dozens of women alleged abuse and manipulation by the singer stretching back decades (ANNALISA BARANOWSKI | THE DEPAULIA)

In the Lifetime documentary “Surviving R. Kelly,” dozens of women alleged abuse and manipulation by the singer stretching back decades

To be black and not believed

Many conversations have surfaced around R&B artist R. Kelly over the past few weeks following “Surviving R. Kelly,” a six-part documentary series that ran on Lifetime Jan. 3 through Jan. 5. The docuseries goes into explicit details about the past and recent allegations made against the Chicago native involving underaged women of color. Seemingly constant misconduct allegations about Kelly, and others in the music and entertainment industry, are making women of color and particularly black women fear for their safety and their lives. This conversation has been taking place everywhere, including DePaul.

Breya Jones, a double major in journalism and political science, has seen four out of the six parts of the docuseries. She has not listened to much of Kelly’s extensive discography, but her favorite song of his is “Ignition (Remix).” After she heard about the allegations of Kelly being involved in a sex cult, she decided that she would discontinue supporting the small amount of Kelly’s music she listened to.

“The disbelief in black women is embedded in ourselves,” Jones said. “I don’t know what it’s going to take.”

What can be done for people to believe black and brown women when these women are speaking up about and against the sexual violence that they endure?

Dream Hampton, executive producer of the docuseries, stated in a tweet that none of the survivors that appeared in the series received any type of compensation for their appearances.

Anne Mitchell, a professor in the Women and Gender Studies department, provides insight on why black and brown women are not taken seriously. She mentions the strong community bonds that black people keep and wanting to believe that people are good. Mitchell also highlights that the majority of mainstream music targeted to black audiences is misogynistic and objectifies black women. Also, she brought up the idea that during the late ‘80s and ‘90s, white mainstream media was not interested in reporting stories about people of color, so rumors and allegations were not fully addressed.

We’re taught to believe that men are right, they are beacons of truth; this gets doubled in the black community because we have witnessed and seen black men being falsely accused of all of kinds of things, particularly sexual crimes, when they are innocent.”

“I didn’t understand that [R. Kelly] was so systematic about this,” said Mitchell. “I had no idea that so many people were so fully aware of what was happening and not thinking that anything was wrong.”

According to DePaul’s 2017 annual report for the Preventing Sexual Violence in Higher Education Act, there were 72 reports of sexual violence made by and about students in 2016. In contrast, there were 33 confidential and anonymous reports in the same year.

The sexulization of young women of color was also repeatedly referred to throughout the series. All of Kelly’s victims featured were black and brown women. Francesca Royster, a professor in the English department, provides insight as to why the sexualization of young black women is so prevalent. She links this to slavery with the idea that black women’s sole purposes are to be sexual and reproductive. That idea continues to shape the experiences of black women today.

“I think the exploitation of young black women and just the sexualization of them really is about power,” Royster said. “And control.”

Christina Mixon, a graduate student in human resources management, does not feel safe. She purposely enrolls in online classes to avoid being on campus as much as she possibly can.

“It’s scary some of the things we have to face as human beings,” Mixon said. “Then try to face those same adversities as a black woman.” 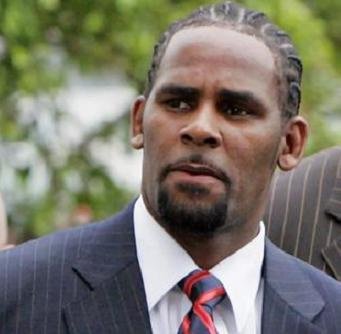 Mitchell has been teaching at DePaul for two and a half years and throughout that time, “at least five” students have come to her about their experiences with sexual violence. Those students have spoken with Mitchell about wanting to report experiences that have happened prior to their enrollment at DePaul, she said.

Despite all of the accusations against Kelly, there are still many people who are supporting his career.

“This is really sad,” Mitchell said. “In patriarchy, women will often go hard for patriarchs for misogyny because we’re raised in a misogynistic culture. We’re taught to believe that men are right, they are beacons of truth; this gets doubled in the black community because we have witnessed and seen black men being falsely accused of all of kinds of things, particularly sexual crimes, when they are innocent. Sometimes I think that discourse about protecting the community becomes about protecting black men.”

Mixon described the experience of watching the docuseries with close friends as “chilling.” She was “disheartened” by hearing and seeing comments about people not believing the assault victims mentioned throughout the series. However, she feels that “everyone is entitled to their own opinion and support.” Mixon also mentions not having an issue with skipping a song by the artist despite singing along to Kelly’s “12 Play” as a kid.

DePaul offers many resources for students who have experienced sexual assault. The Office of Health Promotion and Wellness has a specialist in sexual and relationship violence prevention. The Division of Student Affairs offers contact information for reporting sexual violence. Lastly, DePaul offers counseling services specifically for talking about sexual violence.

It will take much more than the necessary conversation about what it may take to keep women of color safe. As Jones mentioned, believing women when they speak out can be a start. As for R. Kelly, the future holds his fate in the aftermath of the pain and harm that he has allegedly caused for so many young black women. 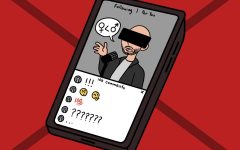 The terrifying rise and inevitable fall of Andrew Tate 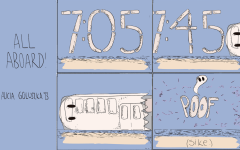 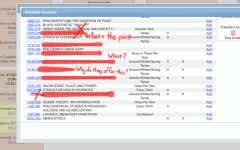 Think your Major is useless? Why it’s not and how you can apply it 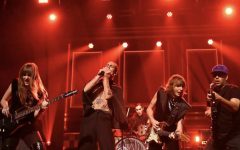 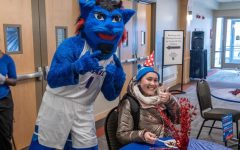 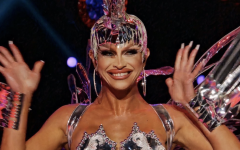 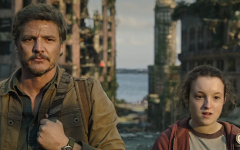 The Last of Us: The mind and matter that gave a video game adaptation a mass marketed appeal 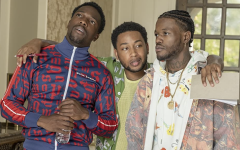 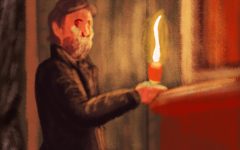 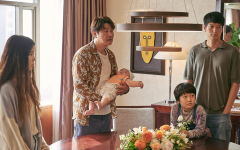