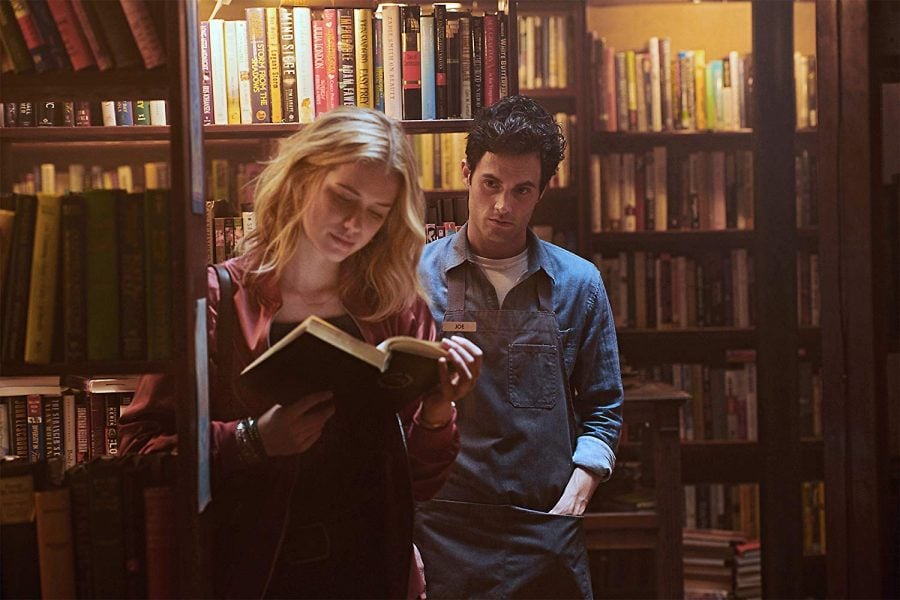 The missed messages of ‘You’

Winter break is a great time to catch up on new shows guilt-free, and many people flocked to the Netflix original “You.”

The show, adapted from the novel by Caroline Kepnes, is your classic boy-meets-girl story, with a very dark twist. Joe (Penn Badgley) meets the stunning Beck (Elizabeth Lail) at his bookstore and it is love at first sight for the leading man. However, his obsessive personality brings fatal consequences, as Joe does whatever he can to keep her in his life.

When the Netflix original show aired, it was called a creepier version of “Gossip Girl.” With Badgley taking the lead in both shows, it’s easy for viewers to draw parallels between his two characters. He’s attractive in that boy-next-door kind of way, charming his way into the hearts of lovable female leads and carrying enough wit and intellect to hold an intelligent conversation.

While Dan from “Gossip Girl” comes with his own set of unhealthy behaviors in a relationship, the Brooklyn-based character doesn’t even begin to rival the sinister behaviors of Joe in “You.”

The monologue from Joe’s point-of-view shows an instant obsession with Beck, criticizing her choice of clothes and friends while also thinking that everything she does is done to entice him. At one point in the show, Joe steals Beck’s phone and uses it to read through her texts and keep up with her social media activity. He sits in front of her apartment and watches her, follows her while she’s with her friends and makes sure to keep constant tabs on her.

Those are just the smaller actions that he takes in order to keep Beck “safe.” That doesn’t include breaking and entering, manipulating the people around her or even murdering people he views as a threat to their relationship. His obsession goes far beyond scribbling her name in a notebook — instead he becomes the boyfriend straight out of a nightmare.

But the problem comes with how Joe is portrayed to the outside world. He is seen as the perfect boyfriend: he goes to brunch with Beck and her friends, he has a redo of her first kiss to make it perfect and he was constantly affectionate. This is the side of Joe that Beck sees, and it’s no wonder that she falls head-over-heels. The sweet side of Joe can easily rival even the best of rom-coms.

The major contrast between the two versions of Joe that we see is purposely confusing. On one hand, viewers are falling in love with the picturesque Joe at the same time that Beck is, but immediately after we watch him break into her apartment to go through her laptop. While Joe believes what he is doing is somehow romantic, the audience is supposed to be torn on how to view him.

Watching a movie, our hearts may swell at the sight of John Cusack showing up outside a young woman’s window holding a boombox up in the air and blaring Peter Gabriel. But in real life, if someone has told you they don’t want you around anymore and you show up blaring music and hanging out outside their window, that’s basically stalking.”

The message of how terrible Joe is seems to be lost on a number of viewers, however. Twitter exploded with tweets “shipping” Beck and Joe and memes have risen talking about how we need a man who cares about us in the way Joe does. Badgley even responded to a tweet from a fan asking him to kidnap her.

We aren’t supposed to fall in love with Joe. We are supposed to be horrified by his actions at the end and looking for similar warning signs in the people in our life so that we can end this chaotic cycle of abuse.

In our society, we have somehow confused possessiveness with love. We think that jealousy shows how much the other person means to us, and in a heteronormative society girls are told to find a man who can “protect” them. In all actuality, this rhetoric is completely damaging. It leads to us rationalizing going through our significant other’s phone or getting upset when the opposite gender even looks at our partner. We have been conditioned that breaking mutual trust and being controlling of our partners is okay if it is done in the name of love.

We’ve been conditioned through movies to believe that there needs to be a chase, that if we want someone we need to keep going after them until they eventually say yes. This representation in media can easily be attributed to our unhealthy view of relationships today.

“Think about all of the grand romantic gestures that are performed by characters in romantic comedies,” said film and television professor Jef Burnham. “Watching a movie, our hearts may swell at the sight of John Cusack showing up outside a young woman’s window holding a boombox up in the air and blaring Peter Gabriel. But in real life, if someone has told you they don’t want you around anymore and you show up blaring music and hanging out outside their window, that’s basically stalking.”

Those small unhealthy actions can quickly escalate, however. They open the door for someone to continue pushing the envelope, constantly feeling the need to keep tabs on someone in whatever way possible.

I have firsthand experience in how dangerous of a line this is to cross. After outgrowing a relationship I had started in my teens, I left my boyfriend of over two years but still wanted to maintain a friendship. One night, I had fallen asleep before responding to a text from my ex. He then looked at my Instagram and it said I was online, so I woke up to a number of angry texts because he believed I was still awake.

This is just one small scenario that played out. I found out later he was messaging people I had met on Tinder to try and find out what I was doing after our breakup, he threatened suicide when he found out I had moved on and even cyber-stalked my current boyfriend and harassed me by telling me he knew places we had went together.

I’m sure there were things that he did during our time together that I allowed because I thought it showed me he “loved me,” but it’s hard to look back and see those unhealthy behaviors while wearing rose-colored glasses.

If you’ve ever been stalked, harassed or been in an abusive relationship, you will understand how truly damaging it is to romanticize Joe. There is a legitimate fear that victims forever live with after dealing with an unhealthy and possessive person, and viewing Joe as anything other than a villain only feeds into the problems we face.

“We have to grow as a people in order to force media to grow,” Burnham said. “Otherwise, what happens is we become acclimated to the problematic ideas about relationships (and any other topic) spread through media.”