Breslin and Hamill: HBO’s look at journalism legends and the importance of human stories

Keys clack furiously and rapidly on typewriters, the room filled with smoke as newspapermen hash out the day’s stories. They work tirelessly against a strict and unwavering deadline for the paper will hit the stands in the morning, with or without them.

This is a world gone by, when newsrooms were staffed almost entirely by those who opted out of college and instead learned all they could from the world around them. It was in this world that two of the greatest storytellers to ever touch the industry of journalism arose, often crossing paths, occasionally butting heads, both telling the story of New York City as they knew it.

Jimmy Breslin and Pete Hamill are the subjects of the new HBO documentary “Breslin and Hamill: Deadline Artists,” wherein their unique voices guided a generation of Americans, and more importantly New Yorkers, through history in the making. They covered everything from the assassinations of President John F. Kennedy and his brother Sen. Robert Kennedy, the AIDS crisis, the Civil Rights Movement and so much more. Through them, the biggest stories of the day were handled with poise, literary wit and an equalizing voice that reached people of all walks of life.

Despite working during the same time period and at times at the same paper, Breslin and Hamill could not have been more different. 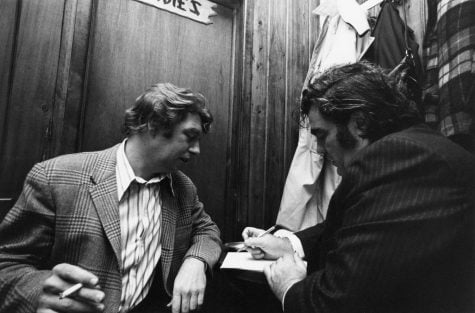 Breslin, a loud Irish-American from Queens, was a straightforward writer who eventually became one of the most famous writers in the country. The defining characteristic of his work came from his ability to tell the stories of real and interesting people who were often left out of the fields of view of other reporters. In a sense, his work highlighted how national stories and problems affected “the common man,” with one of his best-known pieces focusing on the black man that would be in charge of digging President Kennedy’s grave.

Hamill, a more subdued and mild-mannered man from Brooklyn, was described as someone who “thought like a poet” during his writing. His pieces were infused with a sort of rhythm, each sentence linking to the next in perfect harmony until the entire column came together like an orchestral composition.

It was through compassion and empathy that Breslin and Hamill excelled. By giving a voice to the voiceless, they earned the trust and admiration of marginalized communities throughout New York.

Hamill was one of the first to vocalize his opinions about the Central Park Five, a group of five black teenagers who were wrongfully accused and convicted of rape in Manhattan. At the time, the court of public opinion had already seemingly sealed the boys’ fate due in large part a hate-fueled campaign led by none other than Donald Trump. In his column, Hamill attacked this divisiveness as a facet of privilege and racism.

Breslin eventually earned a Pulitzer Prize for his column about a man in the thralls of AIDS. His story served as a humanization of what had become a faceless and severely misunderstood crisis. 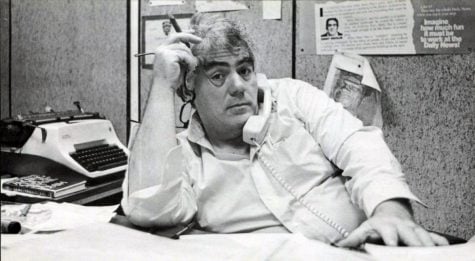 Paul Schwartzman/Courtesy of HBO
Breslin in 1970. He started as a copy boy for the Long Island Press in the 1940s.

These two men marked a turning point in American journalism. A priority was placed on local reporting and these writers were tasked with telling the stories of the people around them. For the first time, the fundamentals of fiction writing was infused with the facts of news reporting. Now, the news was as accurate as it ever was but was more accessible, entertaining and impactful for readers throughout the city and beyond.

The film adds an element to the columns that is yearned for by readers of any written work. As quotes are pulled from certain stories and presented on screen, the column’s author reads them in his own voice, infusing a sense of authenticity that is hard to match in any other way and bringing the stories to life. 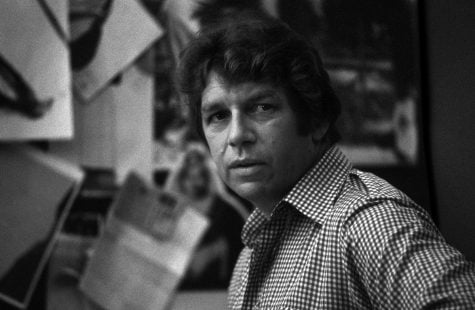 Brian Hamill/Courtesy of HBO
Originally from Park Slope, Brooklyn Hamill got his start at the New York Post.

Breslin and Hamill mark the end of an important era in American history, their voices acting as a last expression of great 20th century journalism. As stated in the film, “journalism should comfort the afflicted and afflict the comfortable” which is exactly what fueled these writers, and the newsrooms around them.

“Deadline Artists” acts as a look back at the transformative impact that their voices had on journalism at large through the stories they told. As is discussed in the film, great writing places the reader directly in the moment, making you feel as though you’re actually there. For most readers, that is all one can ask from a writer. For most writers, that is all one can ask to be.