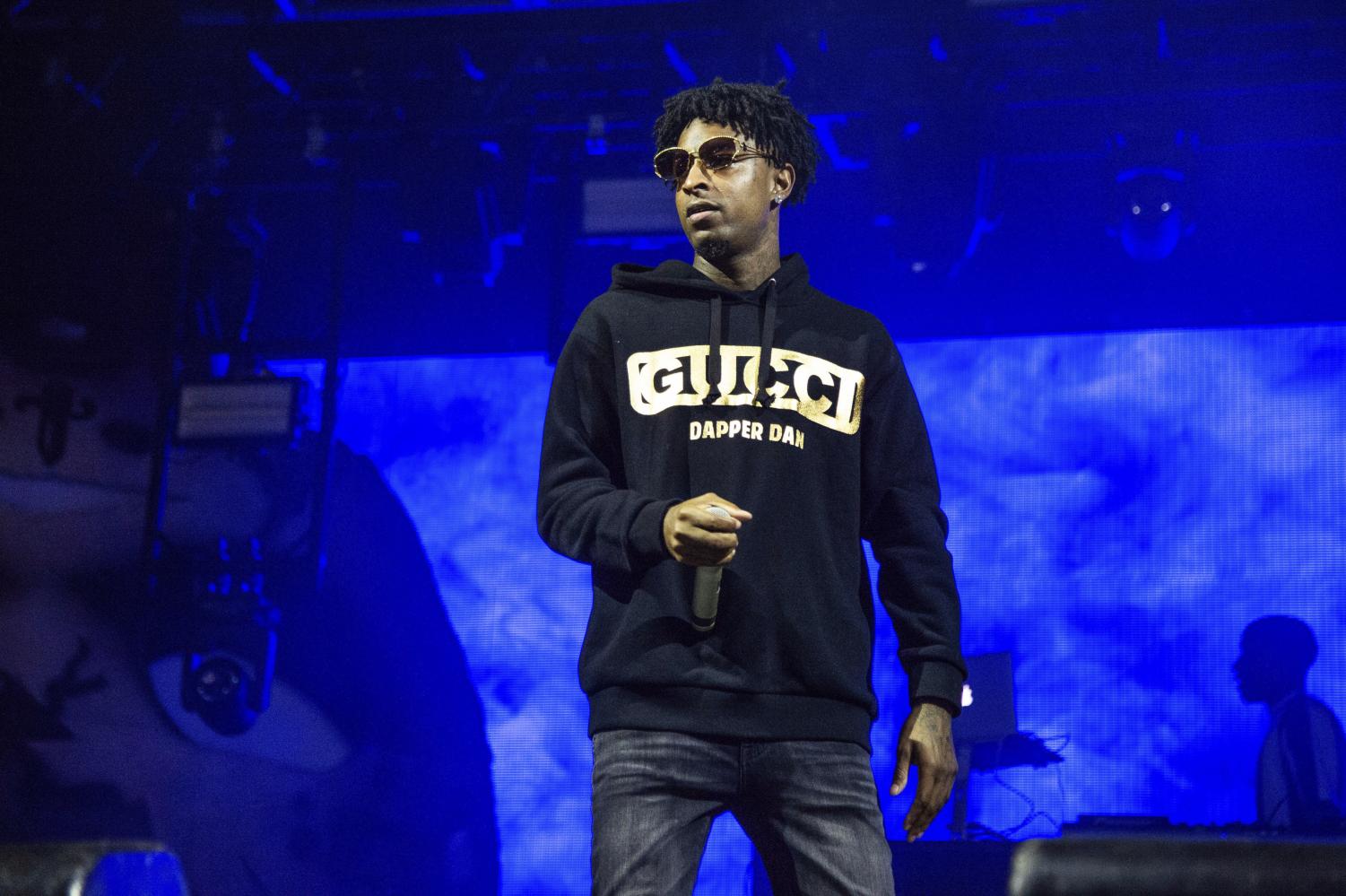 Sheyaa Bin Abraham-Joseph, better known as 21 Savage, was arrested by Immigration and Customs Enforcement (ICE) on Super Bowl Sunday. The believed Atlanta born rapper is actually from the United Kingdom, coming to the U.S. with his family when he was 7 years old.

“Mr. Abraham-Joseph entered the US legally in July 2005, when he was a minor, but subsequently failed to depart under the terms of his nonimmigrant visa,” said ICE spokesperson Bryan Cox. “He became unlawfully present when his visa expired July 2006.”

Abraham-Joseph’s lawyers believe it’s an unnecessary punishment to be held without bond which they believe is being used as a way to intimidate him. In a statement, his attorney Charles Kuck said, “Mr. Abraham-Joseph is clearly not a danger to the community, and in fact, his contributions to local communities and schools that he grew up in are examples of the type of immigrant we want in America.”

The rapper hosted his third “Issa Back to School Drive” event last year, donating his time and $10,000 to Atlanta’s Continental Colony Elementary School.

“Giving back to where I grew up means a lot to me,” Abraham-Joseph told Billboard in an interview. “These kids need it and I use to be one of those kids.”

He also launched his “21 Savage Bank Account Campaign” on “Ellen,” promising 21 teenagers $1,000 each in a scholarship fund to help them with financial literacy. Using his hit song “Bank Account,” he helps kids who come from similar backgrounds as him to learn valuable money-management skills.

“I had no clue [about his charity work],” said Michael Deleonardis, a fan of the artist. “I just like his music, I never pictured him to be a charitable person.”

According to Abraham-Joseph’s lawyers, his application for a U visa is pending. This particular visa is reserved for “victims of certain crimes who have suffered mental or physical abuse and are helpful to law enforcement or government officials” according to U.S. Citizenship and Immigration Services. Reportedly, an incident in 2013 left his best friend dead and Abraham-Joseph physically affected.

The detainment of Abraham-Joseph has sparked support from celebrities and other rappers such as Cardi B, Meek Mill, Post Malone and Jay-Z. In addition to vocally supporting him, Jay-Z took it a step further when his recording company Roc Nation hired a lawyer to assist with the immigration charges.

Celebrities are not the only ones supporting him. Black Lives Matter co-founder Patrisse Khan-Cullors set up a #Free21Savage petition, which has nearly 400,000 signatures.

“It’s just not right that someone can be uprooted from their family and home,”  said Robert Zepeda a fan who signed the petition. “Regardless of being a celebrity or not, it’s just not right.”

A statement released by Abraham-Joseph implies that he was detained in response to his recently released song “A Lot,” that had lyrics slamming immigration officials.

Abraham-Joseph, a prominent figure in the Atlanta community, has also received support from government officials that believe ICE is a problem, not a solution. Georgia State Representative Hank Johnson wrote a letter to an immigration judge on behalf of the rapper.

“I’m very concerned about the ICE crackdown and what appears to be a targeted operation,” wrote Johnson. “I have a hard time believing that if this was a white singer from Great Britain under the same circumstances that ICE would be going after them with such enthusiasm.”

While the debate about immigration in the U.S. currently revolves largely around Latinx immigrants, it’s important to note the impact ICE has on black immigrants. According to the State of Black Immigrants, a research institute in California, “more than one of out of every five noncitizens facing deportation on criminal grounds before the Executive Office for Immigration Review is black.”

Furthermore, in a statement Kuck said that dreamers “come from all walks of life and every ethnicity.” While a large percentage of those who face legal status issues are of some sort of Latinx heritage, it is by no means all encompassing. According to ICE fiscal reports from 2017, about 16,000 people not from a Latinx country were removed from the U.S.

Erica Thomas, another Georgia State Representative, has also spoken out to support him.

“Mr. Abraham-Joseph shares the story of millions of children brought here under circumstances unbeknownst to them.”  Rep. Thomas acknowledged his community presence in Atlanta and further questioned ICE’s authority. “This country is getting more and more divided every day when we allow ICE to start choosing who they think should be here over others. This country is a melting pot and that is what makes us great,” Thomas said.

In a conversation with family friend German Alvarez about 21 Savages arrest he said, “Coming from a family of immigrants it’s scary to think that something similar could’ve happened to me years ago,” German Alvarez said. “Just because my family moved here to live a better life. I can’t imagine what it’s like to be separated from your family and have no control over it.”

Like many detained by ICE, Abraham-Joseph has been stripped away from his family, including his three small children. DePaul senior Mohammad Hasan legally became a U.S. citizen when he was eight years old after immigrating from Pakistan with his family. Hasan said that he has had friends personally affected by ICE policies. Hasan remembers “some childhood friends being deported” at the age of six or seven and that a family he knew “got ripped apart — two or three brothers being able to stay while two other brothers had to return to Pakistan.”