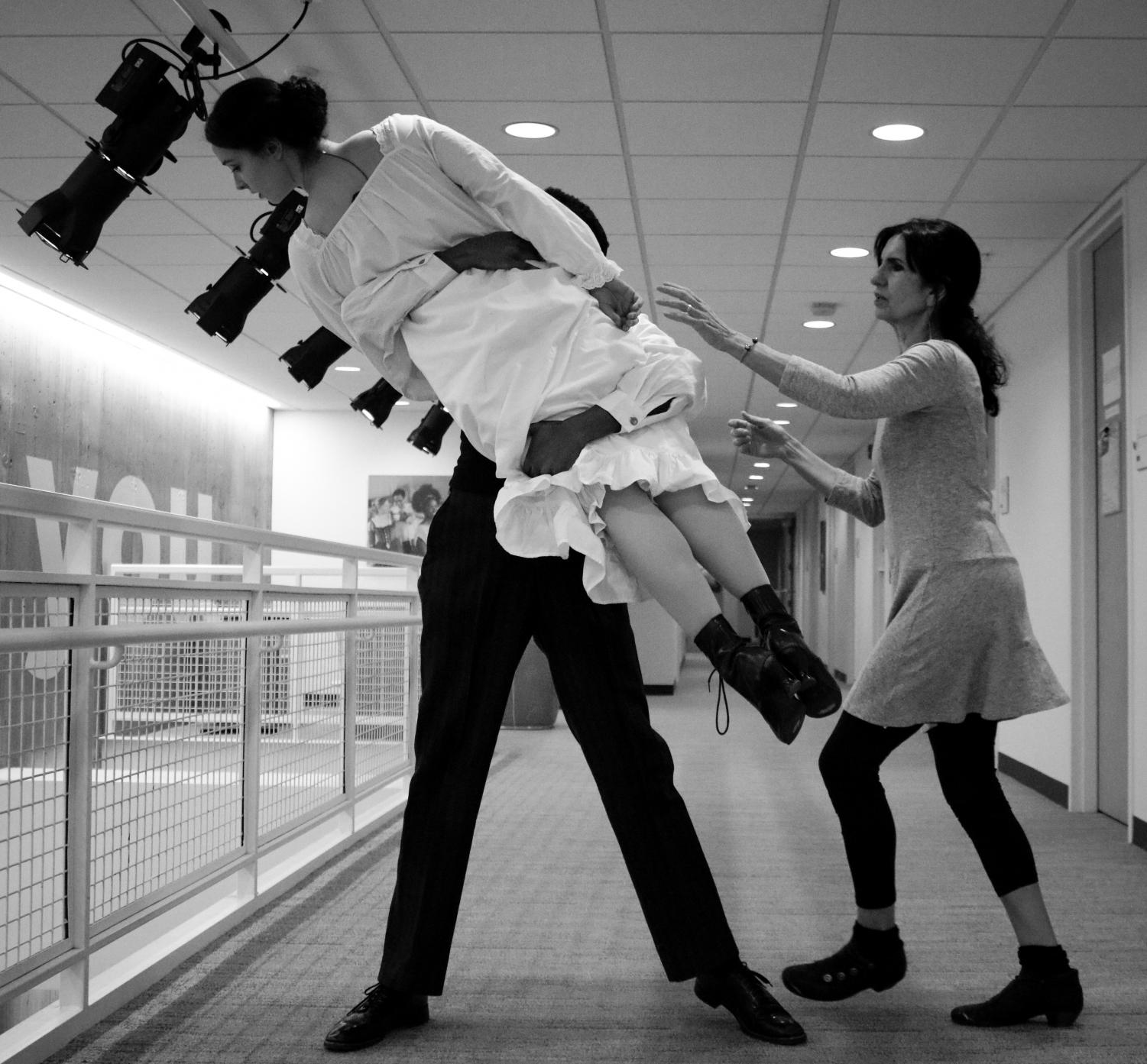 “A Dybbuk or Between Two Worlds” opened at The Theater School on Wednesday, February 13, nearly 100 years after it opened in Warsaw, Poland. Placed in a shetel in 1880s Eastern Europe, the play tells a story of lost souls, love and destiny, all while honoring Jewish traditions and people. The storyline can resonate with just about anyone; each character has something they are fighting for, whether it be love, greed or their own destiny, while also highlighting the struggle of Jewish people as a whole. “A Dybbuk or Between Two Worlds” possessed an otherworldly element in multiple ways, highlighted by the uniqueness of the way the story is told: through both dialogue and dance.

The entire production consisted of DePaul students, minus the musicians who are professionals in Chicago, and the choreographer, Lin Batsheva Kahn. Jeremy Aluma, the director, is a graduate student. This is his fifth and largest play at DePaul and marks the 30th in his career.

“If there’s anything I want people to know going in, it’s a story of Jewish people and struggling to find their place and I want to give that justice,” Aluma said.

The play, despite its serious and frightening narrative, features dance which adds an idiosyncratic spin to the traditional production.

“The dance within the play allows the audience to breathe and reflect on what they are seeing,” Kahn said. “It allows for artful moments within the dialogue.”

Kahn used both traditional Jewish dance and modern dance for the pieces. There are 11 dances throughout the play, ranging from solos and trios as well as performances with the entire cast. Many of the actors are not trained dancers, but the movement flows in and out of the storyline so fluidly that it is hard to tell. Some dances are fun and light, creating a place for the audience to relax and settle into the fast-paced show, while others are dark and intense, functioning as a method to move the story forward and bring forth emotions that cannot be constructed through words.

“The dances serve as a way to get closer to the characters,” said Sydney Silver, a cast member. “It is hard to empathize with the character if you don’t know them.”

The play opens up to a dance number with the entire cast on stage, lit with an eerie glow setting the tone for the entire piece. The opening dance is contemporary, juxtaposing the old-fashioned costumes. They move to the live musicians that play right on stage with the actors, along with the beat of their own breath. The ending parallels the beginning with a dance number but with only two characters. It is contemporary and intimate, wrapping up the entire story with only their bodies talking.

“I think anytime we can add physicality to the performance of actors it moves people in a unique way,” said Aluma.

Last quarter, four of the cast members took a modern dance class taught by Kahn at DePaul in preparation for the show. The class is offered to all students and welcomes dancers with all levels of experience.

“Through my classes, students gain an understanding of dance and get so close to each other in an authentic way,” said Kahn. “I try to create a positive, respectful environment.”

“A Dybbuk or Between Two Worlds” is a story of fortitude and resilience. It runs until February 24 at The Theater School’s Dr. John and Joyce L. Watts Theater.