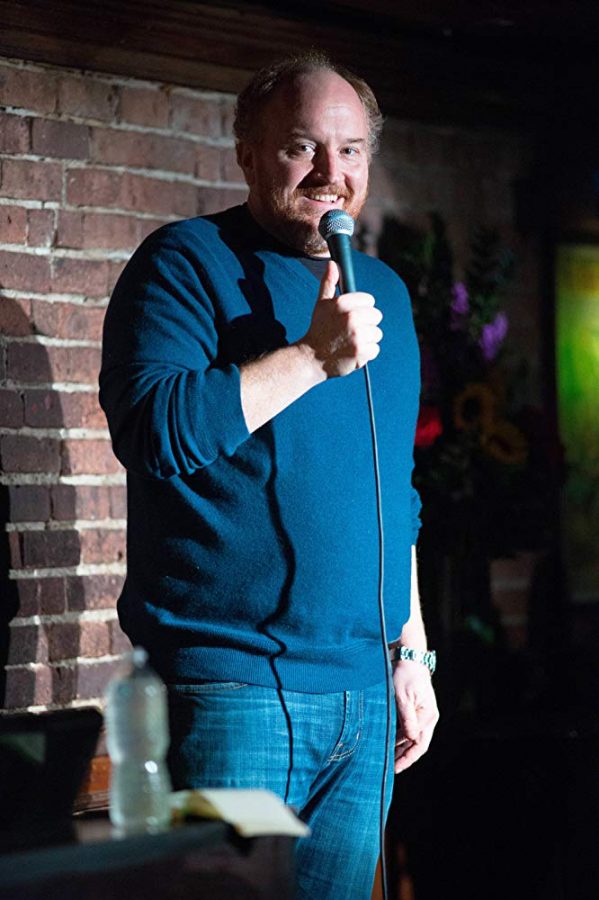 Comedian Louis C.K. has been trying to get his career back on track after five women spoke out about sexual misconduct. The accusations surfaced in November 2017, when the women came forward to discuss their stories.

Comedians Dana Min Goodman and Julia Wolov recalled an incident in 2002 at the U.S. Comedy Arts Festival in Aspen Colorado where C.K. invited them to hang out in his hotel room. Believing it was going to be a congratulatory nightcap, they accepted the invite. After entering the room, C.K. allegedly asked the two if he could take out his penis.

“He proceeded to take all of his clothes off and get completely naked and started masturbating,”Goodman said in an interview with New York Times.

The last known incident was in 2005, when C.K. was on set with Rebecca Corry as a guest star appearing on a television pilot.

Corry declined his offer. As word got around set, executive producer Courteney Cox discussed shutting down production. But Corry had no interest in being the person who shut down the show.

After word about his sexual misconduct reached headlines, C.K. released a statement discussing the truth behind the allegations. In the statement, C.K. pronounced that he would take the time to stop talking, step back and listen to what everyone has to say.

The comedian took almost a year off before he began to pop up at comedy shows unannounced to do stand-up routines. It didn’t take long for him to appear in headlines, this time for comments toward Parkland shooting survivors. Leaked audio of a performance by C.K. at the Governor’s Comedy Club in Long Island was posted on social media.

“They testify in front of Congress, these kids, like what the fuck, what are you doing?” C.K. says in the set. “You’re young, you should be crazy, you should be unhinged, not in a suit saying, ‘I’m here to tell…’ Fuck you. You’re not interesting because you went to a high school where kids got shot. Why does that mean I have to listen to you? How does that make you interesting? You didn’t get shot, you pushed some fat kid in the way and now I need to listen to you talking?”

Fans were not pleased with the comedian’s remarks, largely viewing them as insensitive.

“It’s sad because I used to think he was funny, but after the sexual misconduct and this, I think he’s hit rock bottom,”said Alfonso Nunez, a former C.K. fan.

The immediate backlash to his comments after the audio was posted didn’t stop the comedian right away.

“If you ever need people to forget that you jerked off, what you do is make a joke about kids that got shot,” C.K. told an audience in San Jose, California.

Some people question whether there is a line to avoid crossing with tragic events and comedy.

“I think that people who were uninvolved or unaffected with the event need to tread very carefully,” said DePaul student and comedian Amy Do. “I’ve blacklisted Louis C.K. and do not follow or give my eyes to anything he’s doing.”

His cruel comments didn’t sit well with Manuel Oliver, who lost his son Joaquin, one of the 17 people killed in the Parkland shooting. As a response to C.K. and his comments, Manuel Oliver recorded his own stand-up routine.

“You ever hear dead baby jokes?” Oliver begins. “I got a dead baby. His name was Joaquin Oliver. He was going to be 18, but now he’s dead. And that’s not a joke.”

“I teared up, having to be in that man’s shoes, having lost his son and have to hear Louis C.K. turn that into a joke is disgusting,”Sanchez said.

C.K.’s insensitive comments bring up a tragic moment in the lives of those who were affected by the shooting. Those that lived to tell the story have used their platform to speak on behalf of those that didn’t. Students stood in front of Congress telling their story in hopes that no one else has to go through the tragedy they did. It is apparent that C.K. not only wasn’t listening, but was trying to talk over them elsewhere. Maybe he should go back to listening and not speaking.

The father of a student in the Parkland shooting released the following video as a response to C.K.’s performance.