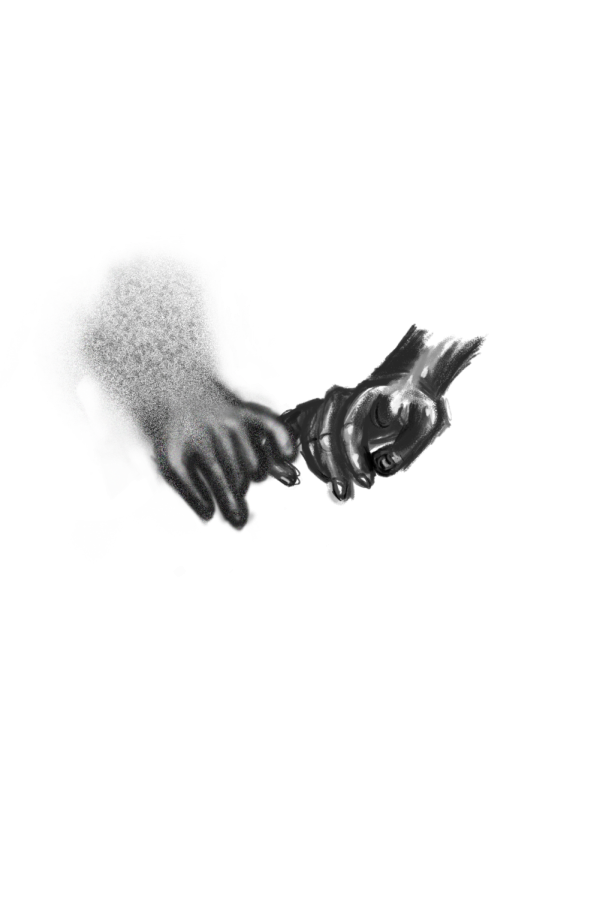 ‘Connected in a different way’: The impact of sudden loss

On a cold but sunny Monday five years ago, I woke up and looked outside the window from bed. It may have been the most beautiful day I’ve ever seen. A fresh blanket of snow had fallen evenly across the yard that night and sparkled in the sun. Despite the cool temperature, I got up and opened my window. I breathed in the cold air and couldn’t help but think to myself that mornings like that one are a big part of why waking up each day is so special — one of those cliché moments that made life seem a little bit sweeter.

Then I remembered: My friend Lauren had an EEG — a diagnostic test that uses small metal discs to examine the level of electrical activity in the brain — at 9 a.m. She had been in a coma for nearly a week following the aneurysm she had at theater practice.

I’d forgotten for a moment; I was supposed to pray for her.

The test should be over by now, I thought, but I hadn’t heard from her sister or mom, so I picked up my phone, opened Facebook and searched #PrayForLauren. The event page had been flooded with promising news and wishes of luck just the night before, but that morning, the tone was different.

“We have prayed for miracles and we have seen many,” the most recent post read. “Early this afternoon, Lauren was united with Jesus. May we continue to be inspired by Lauren’s life.”

My legs could no longer hold up my body, and I collapsed, not yet even able to cry out. I hadn’t considered that she could die. I had no reason to believe she could; when a person my age got sick, they always got better. But suddenly, someone didn’t. Teenage invincibility revealed itself to be nothing more than fantasy.

Nearly 19 percent of all deaths each year happen suddenly. Though an unexpected death under 40 years old isn’t as likely, it still affects as many as 8.5 people out of 100,000 each year, according to the American Heart Association journal.

Millions were stunned when the news broke that basketball legend Kobe Bryant, his 13-year-old daughter and 7 other passengers had died after their helicopter crashed on the way to a tournament Jan. 26. That feeling of time stopping all over the world has only been replicated a handful times before, when icons like Michael Jackson or Princess Diana met similar fates.

When celebrities die unexpectedly, the world mourns their loss. But thousands of ordinary people die suddenly every day, and the aftermath is just as devastating.

“A person is just not prepared to lose somebody in the span of an hour or 24 hours; no one can ever be ready for that — for that rope to be burned or yanked away from us,” said David Fireman, director of the Center for Grief Recovery and Therapeutic Services. “We can’t process in cases of sudden death. Survivors are often times traumatized by the experience.”

Brett René, 20, was just about to go to bed when he got a text in March of last year.

“Did you hear about Max?” it read.

He hadn’t, he said, but didn’t think much of the text. A friend then informed him that one of his closest friends had died by suicide.

He wanted to deny it. René said Max, then 20, was a “super bright kid,” and he tried hard to figure out if there was any way it wasn’t true, talking to Max’s family, reading his journals and questioning with his friends.

When people lose someone they love, they grieve and they mourn. Both are natural healing processes, Fireman said — reflective and inborn, built into our genetic code. But they’re not the same thing.

Grief is reactionary. It’s the knot in your stomach that appears the second after hearing that Kobe Bryant died in a helicopter crash and his daughter was on board, or the tears that accompany the discovery that the friend you saw just last week you’ll never see again.

“The very notion temporarily throws us into chaos and pain,” Fireman said. “It comes in waves and is often unpredictable; the only thing you can do to survive is buckle your seatbelt and let it take you for a time.”

But mourning, he said, is not so short-lived. The famous stages of grief — denial, anger, bargaining, depression and acceptance — are more suited to mourning, and they aren’t so cut and dry. Mourning is a lifelong process of coming to terms with a new reality, one without the person who has died.

It’s why a late person’s favorite song might still bring tears to your eyes or why their old things might sit in your basement, untouched for years. It’s why finding out a public figure has suddenly died could make you write a story about sudden death.

“Grief can happen within the longer term mourning process,” Fireman said. “I might get a call from somebody who is having acute reactions and they’re not sure why. After uncovering, we may find it’s because they haven’t really processed grief, haven’t mourned their loss; grief is still there reminding them of unprocessed material.”

When someone dies suddenly, grief and mourning often become intertwined. There’s no opportunity to “finish up business,” Fireman said, and the ability to let go over time, before a person is gone, is “essentially vaporized.”

The trauma that comes with losing someone suddenly often keeps those left behind from pursuing natural healing, he added.

“I distracted myself, worked out a lot, climbed — almost swept it under the rug,” René said. “[Max’s death] just brought up too many questions.”

“It was so hard to imagine going back to what was normal,” said Allison Teeling, a friend of Lauren’s. “I was 15 and had never experienced a loss like that, and it was extremely intense to navigate. I struggled to deal with the situation for a long time. It’s not something I can imagine ever being over, but I’ve found a way to handle my life and be successful while still having some grief in my heart.”

While people who directly lose loved ones often deal with the most trauma, that’s not to say that millions aren’t impacted by the loss of important public figures. It’s true that the farther you are from a late person’s inside circle, the less likely it is that trauma will stick. But the legacy left behind by figures like Kobe makes their loss feel personal.

“Growing up, [Kobe] was like our Michael Jordan for my era,” said Charlie Moore, a player on DePaul’s basketball team. “His mentality towards every game and towards practice as well — it was just sad to hear, you know, crazy.”

Celebrities who inspire the masses are often painted as superheroes — incapable of wrongdoing and invincible. To lose a person like that underscores the fragility of life.

Loss often puts into perspective what matters and what doesn’t, and people who haven’t experienced that may not be able to understand.

“Losing her really affected some of my other relationships,” Teeling said. “It made some stronger, but it also complicated some relationships that were really important to me. We all grieve in different ways and, unfortunately, some ways aren’t very compatible with others.”

“Lauren’s death shaped all of my future relationships,” said Karina Libby, another friend of Lauren’s. “It changed my philosophy on life, on love, on beliefs as a whole. For a long time, I lived in fear not knowing who or when the next death would be. I was terrified that everyone around me would leave suddenly.”

Oftentimes the most challenging aspect of loss can be coming to terms with the fact that that person will not be with you as life goes forward.

As I work toward my undergraduate degree, I’m constantly reminded that Lauren never made it to high school graduation. The contents of her wedding Pinterest boards will never be realized, while mine likely will. As I grow older, she remains stuck in time.

“My friend put it well: We’re never gonna meet his wife or his kids, but someday we’ll all have our own,” René said. “We were looking forward to seeing him as a dad, and it’s something we won’t be able to see. I don’t think it will ever be possible to totally cope with that.”

Imagining the future without someone you loved can feel like a future not worth imagining. But recognizing that the person you lost is still with you, in an abstract way, can be helpful in the healing process, Fireman said.

Lauren was with me when I picked out my outfit for my last first date, like she was when she helped me pick out an outfit for my first first date. Every time I cover a Women’s March, she’s there, telling me to make sure the world knows that women are just as tough as men — something we talked about often on the floor of her hot pink bedroom. When I’m sad and can’t help but miss her, she reminds me that she is and has always been more than what she was when a body accompanied her fierce spirit.

CORRECTION (Feb. 13, 2020): A previous version of the story incorrectly said René spent time journaling after his friend’s death. He was reading his late friend’s journals, not journaling on his own.