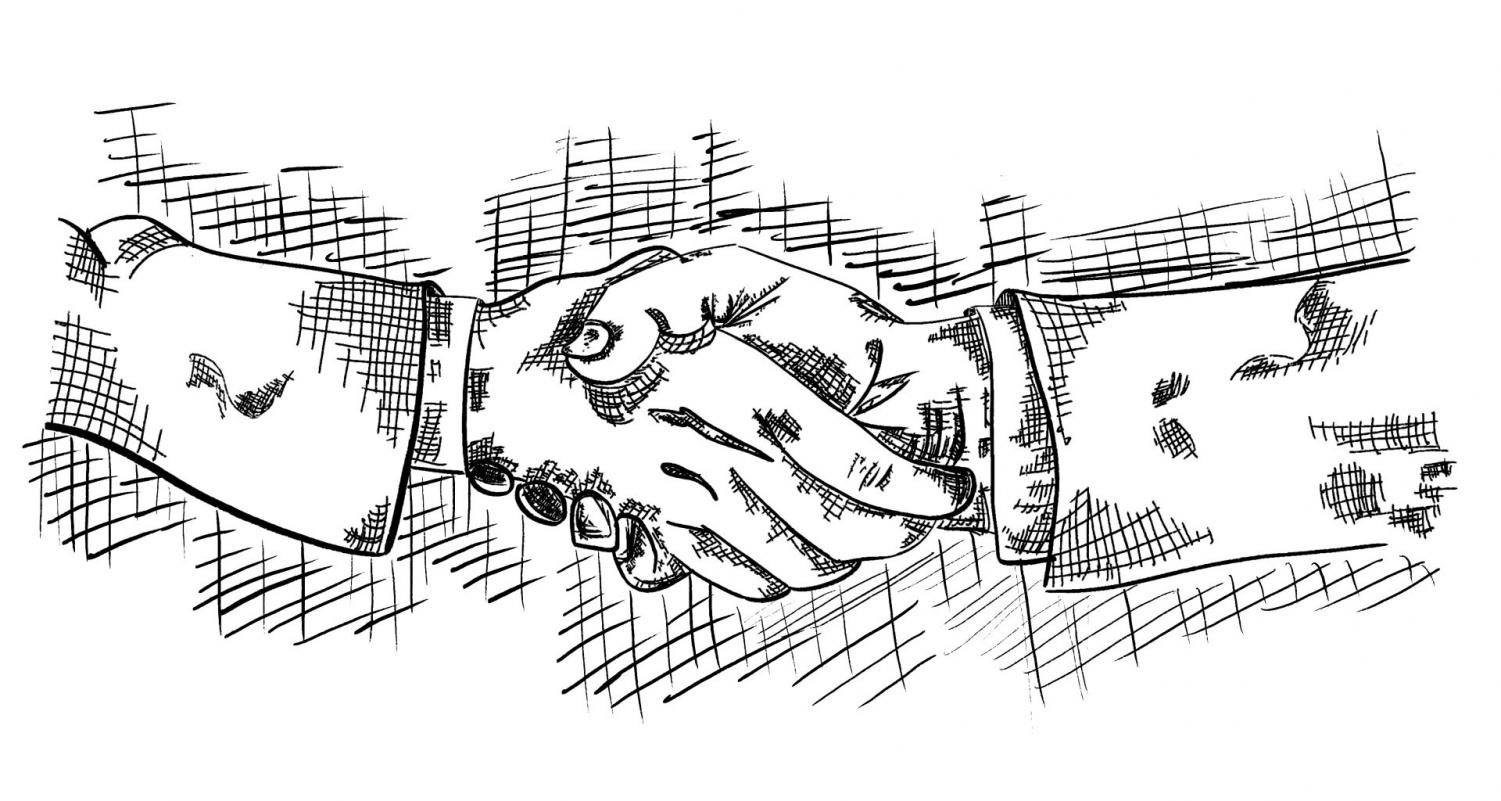 Handshakes may not survive the coronavirus pandemic

Greetings that involve any type of contact have become rare as COVID-19 has forced people to practice social distancing. Many of the normal daily greetings like the handshake, the fist bump and the dap have been phased out for the time being.

However, this has raised questions about the safety and practicality of these types of greetings. Dr. Anthony Fauci, the director of the National Institute of Allergy and Infectious Diseases, said that it would be beneficial for Americans to stop shaking hands in general, not just to prevent the spread of the coronavirus, but also to decrease the numbers of flu infections annually.

Fauci’s advice has opened up this discussion and has also shed light on the dangers of the handshake, and its potential role in the spread of infectious diseases.

Sarah Connolly, an associate professor in the DePaul College of Science and Health, explained how handshakes can spread disease and discussed the need for people to move away from the practice.

“Whatever is on your hand from rubbing your eyes, your mouth, or your nose; you could have bacteria or viruses on your hands,” she said. “Then you shake hands with someone else, and you transfer some bacteria or virus to their hand, and then they touch their mouths, their noses, or their eyes, and they infect themselves.”

While shaking hands can be dangerous, Connolly also said that it is not guaranteed that there will be disease spread each time.

“Most of the time, you are not going to be transmitting a disease when you are shaking hands,” she said. “But I am totally on board for a society where we replace handshaking with something else.”

Fauci’s remarks also bring up the question of why the handshake is so important in American culture and what substance greetings like the handshake add to conversations.

The handshake is not just a greeting. It is used to establish trust and kickstart an interaction, according to Breanna McEwan, an associate professor in the College of Communication.

“Handshakes provide a level of immediacy in a greeting,” she said. “Immediacy behaviors are those that communicate warmth, closeness and affection.”

The handshake serves as an introduction and they often are accompanied by other actions that help signal the trust the handshake is meant to create.

“So when we shake someone’s hand, we’re taking the opportunity to communicate that we are interested in a warm, friendly interaction,” she said. “A handshake often goes with a smile and eye contact: All behaviors that signal both trust and immediacy.”

Connolly spoke of a few alternatives that could be used in the future to help decrease the risks from handshakes.

“Just a wave or a nod,” she said. “It would be neat if we came up with some sort of accepted symbol of ‘hello’ that would replace handshaking.”

She also said she does not approve of the elbow bump that some have resorted to using.

“It is kind of awkward, and also it still involves touching someone,” she said.

Michael Bsharah, a complaint intake specialist at the Office of the Inspector General who works in River North, said that he believes the handshake will be eliminated eventually.

“Considering the current state of the world, and the fact that there’s alternatives in other professional regions (such as the bow in the East), I think the handshake will be eliminated in due time,” he said. “Although part of me wants it to be replaced with the fist bump instead.”

There are opposing viewpoints on whether the handshake will survive the coronavirus or not. Connolly said that for people in the field of biology, it will be easier for them to stop shaking hands and move to something safer, but for other industries it may be different.

“I think people in the business world have worked on developing that firm, perfect handshake,” she said. “They will be sad to not be able to practice it anymore, but given how coronavirus has impacted society, I have to think people will be willing to pick up a different social greeting.”

McEwan believes that the handshake will survive, even if it is minimized for some time.

“It is a strong social norm,” she said. “It’s likely for a while that people may request to avoid handshakes but as the risk fades, people will likely return to handshaking.”

Whatever the future holds for the handshake, it seems that for the time being, greetings will remain hands-free.

“It would be nice for everything to go back to absolute normality once this is all over, but that’s simply not possible,” Bsharah said. “It’s imperative that when the quarantine is over, we continue to do what we can to prevent it ever happening again.”