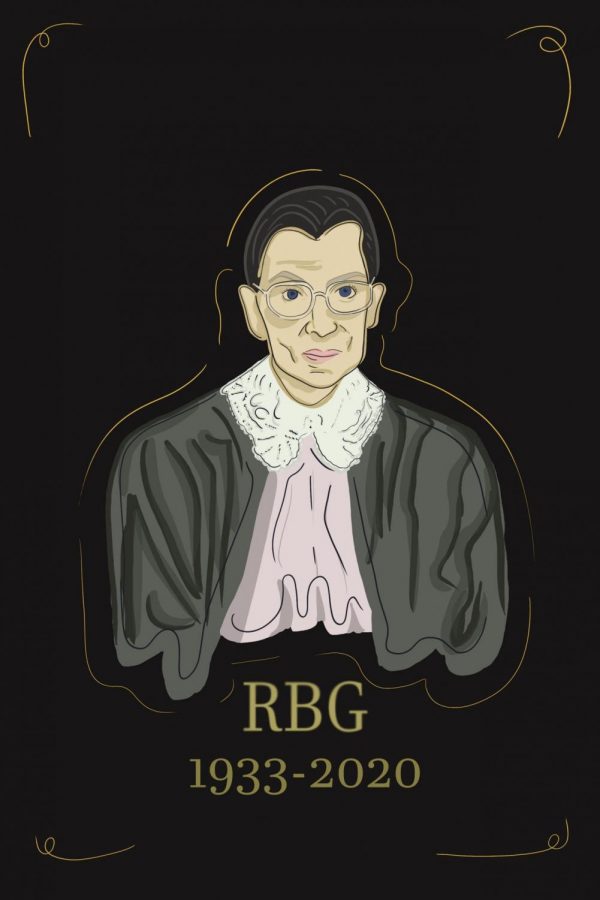 From the editors: We wouldn’t be writing this if not for Ruth Bader Ginsburg

In a man’s world, the playing field has never been level.

In a man’s world, societal barriers are assigned at birth, making it more challenging for women to reap the same benefits as men.

In a man’s world, women might not feel as though their voices matter.

It’s still a man’s world. But Ruth Bader Ginsburg made it so much easier for women to be heard within it.

The women who have worked for this paper are sharp, hard-working, empathetic, talented women.

Some have gone on to be star reporters for important papers or expert public relations professionals for important people. Others went on to top graduate programs or are balancing tough careers while raising kids.

The women on our staff today have different dreams, professional and personal. Without Ginsburg, those dreams — and the ones already achieved by our paper’s alumna — may not have been attainable.

“She was literally the architect of the legal movement that led to protections for women under the Constitution,” Marcia Greenberger, former co-president of the National Women’s Law Center, told USA TODAY.

In Reed v. Reed, the Constitution’s Equal Protection Clause was applied to discrimination against women for the first time, and in Craig v. Boren, it was determined that laws cannot discriminate on the basis of gender. Those are just two of the many cases Ginsburg litigated that paved the way for women like us to be able to achieve what we want to achieve, independent of male influence.

But there is still more work to be done.

While Ginsburg undoubtedly broke down barriers for many women in America, the obstacles for women of color remain ever present. Ginsburg was an icon of feminism, no doubt about it. However, as we pay tribute to her legacy, it is important not to act as if her contributions were the farthest we have to go.

Popular media depictions of Ginsburg within the last decade have often both oversimplified and deified her, reducing her to an infallible “you-go-girl” symbol of women’s liberation. Much of Ginsburg’s status as a feminist icon has been dominated by white feminism, a subgroup of the larger movement that focuses primarily on the struggles of white women.

The next generation of feminists has work to do in order to continue to break down barriers for all women. Because of Ginsburg, they’re able to do it.