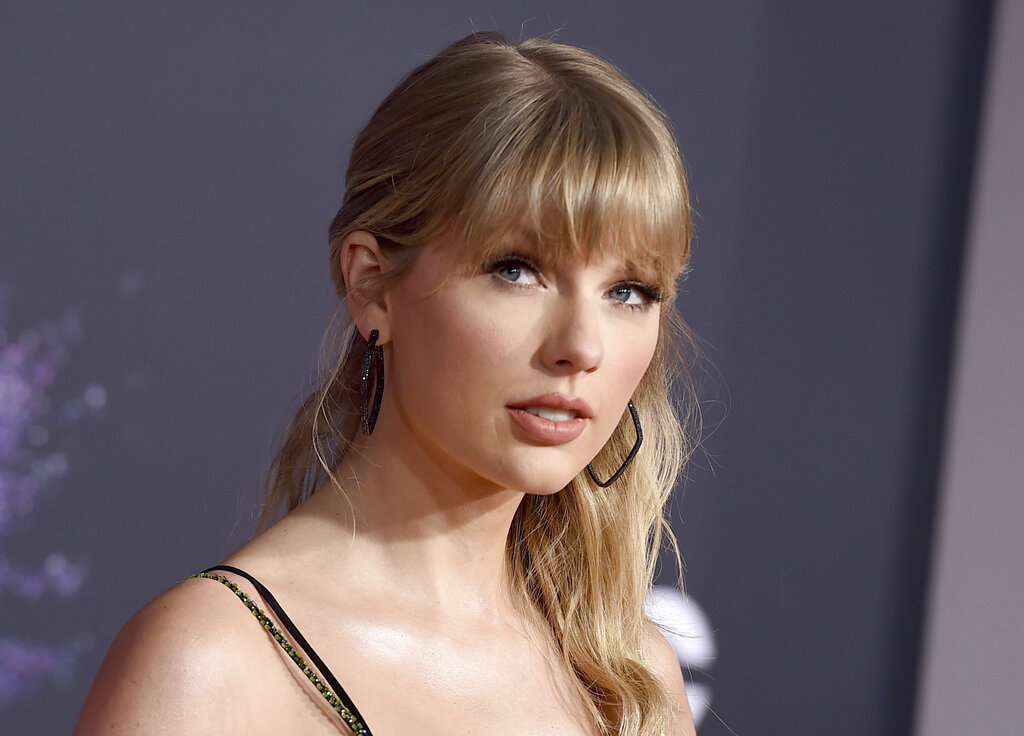 The best song from every Taylor Swift album

Every time I write about Taylor Swift, I feel like I’m turning into a parody of myself. Having spent the weekend listening to Swift’s new version of “Love Story,” I began to think — like I always do — about how I would rank her expansive, generation-defining catalog.

While ranking her discography in its entirety would be far too overwhelming — perhaps leading to full-blown neurosis — I instead have combed through her studio albums and picked what I believe to be the best track off each release. It wasn’t an easy task, but nothing worth doing is.

The first single from Swift’s debut album, “Tim McGraw,” is the song that launched her into public consciousness — and it’s not hard to understand why. While the song’s content is reflective of Swift’s youth — having written the song as a freshman in high school — it in no way dilutes the song’s quality.

“Tim McGraw” highlights Swift’s talent for blending sharp songwriting with radio-friendly melodies; this was the last song I listened to of the list and it is not a far cry from Swift’s later work, which often takes a reflective look on those who pass through her life.

Most artists would be lucky to write a song as emotionally resonant and smart as “Tim McGraw” at the peak of their career. The fact that it was Swift’s first major release was the first hint of how monumental her career would become.

Best lyric: “When you think happiness / I hope you think that little black dress.”

I spent most of my youth blasting Swift’s second album in its entirety, memorizing every lyric and internalizing every emotion on the album as if it happened to me. Never mind the fact that I was nine years old when “Fearless” came out.

While featuring star-making classics like “You Belong With Me” and “Love Story,” the title track remains the album’s best song, sending “Fearless” on an incredibly strong start. Boasting classic early Swift-isms like rainstorms, favorite dresses and boys who make everything feel a little more cinematic, “Fearless” pinpoints the excitement and grandness of first love.

Swift announced that “Fearless” will be the first of her albums to be re-recorded in its entirety. I know that when she does release her new version of “Fearless,” it will be like hearing from an old friend who reminds you of the best parts about growing up.

Best lyric: “And I don’t know why but with you / I’d dance in a storm in my best dress.”

Swift’s third album was a message to those who doubted her musicianship that she could write an entire album by herself. “Speak Now” is one of Swift’s more uneven albums; while it is home to some excellent, enduring solo works, it also drags in its midsection, with some specific tracks aging poorly.

But “Sparks Fly” works every single time. Written by Swift at the age of 16, the song is a country-pop anthem, hinting at Swift’s future in pop anthems designed to fill a stadium. “Sparks Fly” is also notable for being the first of Swift’s songs to hint at more adult material; when listening to the song, it is hard to imagine that the lyrics are only about having a crush.

While “Speak Now” is one of her shakier albums, it will be a cold day in Hell before I don’t sing every word to “Sparks Fly” at full volume when it comes on.

Best lyric: “Give me something that’ll haunt me when you’re not around.”

Here’s a hot take: “Red” is not Swift’s best album. While featuring some of the most impressive work of her career, it also shares time with some of her laziest, most inconsequential tracks as well. But — much like Swift herself — when it’s good, there’s nothing quite like it.

This is probably the album I spent the longest time debating over; as I rifled through the tracklist, my mind began to wander, wondering if I was playing it safe by declaring “All Too Well” the best song. But the obvious answer is often the correct one.

“All Too Well” sees Swift simultaneously nostalgic, furious and defeated, replaying a failed romance over and over, searching for the answer as to how and why things went wrong. Featuring ultra-specific lyrics about a missing scarf and devastating lyrics of no longer knowing herself, the song captures Swift’s heartbreak while still remaining universal.

In a post-pandemic reality, I hope I can scream “All Too Well” at the top of my lungs in a room full of strangers.

Best lyric: “I’d like to be my old self again/ But I’m still trying to find it.”

If “All Too Well” is an angry, unfulfilling search into love lost, “Clean” is the catharsis that comes when one finally moves on. The closing track from Swift’s cannonball into pop superstardom, “Clean” sees Swift let go of the failed romance that “1989” spends much of its time ruminating over.

While not the most bombastic or catchy of Swift’s songs, the mellow production and introspective lyrics struck a chord upon my first listen; “Clean” feels like the sigh of relief that comes when you realize you are going to be alright.

“Clean” is a perfect final chapter to a larger-than-life romance, and it’s a great listen – even if your ex-boyfriend isn’t Harry Styles.

Best lyric: “You’re still all over me / Like a wine-stained dress I can’t wear anymore”

“Reputation” was a mistake. While Swift could have spun gold out of her tarnished public image, the album is, as a whole, petty, bloated and ultimately embarrassing for Swift. But even so, there are still some hits.

The only songs that work on “Reputation” are the ones that aren’t explicitly about her ongoing feud with Kanye West. While “Delicate” doesn’t ignore the situation entirely, the song taps into Swift’s humanity rather than her failed attempt to appear tough and unbothered amid the bad press.

There’s something profoundly honest and vulnerable about “Delicate,” which sees Swift anxiously wondering whether or not she is going to ruin things with her then-new romance Joe Alwyn. The vocoder-enhanced vocals evoke an internal monologue, with Swift doing what she does best: making the experiences of a wildly successful and famous pop star feel relatable.

Best lyric: “Handsome, you’re a mansion with a view”

When I think of Swift’s seventh LP, I think of wasted potential. Pitched as a clean break from the exhaustingly extra “Reputation,” “Lover” stumbled out of the gate with Swift inexplicably picking one of the worst songs she’s ever written as the lead single. Did she forget that “Cruel Summer” was on the album?

Co-written with Jack Antonoff and St. Vincent, the song weaves a gripping tale of a secret romance over soaring synth leads and impressive vocal delivery from Swift. The track builds over its first half, culminating in one of Swift’s best bridges ever. The transition into the final chorus is something you simply have to listen to with headphones.

While “Cruel Summer” deserved to be a lead single, the fact that it exists at all is a triumph; with the track, Swift definitively proves that she can spin a tight, compelling narrative on an unabashed pop tune.

The first time I heard “betty,” I knew it was going to be my favorite song off of Swift’s surprise eighth LP. Seven months later, the song has not budged from my ranking.

A return to Swift’s roots in country-tinged songs about high school romance, “betty” follows a 17-year-old boy giving a comically bad apology for cheating on his girlfriend over the summer. Am I a bad person for rooting for him?

What first struck me about “betty” was its unabashed sincerity. Even though Swift herself is not the narrator of “betty,” I still feel as though she means every word she sings. The story told by the lyrics, while simple, is compelling all the same, the last key change in the final chorus ending the song on a triumphant note.

I can’t help but get emotional when I listen to this one. I love those crazy kids so much.

Best lyric: “I don’t know anything / But I know I miss you”

I really wanted to love “evermore.” But unlike “folklore,” which gets better with each listen, the album’s flaws have become more apparent since its release. While I’m apathetic to a significant amount of the songs on the album, I loved “willow” the first time I heard it.

Featuring gorgeous plucking guitars and folky, fantastical lyrics, the song is a beautiful exploration of the comfort that comes with healthy love. While featuring a big lyrical mishap from Swift (“I come back stronger than a ‘90s trend” should have never been allowed on the album), I can’t help but love “willow.”

The final chorus of “willow” makes me grateful for a mutually respectful, continuously exciting relationship I’m not even in — and that’s the mark of genius songwriting. If only the rest of “evermore” followed its lead.

Best lyric: “You know that my train can take you home / Anywhere else is hollow”