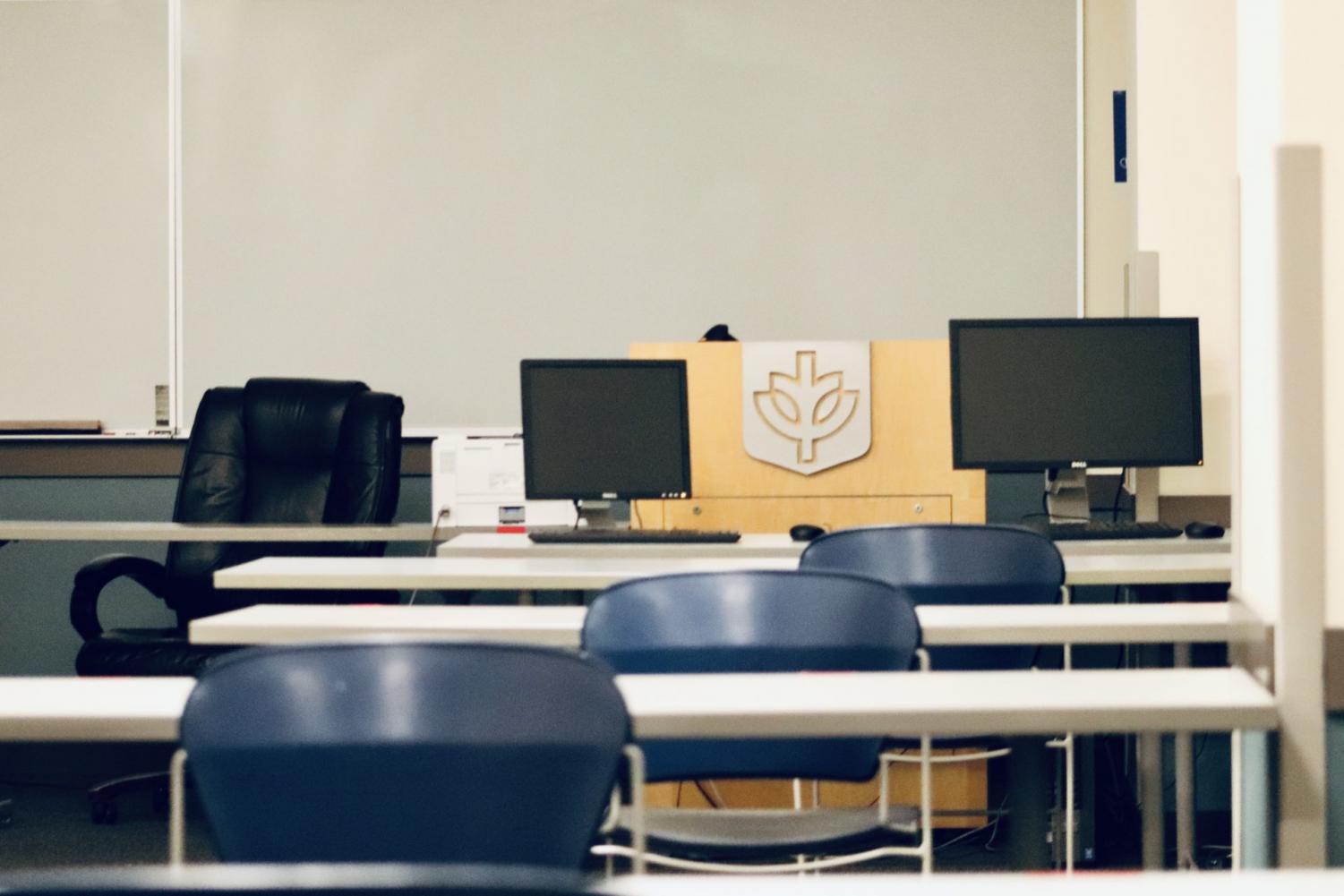 An empty classroom set aside for socially distanced learning at DePaul’s Loop campus.

DePaul students look back on a full year of online school

On March 11, 2020, DePaul President A. Gabriel Esteban announced that the upcoming spring quarter would be almost entirely remote, due to growing fears regarding the potential spread of Covid-19 on campus.

“In the interest of the health and safety of our community, DePaul has decided to take proactive, immediate steps to encourage social distancing — a practice that is encouraged by the Centers for Disease Control and Prevention to limit the spread of Covid-19, or coronavirus,” he said in an email to the DePaul community.

In The DePaulia’s initial coverage of this news, we noted that it was “unclear if the university’s decision was set in stone.” Over a year has passed since the announcement and the DePaul community remains largely virtual, with a majority of courses, organizations and resources being offered in a digital setting.

After a year of “unprecedented times”, canceled campus life and many Zoom calls, DePaul students are sharing many of their similar and different experiences as they reach their first anniversary of virtual college.

The early onset of the pandemic saw high school seniors across the country forego traditional milestones, like prom and in-person graduation. For Mason Lampa, now a freshman at DePaul, one of the most significant disappointments was being unable to participate in his music department’s senior performances.

For Lampa, a jazz studies and music performance major, the loss of an in-person classroom environment has proved to be a major obstacle in his education.

For those who began their college career in a pre-pandemic setting, trading a traditional college experience for one that revolves around Zoom was a difficult adjustment.

Incoming freshmen often look forward to living in a dorm, visiting campus for orientation and welcome week events, but for many this year, they missed out on those experiences as they all went virtual. When incoming students lost their ability to dorm on DePaul’s campus, they faced the option to stay at home to begin college or look for an apartment around campus.

Will Blevins, a freshman at DePaul, decided to leave his home state of California and look for an apartment in Lincoln Park despite his classes being online.

“I think a big thing for me was that I really just wanted to move out and I was looking to get a job,” Blevins said. “I really wanted to go to DePaul because of the great film program they have here so I decided to look for apartments, find one, come to Chicago, get a job and go to school.”

Without an orientation or chance to do a campus tour, when Blevins moved to Chicago, it was his first time in Chicago. “I did kind of have to do a lot of learning and exploring myself with the train and stuff,” he said. “Just a lot of trial and error.”

After a year of online learning, many students feel that they still haven’t adjusted to the virtual setting.

“I never did well with online classes simply because I don’t have the proper time management skills,” said Natalia Narajczyk, a senior studying early childhood education. “I think a big component is also lacking the motivation to sit there for an online class or find the time to work on assignments for these courses.”

Mary Zopf, a senior studying international studies, said her experience has been “extremely strange” given her circumstances, but the transition wasn’t too difficult overall.

“I’m a third-year student but graduating this June, and by the time I graduate I’ll have spent more quarters away from campus than on campus,” Zopf said in an email. “I was studying abroad last winter [and] spring and had to come home due to Covid, then took on a few DePaul classes for spring quarter while completing my study abroad ones remotely.”

Another senior, journalism student Katie Kostelic, said she misses connecting with professors and other students in class.

“When I’m in-person, sitting next to classmates and listening to a professor, you start to make friends, understand the class dynamic and become more involved,” she said. “It’s fun to make friends in your classes and make study groups or see the real personality of a professor, and I haven’t done that in a year.”

Matthew Yonemura, a senior studying film and television, shared that while this year was a bit unconventional, it taught him more than what traditional college could.

“This time taught me a lot about the important things I think as far as I was educated so much on the social injustice in America,” Yonemura said. “It let me look inward a lot more.”

Yonemura shared that over the course of this past year, he felt detached from the university as an institution. “To be honest, more and more I got a little bit detached from DePaul in the sense of the college experience of school spirit,” he said. “It had a lot to do with just their reaction to the civil unrest.”

He added that he felt the university has also been really lackluster in its response to Covid-19. “I’ve been more and more disappointed with the higher-ups at our school,” he said. “That’s been kind of the most  –– that’s been the most disheartening part of it all.”

Yonemura shared that when classes went online last spring, there was only one class available to him that contributed to his degree progress. Instead of taking classes that directly added to his progress, he had to take replacement courses in different film departments.

For those just starting to earn their degree, the prospect of beginning college in a virtual setting was enough to deter some students from attending DePaul at all.

“This is an all-time high figure for DePaul and is directly related to the impacts of Covid,” Holder said.

28 of the deferrals have enrolled in the winter quarter and another 15 have registered for spring.

Despite the deferrals, enrollment summaries for the 2019-2020 academic year showed an overall increase in enrollment.

“This steady decline in the undergraduate student body tells us that we need to become more effective as a community in ensuring that a larger proportion of our continuing students persist and complete their college degree at DePaul,” Ghosh said.

Some students have remarked that they don’t think the quality of DePaul’s online courses is up to par with the price of tuition.

“I do not feel the price is worth it through an online education,” said Stephanie Suazo, a senior studying user experience design. “Many professors skip out early so we have less time with them as a senior, we don’t have the in-person interaction for our higher-level courses like the multi-part capstone.”

Others admitted to reconsidering if they should have returned to DePaul at all.

“It has been almost a year full of only online courses and I can say that it has been my most difficult year at DePaul,” Narajczyk said. “It makes me wish that I had taken a gap year.”

In spite of the difficult adjustments needed to adapt to online school, students have been able to find silver linings.

“I hate to say that a year of Covid has been good for me, but online school and lockdown last year gave me time to connect with friends and family way more than I did when school was in-person,” Kostelic said. “I am someone who doesn’t like to travel home to Kentucky and miss class, but with online school, I’ve visited home more and still kept up with my school work, which has been nice.”

Some students appreciate of their professors and how they adapted to help students during this difficult time.

“I have nothing but respect for the professors and how they handled it,” Yonemura said. “Especially that first quarter when it was online, a lot of them had to really adapt to their coursework.”

“I’ve strangely been feeling much more independent and prepared for a ‘real job’ by being off-campus and juggling classes, a remote internship and a part-time job,” she said. “[It] makes me feel like I’m managing a lot while not feeling very much like a ‘student’ by being trapped on campus for hours every day. I like it.” 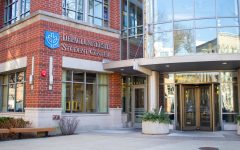 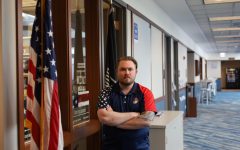 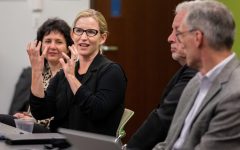 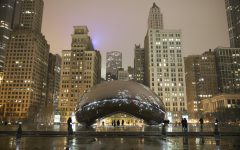 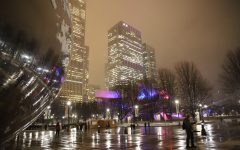 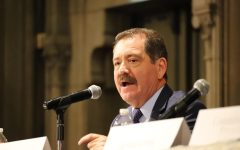 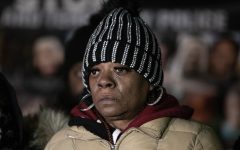