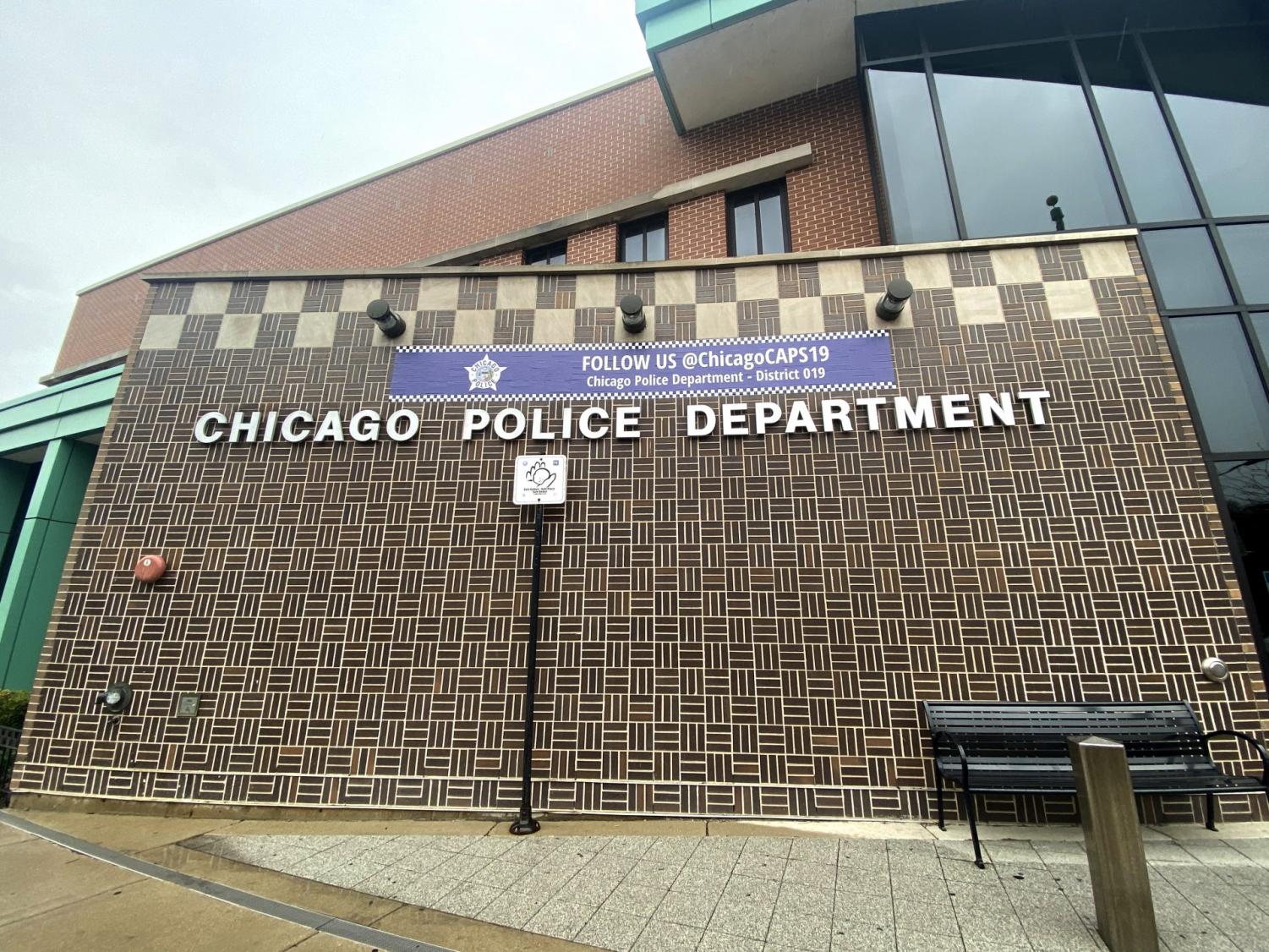 The difference between reform, defund and abolish

Marching footsteps and thunderous voices crowded the streets of cities nationwide last May after the murder of George Floyd. Anguish and outrage propelled the Black Lives Matter movement forward in a way it hadn’t been seen since its start.

Politicians and law enforcement were forced to come face to face with a message they tried, for decades, to ignore: police violence is a direct result of systemic racism in policing.

Solutions for addressing systemic racism in policing came in a variety of forms and were more popularly discussed under three categories: reform, defund and abolish. Though these solutions all advocate for changing the face of policing as we know it, these terms became a source of confusion, misinterpretation and dispute.

For example, the city of Minneapolis, where Floyd was killed, vowed to disband its police department in response to community outrage. According to The Star Tribune, city council members misinterpreted what the disbanding pledge meant and instead fought each other for months over what policing reforms should take place. They settled on shifting $8 million of the city’s $179 million police budget to other services.

So, what exactly is the difference between reform, defund and abolish? It’s fairly easy to blend their definitions together under the notion of police change, but it’s important to remember one is not like the other. The DePaulia asked experts to further help explain the key distinctions. Here’s what they had to say.

At its core, police reform is an attempt to further educate and enlighten police officers and departments with the goal of restoring police legitimacy.

According to a community mobilization toolkit created by the NAACP, there are three areas of focus for reformists: hold police forces accountable for misconduct, have strong policies and relevant training and involve communities in active decision-making.

“Resources need to really be put into recruiting the right type of individual that can rebuild the trust,” said Rhonda DeLong, a professor of criminology at DePaul University and part-time Michigan police officer.

The Chicago Police 2019 consent decree, a court-ordered mandate, required reform to address police training and “provide officers the support they need to implement safe and constitutional policing practices.” This decree is meant to bridge the gap between the Chicago Police Department and Chicago residents. However, solid reformation plans have yet to emerge from the decree.

In looking at state reformation proposals, data from the National Conference of State Legislators shows that since last May, 25 states have enacted a total of 107 police reform bills.

Depending on city and state, each bill caters to reform measures legislators feel are necessary. The broad array of bills work on a number of things including: improving police capacity and effectiveness, focusing on integrity and how officers deal with misconduct and, most importantly, improving police accountability. The latter is geared towards two things, police training and establishing new criminal offenses for conduct that constitute murder or manslaughter.

Lightfoot’s 2019 election campaign hinged on her record as a police reformer. Black Lives Matter Chicago activists have since criticized her for failing to deliver meaningful police reform in the last two years.

“Reform is very incremental and it means typically kind of chipping away at the edges of something or tinkering,” said Christina Rivers, a professor of political science at DePaul University.

How that tinkering is done heavily involves the input of a community.

“We have to look at those perspectives and how people are viewing the police,” DeLong said. “The same thing can be done in different communities and be viewed completely differently, so the input is critical.”

Of all three terms, calls to defund the police are the most misunderstood. It is also a possible solution slowly gaining more support among Americans.

According to the American Civil Liberties Union, to defund the police means to cut the amount of money the government spends on law enforcement and focus those funds on services that are more desperately needed. These services may include job training, education, affordable housing, health care and even violence prevention programs.

Calls for defunding also include creating specialized Crisis Intervention Teams or similar approaches that would take the place of police officers in certain situations, specifically in instances of mental health and substance abuse crises. More than a quarter of all people killed by police officers suffered from mental illness.

“In a healthy society, your schools, your mental health clinics, your hospitals, your social services, would deal with issues of conflict,” said Xavier Perez, a professor of criminology at DePaul University. “The criminal justice system should be a small part of it.”

Calls to defund police also address the allocation of funds police use to acquire more military equipment for their departments.

“Peace officer” is an official title for law enforcement, it’s just not commonly known. Rivers said it’s even less used now since the militarization of the police, something that occurred in part because of government programs.

“There’s programs now where the federal government has either given or sold at a very low cost, decommissioned military equipment, or extra military equipment.” Rivers said. “You can imagine that police forces, especially in smaller communities that don’t have a lot of money, are grabbing this stuff as much as they can.”

In looking at the conversation around defunding movements, unnecessary spending by police departments has become grounds for evidence showing the necessity of the movement.

According to Chicago’s 2021 budget overview report, the Chicago Police Department’s spending budget totals $1.69 billion. This excludes grant funding, money given from various federal, state, local and private organizations. The grant budget is around $2.9 billion, and public safety makes up about 8.2 percent of grant funding expenditures.

On top of that, according to The Civic Foundation, CPD makes up 37 percent of the city’s $4.4 billion Corporate Fund, which is the city’s general operating fund supporting operations and services like public safety, public health and small business assistance.

Injustice Watch reported that Chicago is spending more on policing per person than at any time in the last half-century.

“In the past, we used to provide so much more in terms of financial resources to people that were the neediest ones in society so I would say that defunding is an appropriate solution,” Perez said. “I like the idea of divert.”

City of Chicago budget expenses over the last two decades, from The Civic Federation. CPD does not make up the entire public safety budget.

While defunding aims to distribute government costs across all services, abolition works to completely substitute police systems with social and economic services and contributions including things like community care workers, people who are chosen by the community to do mental health checks or provide healthcare.

Abolitionists contend that the police are an inherently racist institution and that the best approach to meaningful change is to eliminate the system altogether.

Similar to reform and defunding, abolition also works to further empower the community. The primary goal is to improve things like housing, education, healthcare and job services.

As for how crime would be dealt with, abolition shares commonalities with something called the restorative justice model. This means harm caused by crime is repaired by allowing victims, offenders and community members to dictate what punishment, if any, is necessary.

“There’s this sort of fear, I think, against abolition,” Perez said. “But that’s just it — you’ve never been challenged to think about other ways or other solutions than policing.”

Police abolition not only focuses on addressing the fatal effects of racial disparities in how police govern communities, but also the effects of policing in general, particularly on incarceration.

“You hear the term abolitionist with respect to mass incarceration, not so much the terms reform and defunding, but there is a growing movement that is now using the terms ‘prison abolition’,” Rivers said.

“Policing has a history of not simply keeping the peace but doing it in a way that significantly targets people who are not considered to be American,” Rivers said.

For abolitionists, reform is simply not enough to prevent unjust police killings. Nearly 1,000 people are shot and killed by police every year— 98.3 percent of cases do not result in officers being charged.

“We are very much conditioned to think that policing is the only way to deal with crime in our communities,” Perez said “Principally, that’s what we need to overcome.”