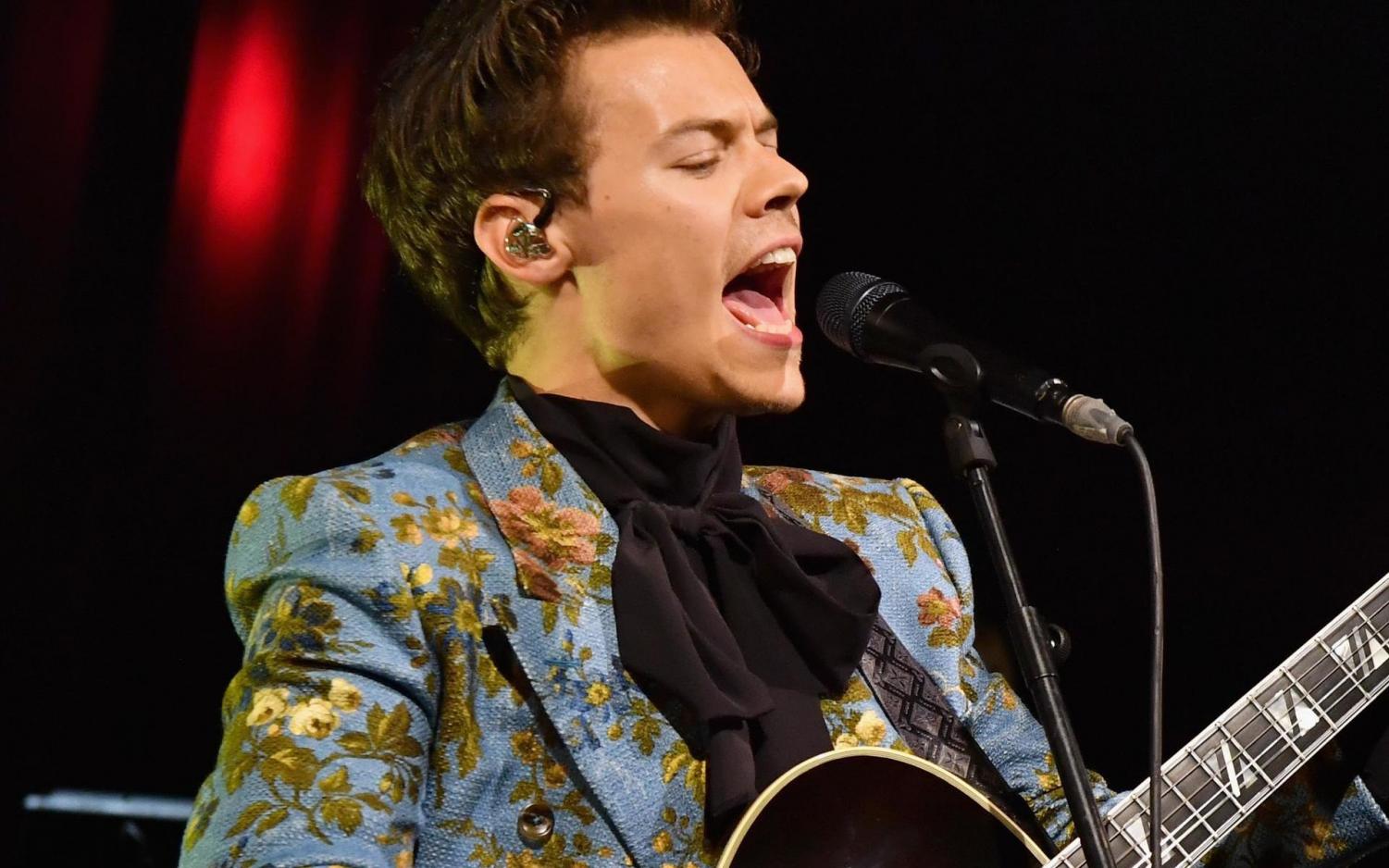 On June 30, amidst hoards of screaming, devoted fans, Harry Styles proved he is much more than your average teen idol.

In case you’ve been out of the loop for the past 8 years, Harry Styles is an English musician, who rose to international stardom as a member of the boyband juggernaut One Direction. One Direction, depending on who you ask, is either The Second Coming or the death of masculinity and music as we know it. In any case, Styles was arguably the most popular and talented member of the group, with his smooth crooning voice combined with his boyish charm and rockstar fashion choices making his face a staple in teenage girls’ bedrooms all over the world.

After the group went on an indefinite hiatus in 2015, each member embarked on separate solo projects. Styles’ first album, titled “Harry Styles,” was released on May 12, 2017, to largely positive reviews. While his three bandmates took a more traditional, R&B/ pop-rock approach to their solo ventures, Styles has favored a more 1970s rock approach, with his self-titled debut album being compared to the works of The Rolling Stones, David Bowie and Queen.

For the North American leg of the tour, Styles is joined by American country singer Kacey Musgraves. Despite being the opening act, Musgraves is far from a newcomer hoping to catch her big break. Musgraves has been the darling of country music since the release of her acclaimed first album, “Same Trailer, Different Park,” in 2013. Both of Musgraves’ subsequent albums, 2015’s “Pageant Material,” and 2018’s “Golden Hour,” have received similar praise, with critics commending her skills as a songwriter and progressive themes of acceptance and love in a traditionally conservative genre.

Musgraves performed songs mostly from “Golden Hour,” peppering in her 2013 hit “Follow Your Arrow,” and a country reimagining of Gnarls Barkley’s 2006 hit “Crazy.” Musgraves exuded the lyrical prowess of Gillian Welch and the glamour of a disco-inspired Dolly Parton, with her 2018 single “High Horse,” blending the conventions of country with the beats of dance-pop. Other highlights for Musgraves included the tender ballad “Rainbow,” which professes the message of holding on to happiness even in the darkest of times. Musgraves’ talent as a live performer, as well as her cool-girl stage presence will hopefully ensure her the mainstream recognition she so clearly deserves.

After Musgraves wrapped up her set, fans were anxiously awaiting Styles to take the stage. When the lights finally dimmed and the curtain rose, all of United Center was shrieking. Styles opened the show with the raucous, Rolling Stones-esque “Only Angel,” strutting around the stage in true Mick Jagger fashion. While it is clear where Styles has found his inspiration as a solo artist, his performance did not feel derivative, as he adds his own 2018 charm to the number.

Styles’ mix of suggestive rock songs like “Woman” and “Carolina” and thoughtful ballads like “Sweet Creature” and “Two Ghosts,” kept the concert’s energy strong, with the former causing audiences to get up from their seats and dance like no one was watching and the latter inspiring tears of joy from those who have patiently waited to hear the songs live. Styles is a skilled entertainer even when he is not singing, making the audience laugh with his playful teasing of fans dancing during slower songs and general cheeky attitude.

The highlight of the concert came toward the end, when Styles performed his lead single “Sign of the Times.” Styles asked all who were able to turn the flashlights on their phones, and dedicated the song to “anyone who needs it.”  The power ballads’ inspiring lyrics of remaining strong even in the face of apocalyptic adversity and Styles’ soaring vocals were an emotional triumph, heightened when Styles paraded around stage carrying the bisexual pride flag and a Black Lives Matter banner.

While Harry Styles is no stranger to the music industry, his solo career has already proven fruitful, with his new sound giving us a taste of who Styles truly is as a performer. His United Center concert was nothing short of outstanding, proving himself to be more than just another boy band refugee. Styles is a teen heartthrob no more, and has proven himself to be a bonafide rock star.