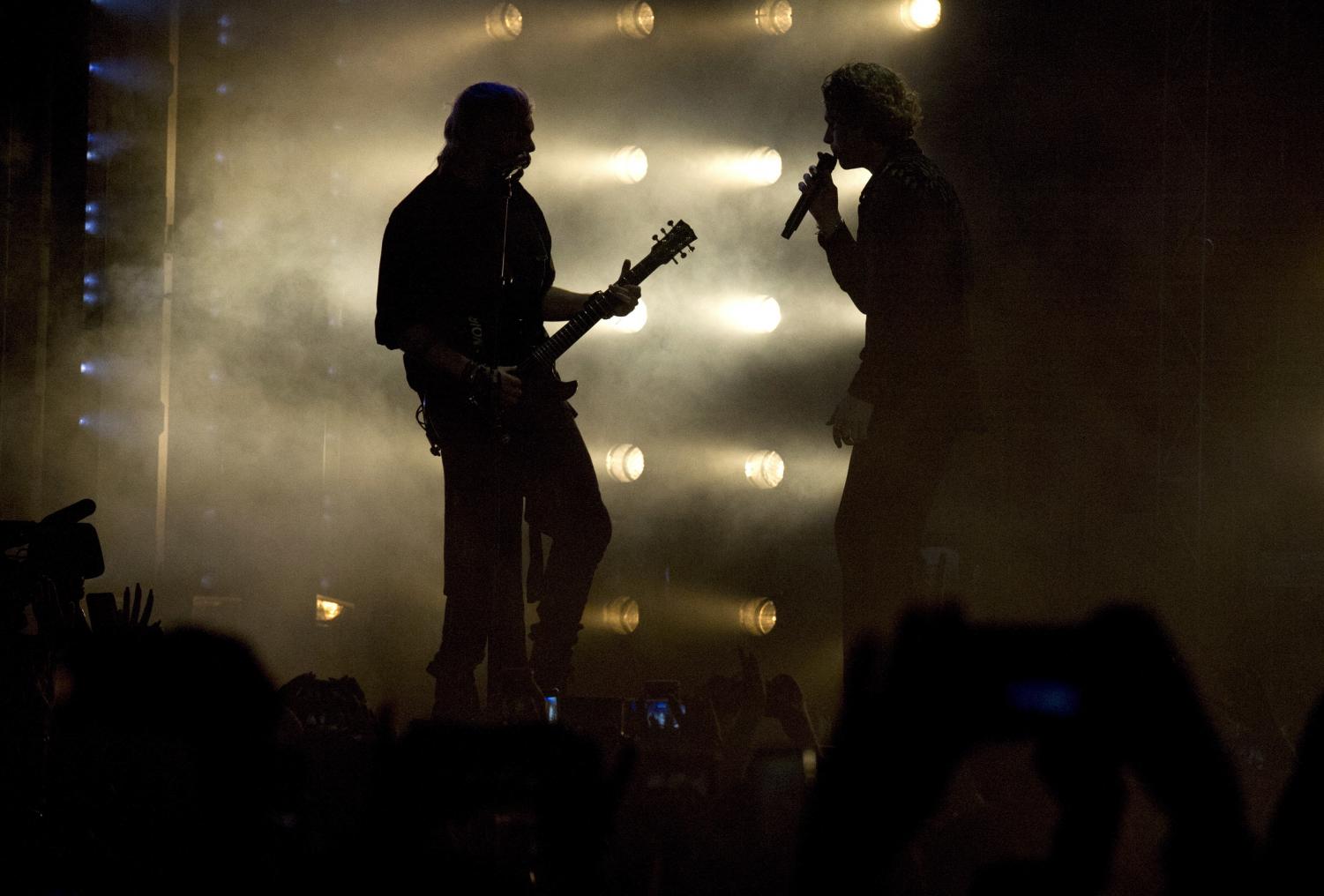 5 Seconds of Summer rock the Aragon

“This is my favorite show,” lead vocalist Luke Hemmings of 5 Seconds of Summer told the sold-out crowd at the group’s Sept. 8 show at Aragon Ballroom. “I know you’re thinking, ‘Luke says this at every show,’ but I really mean it when I say this is one my of favorite shows.”

5 Seconds of Summer is a Sydney-based pop rock group comprised of Hemmings, guitarist Michael Clifford, bassist Calum Hood and drummer Ashton Irwin. The group had humble beginnings—their career started by posting covers of popular songs on YouTube throughout 2011 and 2012, but quickly secured their spots on the charts after supporting One Direction on their international “Take Me Home” and “Where We Are” tours.

After a three-year hiatus from recording, the band came back with a bang with the release of their third studio album “Youngblood” in June. Following the critically-acclaimed success of the release—even beating out Beyoncé and Jay Z for the No. 1 spot on the Billboard 200— the group set out on their “Meet You There” tour and found their way back to Chicago — this time with The Aces.

Lead vocalist Cristal Ramirez, guitarist Katie Henderson, bassist McKenna Petty and drummer Alisa Ramirez comprise the indie opening act. Fresh off the success of their debut album “When My Heart Felt Volcanic,” the girl group joined forces with 5 Seconds of Summer to provide support for the U.S. leg of the tour.

The deafening cheers could be heard outside the venue as The Aces began their set. The connection between the group and the audience did not falter throughout the entirety of the performance. As the group departed from the stage after thanking fans, a sense of longing filled the ballroom— almost as if an encore was to occur, but one never did.

The feeling of longing for The Aces to return was quickly replaced with anticipation as fans eagerly awaited the beginning of 5 Seconds of Summer’s set. The suspense only built further as any sense of movement onstage caused massive cheers—especially when stagehands uncovered Irwin’s drum set. 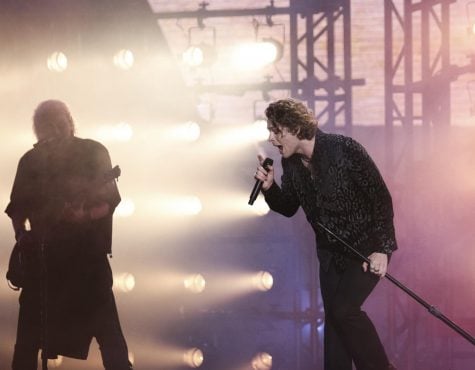 After what felt like hours, the group finally took the stage and started off the evening with “Babylon.” “Talk Fast” and “Moving Along” were up next.

The band then took a trip down memory lane with their hit song “She’s Kinda Hot.” This piece—which was a staple of the group’s “Rock Out with Your Socks Out” tour—showed just how far the group had come in terms of their sound since their formation. This progress was only exemplified with “Girls Talk Boys”— the group’s contribution to the 2016 “Ghostbusters” soundtrack.

Their newest album became the focus of the show once again, as “Waste the Night,” “More,” “Better Man” and “If Walls Could Talk” were up next. Irwin’s drumming dominated this portion of the performance, as his solos radiated through my chest as the ballroom was illuminated by purple and turquoise lights.

Things slowed down with “Ghost of You,” as cell phone screens and flashlights overpowered the light blue strobes from the stage to light the venue.

The rock came to a complete halt with an acoustic rendition of “Amnesia.” Clifford carefully strummed his acoustic guitar while all four members of the group harmonized with fans. Regardless of one’s connection to the song and its meaning, the connection between the group and fans was at an all-time high. The effort on part of the audience in the ballad was so powerful that the band took a moment to applaud their fans upon its completion.

All of the lights within the ballroom dimmed as Clifford took center stage to introduce “The Only Reason.” Hemmings then approached the piano situated on the left side of the stage. The opening chords to “Lie to Me” began as Hemmings’ powerful vocals filled the venue. Once again, the audience aided the group in the delivery of this song with their harmonization towards the end. “Why Won’t You Love Me,” “Valentine” and “Meet You There” preceded another throwback anthem “Jet Black Heart.”

As expected, the group’s encore truly stole the show. New and old fans alike rocked out the hardest to “She Looks So Perfect” and “Youngblood.” The nostalgic feeling that resulted with “She’s Kinda Hot” returned once again as the group poured their hearts and souls into the delivery of “She Looks So Perfect,” as it was group’s claim to fame in 2014.

Before departing, the band took the center stage to take their signature bow to close out the show. This seemingly small gesture actually contains a much deeper meaning—that no matter how far this group goes, they’ll always remain close to their roots.