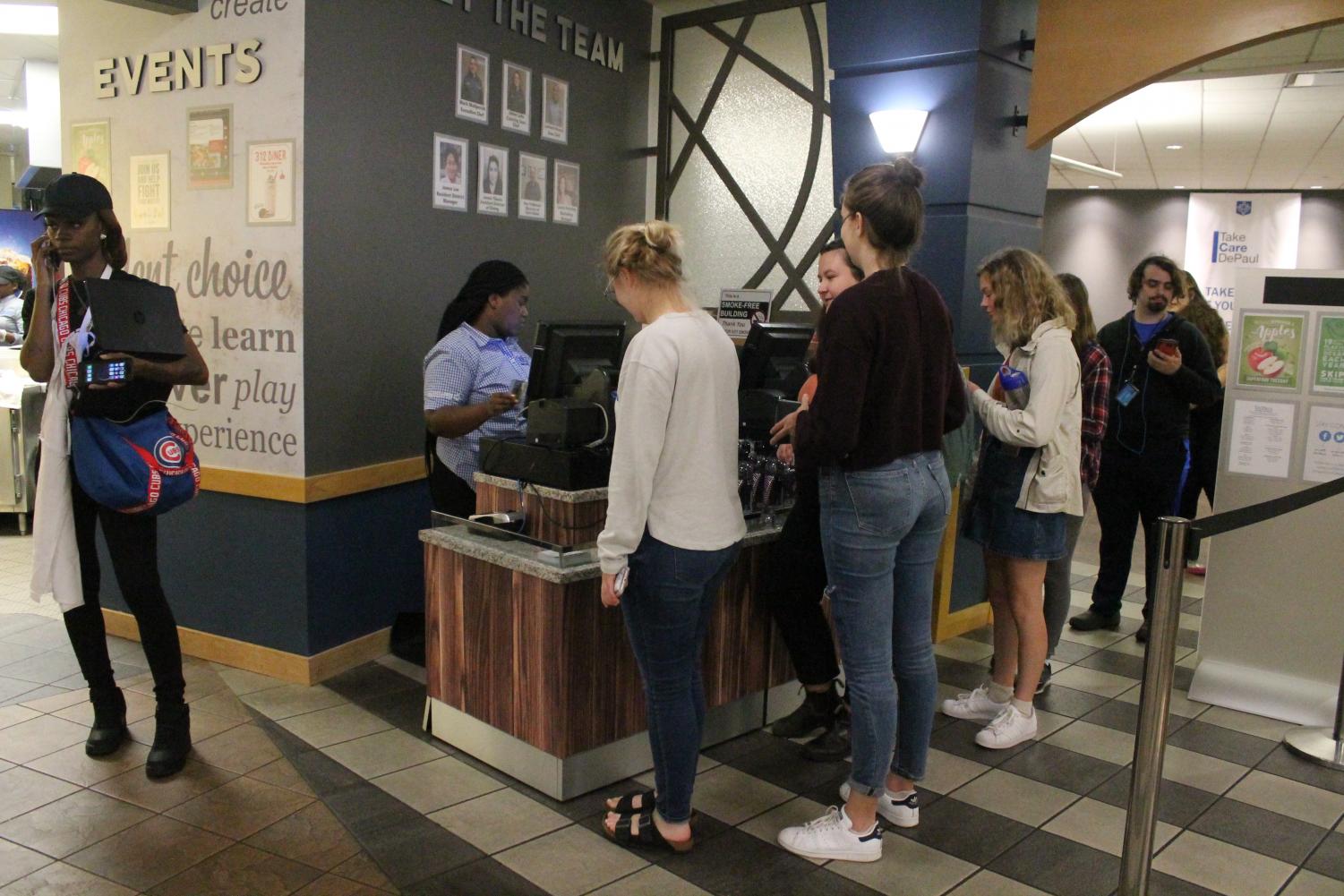 DePaul’s Dining Services has undergone a drastic transformation as part of larger updates for the school year, much to the chagrin of students.

The changes to Dining Services were approved and instituted by Chartwells, DePaul’s food provider in partnership with Facility Operations.

All of the updates to DePaul were detailed in an email from Facility Operations. The email states that research for the updates was conducted during the 2017-18 school year.

Students have described the changes as confusing and inconvenient.

“Honestly, I do not think DePaul students were given proper information regarding the changes,” DePaul junior Thomas Claxton said. “It is quite a big change, but everything that I read about it didn’t really give a great description of the changes.”

“Chartwells has worked closely with the Department of Housing and Student Services in creating this new dining program at DePaul and we are excited to introduce this to our students, faculty, staff and guests this year,” said James Lee, the resident district manager of Compass Group North America, which operates Chartwells.

The new meal plan also grants students with Flex dollars, which are available to be used at campus cafes or other student areas to eat outside of the main dining hall, according to DePaul’s website. Flex dollars may also be used during school breaks and any unused Flex dollars will be removed at the end of the academic year.

he end of the academic year. The changes to the meal plan have not been entirely well-received by DePaul students, with many criticizing the meal swipe initiative in DePaul Facebook groups.

“I am highly disappointed with DePaul’s new plan. As a student who relies on the meal plan to eat most days, I feel that my freedom of choice has been taken away,” DePaul junior Mackenzie Costanzo said. “I also feel that, if students are paying for these meal plans, they should be able to use them however they see fit.”

“The main issue isn’t the separation between swipes and Flex dollars, but rather the needless restrictions on what facilities [allow] swipes at what times,” Claxton said.

The negative student response regarding the meal plan has led Costanzo to create a petition against the new format, as well as filming interviews with students to discuss the changes.

Costanzo advertised both causes in the Official DePaul University Class of 2020 Facebook page, encouraging those who shared her feelings to contribute.

Costanzo will also be meeting with the Resident Director of Chartwells, the Director of Housing and Student Centers, and the Student Government Association to discuss her campaigns and the matter as a whole.

DePaul students have also taken issue with the rebranding of on-campus dining spots. Students have taken to mocking the newly named “Cluck” on DePaul meme Facebook pages, citing it as a less than satisfactory replacement for popular spot Ranch.

Despite the negative student response, the updated meal plan will remain for the school year.

“We always work closely with each College or University to develop plans that will best meet the needs of the students,” Lee said. “Each school is unique so programs do vary, but we always work in partnership to provide a quality dining program.”

“I feel that all too often changes are made without the thoughts of those affected being considered,” Costanzo said. “I’m not trying to make a mountain out of a molehill, I’m just trying to do what’s right.”