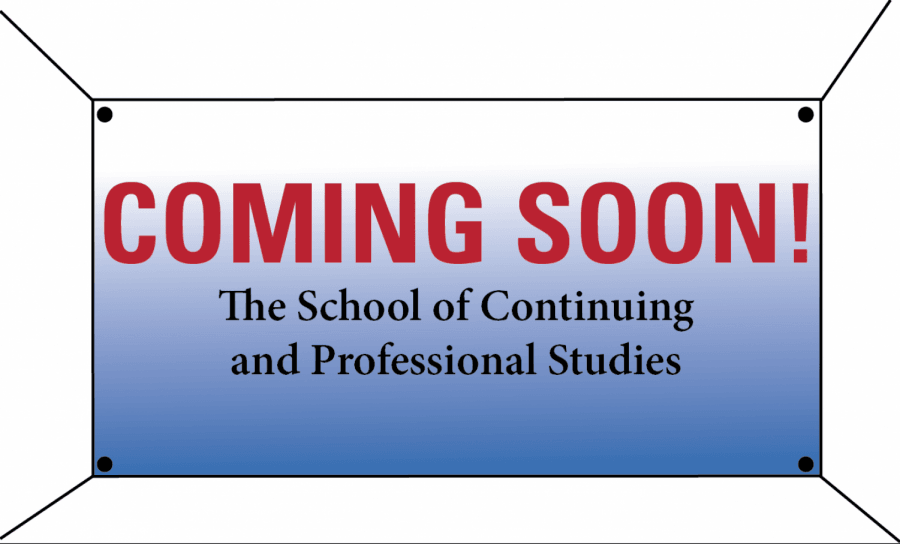 Tenured profs. to be offered buyouts ahead of SNL restructuring

The School of New Learning (SNL) will be facing reorganization in the next year, getting rid of many unique aspects of the school in favor of creating a new model for its adult learners.

In a post published on Sept. 7 by DePaul’s communications newsletter Newsline, Provost Marten denBoer said that SNL would undergo a “reorganization, renaming, and rebranding.” In the article, denBoer said that starting on July 1, 2019 the school will be renamed School of Continuing and Professional Studies (SCPS) and that a new faculty and staff model would be developed in order to provide more “flexibility” to the new SPCS model.

In order to create the new model, denBoer said the university would be offering voluntary buyouts to the tenured faculty members and retirement incentives to staff who were eligible.

The announcement of the buyouts comes just months after DePaul’s six- year plan said they would take steps toward expanding the number of tenured professors.

The announcement also comes after years of continuing changes to SNL. DePaul closed down its O’Hare satellite campus this summer, where SNL had taught a number of classes for years. A new interim dean, Don Opitz, began in July of this year, and enrollment numbers for new students decreased. According to their 2016 enrollment summary report, SNL’s total enrollment was only at 994 students, which is a 44 percent decrease from their enrollment numbers in 2013.

Faculty members have remained skeptical of the reasoning for the change in SNL’s current layout, especially as the college has received recognition across the country for its unique approach to adult learning through their competency-based program, which allowed for adult learners to earn their degrees by showing competency through coursework, independent studies and transfer courses.

Adjunct professor Rebecca Armstrong said she feels the rebranding and reorganization of SNL is a way for the administration to get rid of the department as a whole.

“The way to get around the rules is to first change titles, then demolish the department and finally go after the faculty salaries,” Armstrong said.

One staff member, who asked to stay anonymous, said that the school was not able to bring in as many new students, so the administration told them that keeping SNL running the way it had been was “too costly to continue” with enrollment numbers dropping 44 percent in only five years. According to the staff member, the administration decided to discontinue their unique competency-based program.

“[Ending the competency-based program] has effectively slammed the door on all those former students who were always welcome to return to the college and pick up where they left off,” the staff member said.

In the Newsline post, denBoer said that the school would be changing the competency-based program to instead adopt a “credit-hour based, market-responsive professional studies degrees and stackable credentials.” The idea behind stackable credentials is that a student could take courses and then later return and use those credits towards the next degree or certificate, which can be best applied to adult learners who are looking to further their education.

Part-time faculty member Hartwig Stein sees the new program as a way to get rid of the liberal arts-minded education that was prevalent in SNL classes, such as Stein’s own courses such as Leisure for Well Being, to instead move toward more of a business approach to teaching.

“When I joined [SNL], it was all about the students and making sure our students could obtain their degrees in a realistic way,” Stein said. “This new model, I fear, is just a business transaction. It no longer focuses on the students and their prior skills.”

At a Faculty Council meeting on Sept. 12, two faculty members asked both President A. Gabriel Esteban what would happen to the tenured professors who chose not to take the voluntary buyout, to which Esteban directed to denBoer, who said they did not have the answers as it would depend on how many faculty members chose to accept the buyout.

Many faculty and staff members spoke about the uncertainty they have for their jobs following the reorganization of the school.

“Now, it appears that some staff are being offered a high stakes gamble,” the staff member said. “Either take a pay out and leave the career you have devoted your life to or hang on and pray that that you won’t be cut in the new reorganization of the college. And for those not in a position to take a buyout, the message is clear. Find a new job now to spare the university the burden and inconvenience of having to let you go in June.”

For some who work in SNL, they do not see a bright future for either their jobs or for the school as a whole.

“[SNL] will close,” Stein said. “This is just the beginning of the end. I see the writing on the wall already, and this is just the administration’s way of pushing [SNL] out of way so they can continue to grow as a business, not a university.”