The end of the world as we know it?; Doomsday clock at 2 minutes to midnight 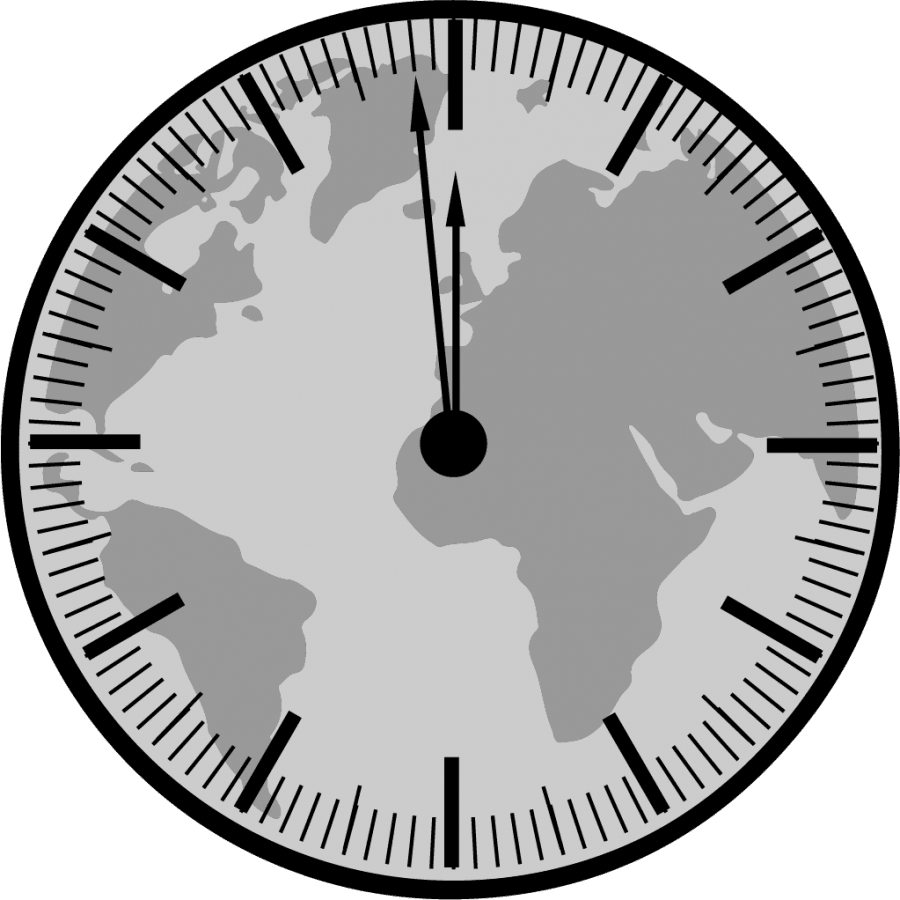 The Bulletin of the Atomic Scientists released their 2019 update to the Doomsday countdown late last month, revealing that there has been no change from last year, with the clock remaining at two minutes till midnight.

Former California Gov. Jerry Brown and executive chair of the Bulletin of the Atomic Scientists described the situation as “playing Russian roulette with humanity,” at the press conference accompanying the announcement in late January.

The Bulletin, which is made up of the Science and Security Board in consultation with the Board of Sponsors, which includes 14 Nobel Laureates, sets the clock each year based typically around climate change and nuclear war threats. The clock hands were farthest away from doomsday, or midnight, in 1991 at the end of the Cold War when they were 17 minutes away. Since then they have jumped around slowly, remaining in the twos and threes in the last couple of years.

Being so close to midnight might make it seem like citizens have no chance to reverse the damage humans have caused to the world. Sarah Richardson, a DePaul University professor who teaches about climate change, said she wavers “between worry and hope” when she think about the possibility of reversing climate change. “A lot of people all around the world are concerned and working on the problem,” she said. However, she also noted that many people still discredit evidence of climate change.

“Some of the consequences are far away, such as melting ice in Antarctica and others are happening over a long time, such as the increases in temperature in Illinois,” she added. In line with Richardson’s assertion, many Chicagoans think that climate change coincides with the weather; a recent University of Chicago survey found that 74 percent of Americans say extreme weather influenced their opinions about climate change.

It’s a sentiment expressed by high school student Van Smith, who said that although he believes in climate change there is “no way that it will affect any of us any time soon.”

While apathy may be common regarding the end of the world, others perceive a kind of “bystander effect” at play. “It’s like how when people experience a tragedy they say, ‘Dang, I never thought it would be me,’” suggested college sophomore Jesse French. “It’s the same for the apocalypse. We’ll read novels and watch movies about it, but no one actually thinks it’ll happen to us.”

Despite the dire predictions, the Bulletin of the Atomic Scientists signaled in a statement that annihilation can be averted — “if leaders seek change and citizens demand it.”

“It is two minutes to midnight, but there is no reason the Doomsday Clock cannot move away from catastrophe,” the statement reads. “It has done so in the past, because wise leaders acted — under pressure from informed and engaged citizens around the world.”