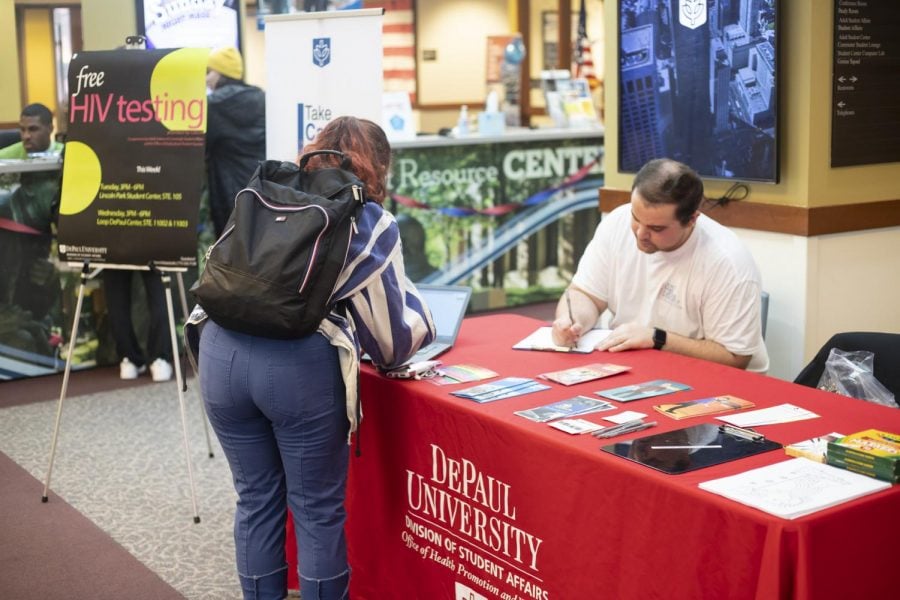 Students benefit from free HIV and STI tests on campus 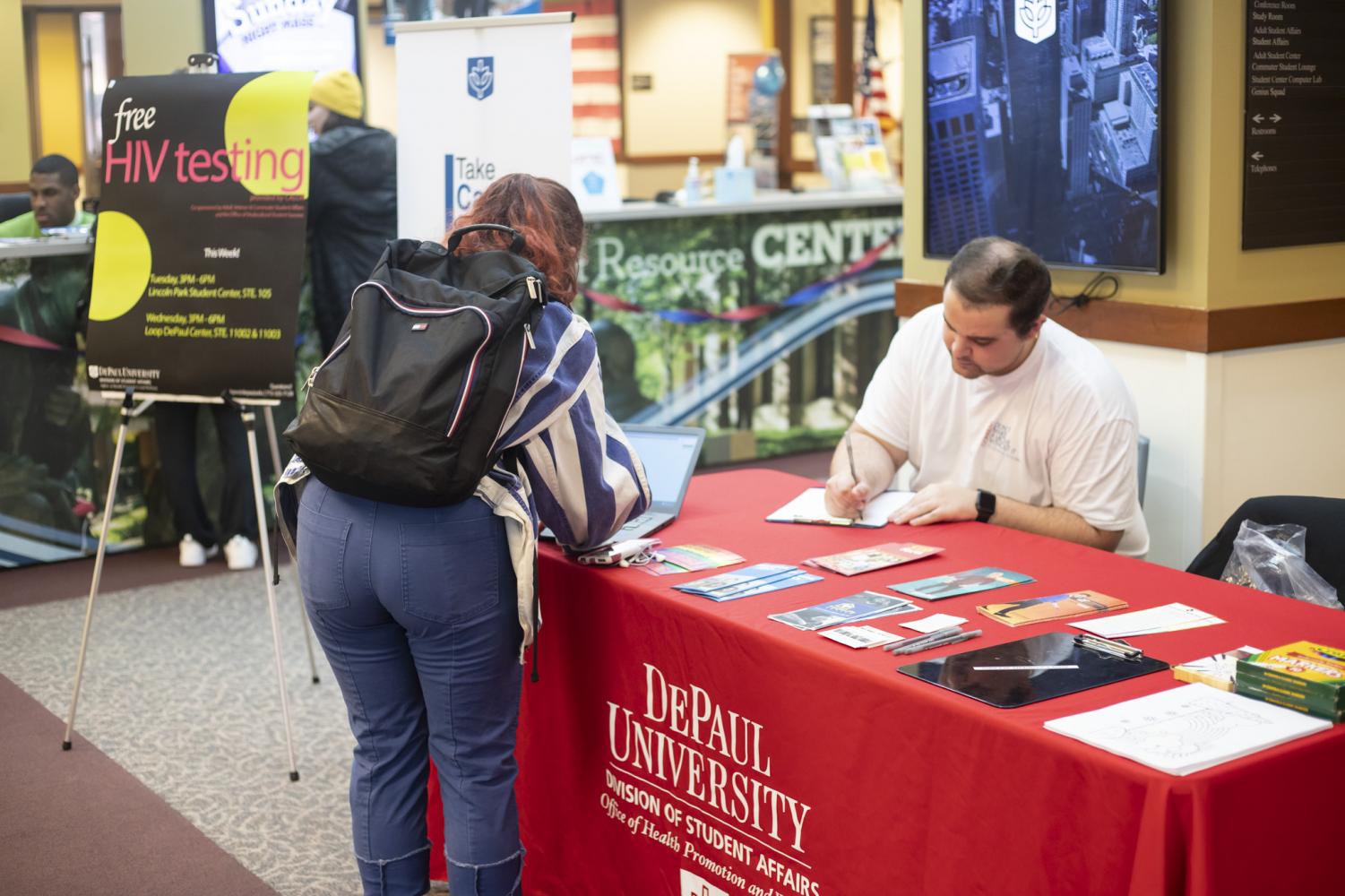 Students benefit from free HIV and STI tests on campus

Health Promotion and Wellness held a free HIV and STI testing for students last week in both the Lincoln Park and Loop campuses in an effort to promote sexual health.

Setting up shop in the different campuses on Feb. 5 and 6, volunteers from Lurie Children’s Hospital and HPW provided the tools to perform tests for both HIV and STIs in an effort to promote healthy sexual lives and get rid of the stigma behind getting tested for all kinds of sexually-transmitted diseases.

Promoting sexual health to other students is important to sophomore Claire Kaczanowski, a neuroscience major who works as a Peer Health Educator with HPW and SGA’s senator for College of Science and Health. After finding out that DePaul does not offer STI tests to their students, Kaczanowski decided it was time to find a way to provide students with an easy and affordable way to get tested.

“I realized that through these positions, I had a unique opportunity to utilize them to positively impact my community,” she said.

HPW and Kaczanowski brought the proposal to DePaul’s administration, who acknowledged the need for students to have easier access to the tests and gave the green light to continue. However, due to budgeting the university had to find a provider that would distribute the tests for free, as well as meet the holistic health approach to sexual education that DePaul promotes.

“I began searching for a provider at the beginning of this year, and in conjunction with HPW we were able to secure Lurie Children’s Hospital to provide testing,” Kaczanowski said.

HPW could not release the number of students who were able to get the free tests done last week, however they say there was an “extremely large turnout.”

More than half of U.S. teenagers have had sex before they turn 18, and teenagers can be susceptible to contracting STIs. According to the Centers for Disease Control and Prevention, one-quarter of the 12 million new cases of STDs throughout America occur among teenagers.

“One in two people will contract an STI before age 25, and Cook County is the second highest county in the nation for teens with STIs,” Kaczanowski said. “Clearly there is a need in the nation, and our community for testing, and sexual health is often overlooked as a valid part of physical health due to stigma even though it is just as important as other parts of your physical health.”

The need to get tested on a regular basis is key to keeping a healthy sex life, whether it is annually or after you have a new sexual partner. Many diseases can go without being detected by the person, so students can live with an STI and have absolutely no idea.

“It is so important to get tested for STIs because a lot of the time people are asymptomatic meaning their bodies show no symptoms of having an STI,” said sophomore ShelLynn Beasley, a member of Students for Reproductive Justice (SRJ). “If left untreated STIs can cause serious complications and you run the risk of spreading the STI to your sexual partners.”

SRJ works to promote healthy sex lives among DePaul’s students, which includes their controversial mission to pass out condoms to students despite the university’s strict regulations against it.

Many people may choose not to get tested due to the stigma around the idea of having a STI. Some believe that they cannot get a sexually-transmitted disease because it is seen as “dirty,” however anyone can contract any number of diseases and infections even if they practice safe sex.

“Getting tested is so stigmatized, but it is truly just part of taking care of your body and also being in control of your sexual health,” Beasley said.

Letting STIs go unchecked can lead to serious complications. Without knowing and treating the diseases and infections, people can continue to expose STIs to their sexual partners, creating more widespread issues.

Some diseases can lead to more serious issues, also. Syphilis is a common STI that can easily be cured in the early stages, but if left untreated the final stage can lead to damage to a person’s brain, nerves, eyes and heart.

Students who missed the testing on campus last week have plenty of affordable and free options around the city to get tested. Groups like Planned Parenthood, Center on Halsted and the Howard Brown Health have resources for testing and some specialize in programs that specifically cater to the LGBTQ+ community.

Kaczanowski said that the HIV and STI on-campus tests will hopefully move to being offered once a quarter through the partnership with Lurie’s Children Hospital to offer students more opportunities to be tested on a regular basis.

“I think there is a stigma surrounding sex in general in our country,” Kaczanowski said. “We have a rape culture and society that cultivates social norms and gender roles around sex that cause a lot of shame and stigma around sex which may cause people to be embarrassed to seek out testing. This is why normalizing conversations about sex, providing free testing, and supporting each other in our looking out for our health is so imperative to a safe community.”