ALL IMAGES COURTESY OF WARRICK PAGE/HBO 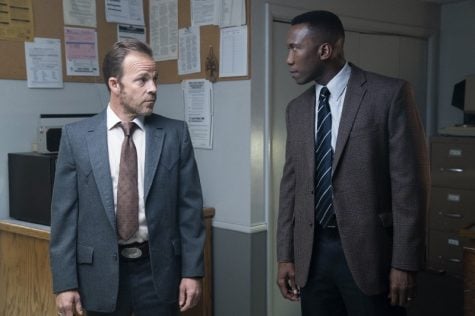 “True Detective” was born of the tried and tired noir detective formula: There is a terrible crime that was never solved. A strong-but-silent detective can’t let it go – he has to know who did it.

But he starts drinking. His wife and children begin to resent him because he grows distant. The case file just sits, collecting dust in an evidence locker.

He realizes that in order to confront his demons, he must solve the case and bring them to justice. His primary motivation is to escape the loneliness of his pain.

“True Detective” creator Nic Pizzolatto takes that formulaic character and creates a world populated by nothing but pain, so that the detective encounters around every single corner. There is no joy, not a single character written in for optimistic relief; I can’t remember seeing a single character smile in any of season three’s first six episodes. 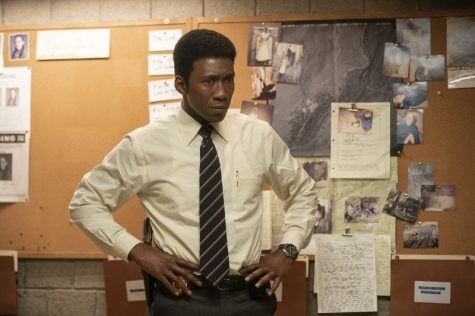 Mahershala Ali is at his all-time best when he assumes the role of the tortured state police detective. His character, Wayne Hays, was a reconnaissance officer in Vietnam. Or as his partner Roland West (played by Stephen Dorff) put it in one scene where they are trying to intimidate a suspect, “They’d send my man over here, out into the jungle alone. And he’d come back with scalps.”

The show surrounds the disappearance of two children – a brother and sister – in the Arkansas Ozarks. Their father, an abject machinist in an unhappy marriage, allows them to go to the park together as long as they’re home by dark. But they never come home.

The rest of the season follows Wayne and Roland’s investigation into what happens. The investigation takes dark and sinister twists as it spirals downward, farther and farther into absolute darkness. 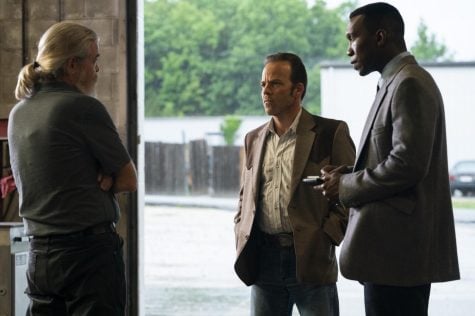 The incredible world “True Detective” is able to construct is possibly its biggest achievement. The world is desolate and destitute, all of its inhabitants bitter and resigned.

The characters all radiate darkness. All of them are a product of this wanting world, like a man the locals call The Trashman. The Trashman is an eerie Native American man who bumbles around town in a go-kart with a trailer attached to it, piled high with scrap. He never goes faster than walking speed, his little two-stroke engine humming monotone.

Another is Johnny Boyle, a teenage bully with long blonde hair who drives around with his friends stuffed into a little purple Volkswagen Beetle. He was at the park when the children disappeared, lighting off firecrackers and drinking beer. Wayne and Roland question him with a verbal brutality he’s used to dishing out rather than taking, and when he finally starts talking, he unravels a story much more sinister.

The show has this way of making the viewer think everything is important; the way the score intensifies when they catch the glance of a stranger in a diner or interview someone who might know something. Every suspect interview is misdirection. Everyone looks like they’re hiding something and as a result, it is impossible to have so much as a hunch about who actually did it. 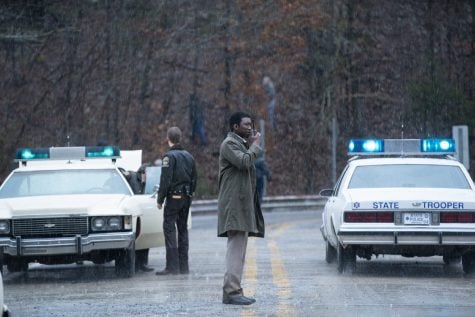 The story is told on three different timelines: The first takes place in 1980, when the crime was committed. The second takes place 10 years later when, after the case went unsolved, it is reopened by the state police. The third takes place in the present, where Wayne is suffering from Alzheimer’s and is being interviewed by a documentary crew making a film about the case, which is still unsolved.

He still obsesses over the case, even though the details of it become ever more fleeting. He has no family left. His wife is dead and his son acts as more of a supervisor than a loved one, telling his dad that if he won’t stop wandering outside, getting lost on a mission he has forgotten, then he’ll have to put him in a home.

It is the perfect noir.