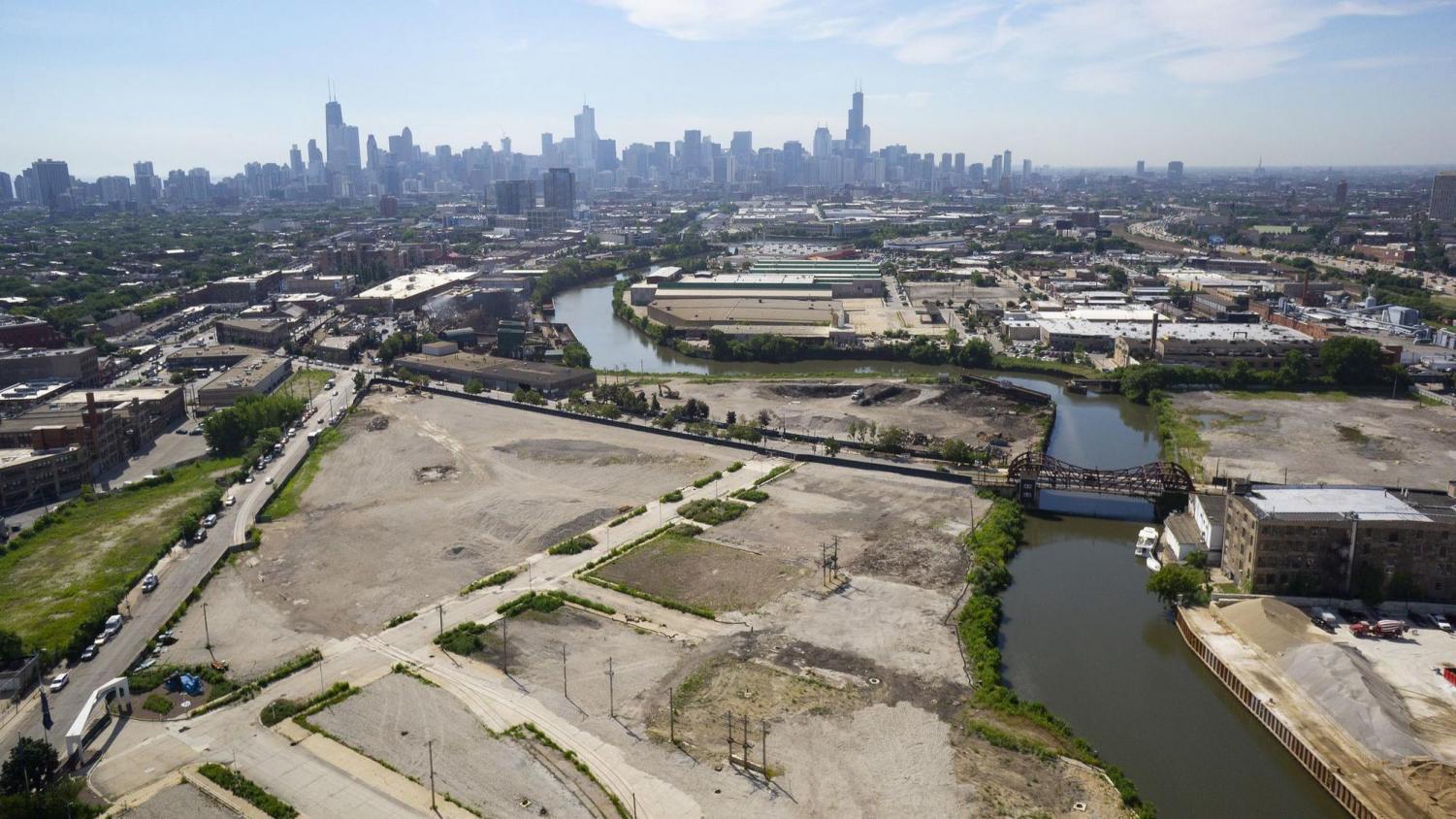 The Lincoln Yards site currently stands completed grounded and paved, awaiting Sterling Bay’s development to begin. The people behind the site promise that the community will benefit from increased tourism and opportunities for store owners, but those assurances are not logical when put into perspective. (Photo Courtesy of Chris Walker and Peter Tsai | Chicago Tribune)

The Lincoln Yards site currently stands completed grounded and paved, awaiting Sterling Bay’s development to begin. The people behind the site promise that the community will benefit from increased tourism and opportunities for store owners, but those assurances are not logical when put into perspective.

Lincoln Yards is not the legacy Emanuel should aspire for

The 2017 Hulu documentary “Too Funny to Fail” tackles “The Dana Carvey Show” and its short run on ABC during 1996. When it was greenlit, its success seemed undeniable to both ABC and fans. But with a pinch of political interference and a dash of deadline, the show burnt to a crisp before you could take it out of the oven. ABC pulled it after premiering seven of its 10 episodes.

The Lincoln Yards mega-development couldn’t be any more different than this mega-flop — or could it?

“The idea that anything could go wrong with this show made no sense to us,” Stephen Colbert said in the documentary. “Look at all these talented people … look at our star …”

For Lincoln Yards, the star is Mayor Rahm Emanuel. His decision to not seek re-election shocked some Chicagoans, and others pondered what his legacy would be once he leaves office. How should we view a mayor who closed multiple Chicago public schools, citing student success rates will rise when the influx of students left teachers unprepared (and underpaid) and caused success rates to decline, whose key argument for the city’s financial woes is that they were given to him by his predecessors, who withheld the dash-cam footage of Laquan McDonald’s murder for over a year?

“There’s certainly a lot of speculation that the Emanuel administration is rushing this through because the mayor and his planning commissioner David Reifman consider it a legacy for Mayor Emanuel, but the question is whether that is steamrolling the process of good planning, and in my view, it certainly is,” said Blair Kamin, architecture critic for the Chicago Tribune.

Emanuel hopes to erase his poor tenure with the Lincoln Yards mega-development by bringing it into fruition with part of its funding coming from taxpayers in the form of the controversial “tax incremental financing,” or TIF. These public funds are intended to be used to uplift “blighted” neighborhoods and their infrastructure, redevelopment or business revenue. How does one begin to define a “blighted” neighborhood?

Emanuel’s answer to the question is quick and to the point: the site, which lies in the abandoned Finkl Steel mill, is currently obsolete. The official TIF proposal mandates that an area must exhibit five of the 13 categories that determine if it is blighted or not. Lincoln Yards has the “meaningful presence and reasonable distribution” of five of these factors: obsolescence, deterioration, excessive land coverage, inadequate utilities and declining or lagging equalized assessed value. It is convenient that the area fits the exact requirement.

A little too convenient.

“So I think that in all the dollars you would talk about on TIF would go towards transportation, infrastructure and improvements in the parks and other areas that get general benefit that don’t go to the developer, they go to the overall area,” Emanuel said while talking with Carol Marin for DePaul’s Center for Journalism Excellence and Integrity.

But infrastructure isn’t the only thing that the TIF money is used for. In the document, the estimated cost for “public works and improvements, including streets and utilities, parks and open space, public facilities (schools and other public facilities)” is $800 million. But the requested TIF money is $900 million, so where will the other $100 million go? The document says that it will go in plenty of other directions, including analysis, administration, rehabilitation of existing buildings, job training and interest, among others.

The TIF proposal will be voted on Feb. 19, but the development’s issues will not end when it is approved or denied. The people behind the project have made the decision to speed up the process in an incredibly fast-paced manner, leaving many to criticize their intentions. The developer Sterling Bay released the final version of its plan on Jan. 19, and the Planning Commission approved of it just five days later, barely giving the community a window to discuss and criticize. Emanuel pleads with us that the community will benefit from this mini-downtown by increasing tourists and rental opportunities for store owners. The TIF proposal even states that one of its main objectives is to “provide opportunities for women-owned, minority-owned and local businesses and local residents in the redevelopment of the Project Area.” But this kind of rhetoric — the kind that attempts to reflect progressivism — shouldn’t convince you that opportunities for store owners, especially marginalized ones, will arise.

“As alderman, I would have opposed the Lincoln Yards development from the beginning and would not have moved forward without the express consent of the community,” said Leslie Fox, candidate for Alderman of the 43rd Ward, just east of Lincoln Yards. “I will initiate a complete moratorium on TIF’s until there is full transparency and accountability for a program that was originated to invest in blighted areas and is now being used to support developers that support elected officials’ campaigns.”

If the community isn’t satisfied, Lincoln Yards will fail even with its extensive, professional and heavy-hitting team. Currently, there is hardly evidence of community acceptance. The Hideout, a staple in the city’s music and comedy scene that sits dangerously close to the site, is scared for its life. The proposed CTA shuttle service leading directly to the site will lead local businesses directly to a sales plummet. But if the community, not just Lincoln Park, but anyone who wants proof of benefits for the surrounding area, wants to see it fail, it will. It begins with discussing the project’s intentions — is it a beneficial business hub or a legacy project for a selfish mayor? Before the community accepts Lincoln Yards, we have to see some evidence of community acceptance. Without this, the project is sure to go down in history as another mega-flop, akin to Chicago’s parking meter deal, and even Dana Carvey.