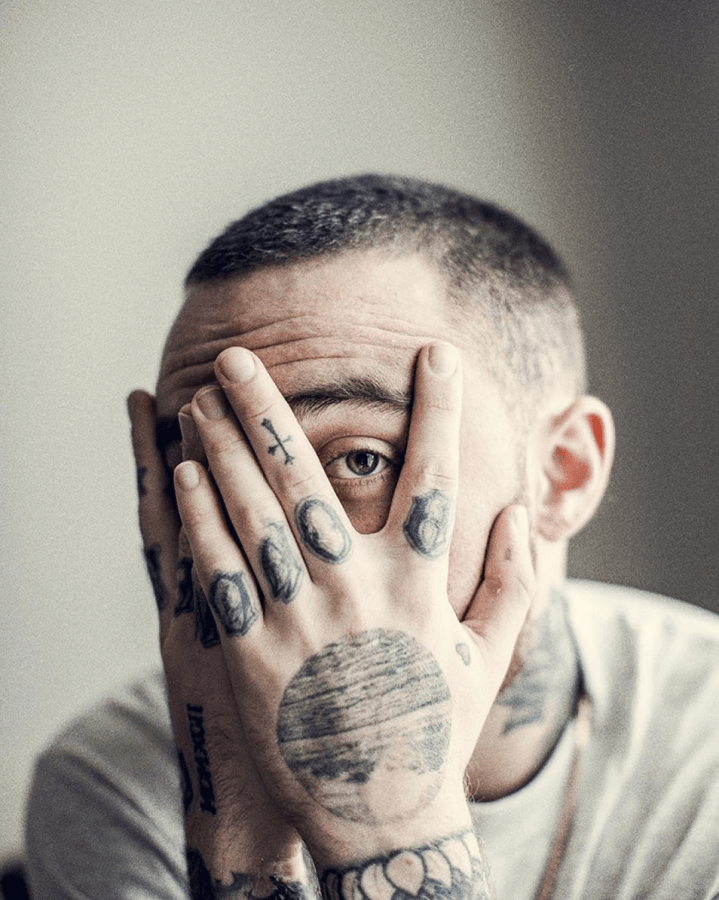 A woman with reddish-brown hair in a masterfully tailored black pantsuit sits amongst strangers. The faces that surround her are some of the most recognizable in the world but hers stands apart. It hasn’t graced any album covers or commanded a stadium of fans from the stage. Rather, she has largely watched from afar as the brilliance of the music industry unfolds around her. Karen Meyer watched as her son rose to unimaginable heights from his humble beginnings in Pittsburgh until his untimely fall to addiction in September 2018. Malcolm “Mac Miller” McCormick was supposed to sit amongst his peers at the ceremony in the Staples Center on Feb. 10. Instead, Meyer attended in his honor: a mother fulfilling a dream her son never can. A mother who would much rather be celebrating than mourning. A mother who wishes she didn’t have to be there at all.

Following the star’s sudden death, there was an outpouring of grief in all avenues of the entertainment industry. Exactly a month to the day of his death, Miller’s final album “Swimming” was nominated for Best Rap Album, marking what would remain the first and last nomination for the artist. Shortly thereafter, Millers parents announced that amidst their heartbreak, they would attend in his place and accept his award should he win.

The twist comes when reports emerged that the Recording Academy offered to cover their expenses and fly them out to the ceremony. What seems like a generally good-natured sentiment turned sour the second the Rap Album award was given. Cardi B. earned a well-deserved award for her debut album “Invasion of Privacy,” which was a solid contender in the already crowded category. The real problem lies underneath the surface.

Sure, the competition was tight and it is very plausible that “Swimming” was not determined to be this year’s best rap album. That’s all well and good. Presumably, Meyer would have been in the crowd all the same.The true cruelty comes with the fact that the Recording Academy extended this offer only after Miller’s parents announced their plans to attend. In what looks like an increasingly egregious ploy for publicity, they jumped on the opportunity to intertwine the ceremony with Miller in some way, who had been dominating the news for months.

It has become clear that the Recording Academy offered an opportunity that they knew never existed. Karen Meyer would never stand on that stage with a photo of her son gracing the screen behind her. She would never be able to hold a bittersweet celebration for her son’s final creation amongst his professional counterparts. Instead, the Recording Academy offered to treat a grieving mother to a once in a lifetime event that would never come. And all along they knew. They knew who was to win, they knew it wasn’t Miller.