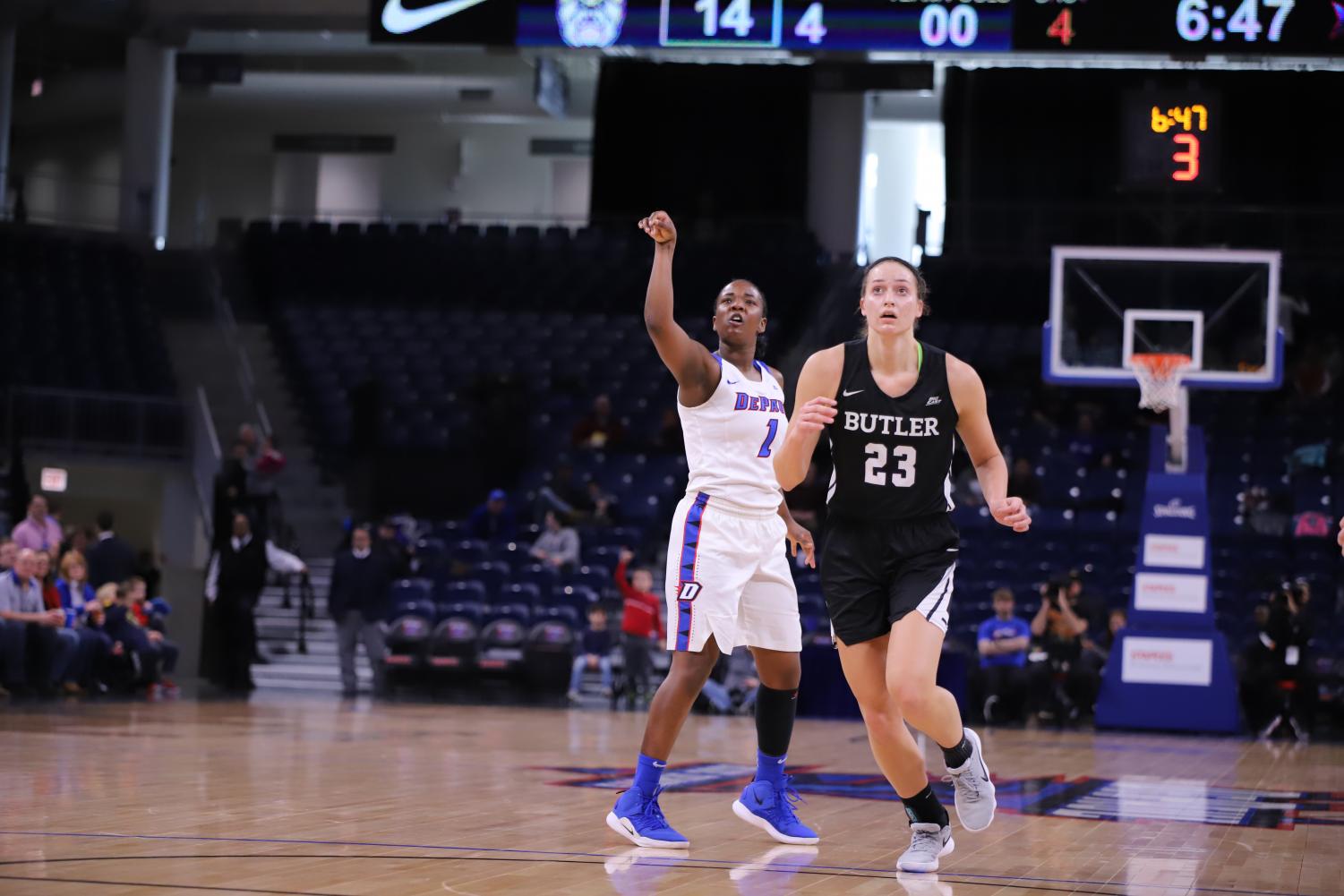 With second place on the line, DePaul (20-7; 11-4 Big East) were able to put aside the emotion of Senior Day and take down a tough Butler team at Wintrust Arena 76-62. The win clinches DePaul the No. 2 seed for the Big East tournament.

Seniors Rebekah Dahlman, Mart’e Grays, Tanita Allen and Ashton Millender were all honored after the game for their time at DePaul. After the game, DePaul played a video of each player on the jumbotron and having their parents and close family members on the floor with them sharing this special moment with their family’s.

“What I felt when I walked onto the court was like it was a regular game,” Grays said after the game. “Of course it was Senior [Day], but at the same time we have to get the job done.”

With this being the last home game before the Big East tournament, DePaul head coach Doug Bruno gave all four of his seniors the start. Milledner and Grays have been starting all season long, but Allen and Dahlman, who haven’t been constant starters this season, got to start the game.

“I don’t think starting was on my mind, I’ve been here for a while so it was just good to finally be back to be playing with my team again,” Allen said. “This week was the first two games that I actually got going, so I just didn’t think about starting the game I want to execute and do what I can do.”

Nonetheless, the four seniors and the rest of the DePaul squad had to take care of business before all the festivities could take place.

And that’s what they did.

The Blue Demons knew they were going to have a challenging game on their hands with Butler because on Friday the Bulldogs went into Marquette and took down the No. 11 ranked Golden Eagles 60-57, handing them their second conference loss of the season.

DePaul came in ready to go toe-to-toe with Butler and came out in the first half dominating on both ends of the court. On offense the Blue Demons were able to create easy scoring opportunities for themselves because of their full-court press and trap defense being really effective.

“Just talking in transition and sprinting back on defense,” Millender said on DePaul’s full-court press.

Butler, came into this game allowing only 56.5 points per game in the Big East – the best in the conference – but DePaul were able to play around that and still score 39 points in the first half and 76 points in the game. Millender and Allen led DePaul in that first half with 17 combined points on 8-for-14 shooting.

“Last week we played St. John’s –  who beat Marquette – and this week we played Butler – who just beat Marquette,” Bruno said. “So, it’s really trying to get your team focused on what we want to achieve and not what the opponent wants to achieve. Butler was playing for second place today, if they beat us they had a real legitimate shot to finish in that second seed. With Marquette losing I totally changed the direction with our players, we aren’t playing for second for anymore we are playing for first.”

Defensively, DePaul did a fantastic job of getting right up on Butler players and not allowing them to have any time or space on the ball, forcing five turnovers and limiting them to only 23 points in the first 20 minutes. The Bulldogs only shot 7-for-24 from the field and 1-for-7 from behind the arc.

With DePaul looking like they were going to run away with the game after the first half, the Bulldogs responded in the third quarter with their most impressive quarter of the game. Butler, only allowed DePaul to score 12 points in the third while scoring 21 points themselves.

However, DePaul and their seniors were able to restore order in the final 10 minutes by keeping Butler at bay. The closest the Bulldogs got in the fourth quarter was six points.

Even though this was a special game for a couple of players, Grays only scored four points in the game, Dahlman only had two points, other players for DePaul had to step up with the normal leaders struggling. The bench for the Blue Demons really helped against Butler, they scored 34 points while Butler were only able to get 10 points out of their bench.

“I just think that this team has really good players, any night anyone can step up and play,” Bruno said. “I just think everyone is going have to be ready to play every single night. You have to understand what group is playing best for us, I think tonight was a classic example of me figuring out … the right combination.”

DePaul have now won six straight games and beat Xavier on Friday at Wintrust before taking down Butler on Sunday. The Blue Demons only have two games left against Providence and Creighton on the road next week before the Big East tournament. 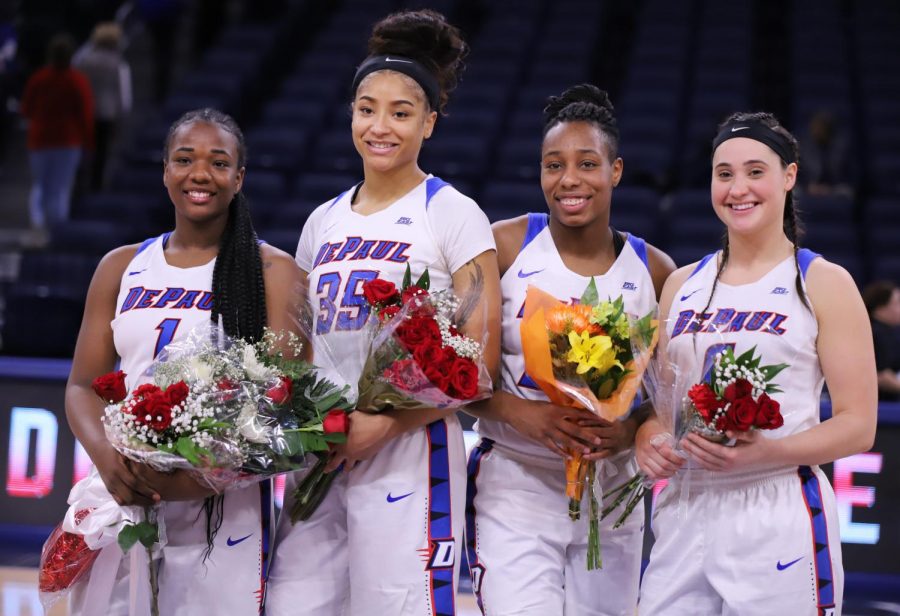