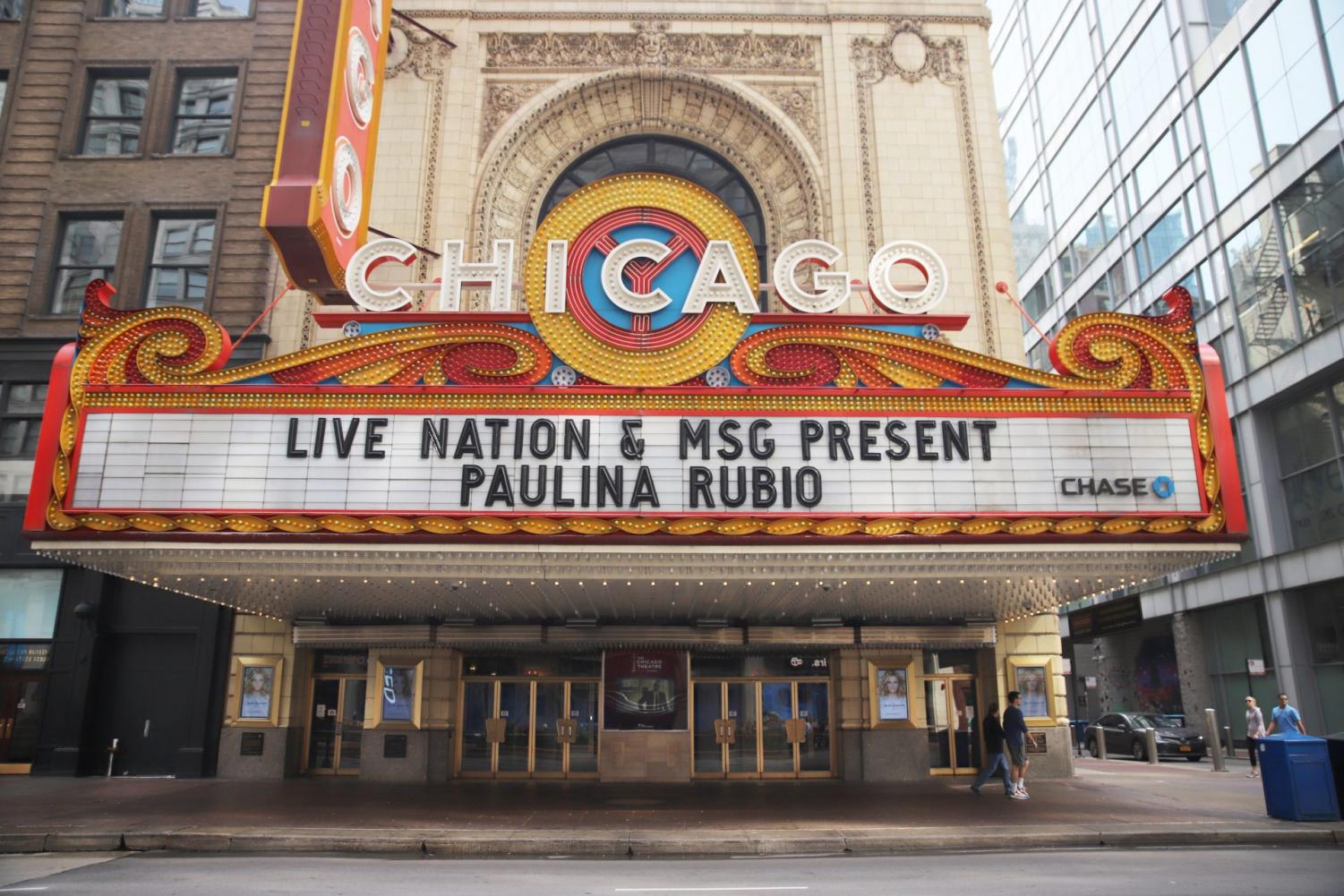 The Chicago Theatre, which is sometimes called the “Wonder Theatre of the World,” has hosted some of the world’s greatest performers, from Duke Ellington to Robin Williams. (Xavier Ortega / The DePaulia)

The Chicago Theatre, which is sometimes called the “Wonder Theatre of the World,” has hosted some of the world’s greatest performers, from Duke Ellington to Robin Williams.

Being a new student at a new school — and possibly living in a new city — may be intimidating, but both Chicago and DePaul’s arts scenes offer a warm welcome.

For many, the start of a new school year can mean lots of stress. But when living in a city as exciting as Chicago, you’ll soon learn there’s more to be excited about than stressed. As you settle into the school year, here’s what you should know about the arts scene at DePaul and in Chicago.

Museum madness, in and around campus

A perk of having a campus in such a vibrant city like Chicago is that a plethora of events are constantly happening. The art community, specifically, is almost always buzzing with new exhibits and presentations.

If you want to cross visiting an art museum off your bucket list, you can easily go to DePaul’s Art Museum (DPAM), which is located right next to the Fullerton CTA station. The museum is “mainly focused on contemporary art, and supports the university’s commitment to social justice,” said Mia Lopez, DPAM’s assistant curator.

She added that the city of Chicago “has incredible museums, many of which are free or discounted for students.”

Chicago’s neighborhoods are full of many other museums from which to choose. In Pilsen, the Chicago Arts District can be found, where gallery walks are done every second Friday of every month.

Given Chicago’s diversity, you can also find museums focusing on a specific culture, such as the National Museum of Puerto Rican Arts and Culture in Humboldt Park. It is one of the only museums in the nation dedicated to Puerto Rico’s history.

Over in the West Town neighborhood, you can find the Ukrainian Institute of Modern Art. Showcasing Ukrainian and Amerian expression. Their schedule includes a list of exhibitions, musical and literary events, film and gallery talks.

If going to a museum (which I highly recommend you do) doesn’t seem appealing, take a stroll downtown toward the Loop, where a bunch of free art can be seen on every corner. Or, head to the Art Institute, where DePaul students have free admission.

Just because you’re not a music major doesn’t mean you can’t play music on campus. If you enjoy music there are plenty of groups that you can join, including ensembles.

“If you want to play, they are open to all majors,” said Robert Obrochta, a music education major. “Although, it’s very competitive, so it depends on your skill level.”

Monika Cachro, a vocal performance major at DePaul, said a new opera club will also allow students to participate in a competitive major in a non-competitive setting.

There are even music classes that students can take without having any musical background, like “The Beatles and the Creative Process.”

The class is the longest-running class about the Beatles in the whole nation, Obrochta said.

Music isn’t the only art on campus, but this concept applies to all arts on campus. There are opportunities to take part without having to major in that art in nearly every discipline. For people interested in photography, a class called “Digital Still Photography for Non-Majors” can be a good option.

The city of Chicago is a mini melting pot and that diversity stretches into the arts community. There is a collective effort to uplift minorities within the community expanding into different neighborhoods.

The African American Arts Alliance brings awareness, interaction and communication of African American arts organizations and artists within Chicago. Starting in 1997, they’ve expanded their scope to include diverse groups in theater, dance, music, literature and film.

The Art Institute of Chicago and DPAM also have many exhibits dedicated to different minorities.

DPAM “aims to expand the art historical canon by highlighting work by people of color, and LGBTQ+ artists,” Lopez said.

There are plenty of societies, too, which cater to minorities, like the Chicago Artists Coalition, helping bring a place for anyone and everyone in the arts community.

Chicago has been producing top-tier comedians for years now, many landing roles in blockbuster movies, critically acclaimed tv shows and even improv shows at DePaul.

DePaul has a comedy group, “DePaul improv and Sketch Comedy,” who are having improv auditions Sept. 27-29 in the Schmitt Academic Center. Some stellar talent has come out of there.

Lauren Lapkus, who has been in “Orange Is The New Black” and “Jurassic World,” began doing improv at DePaul back in 2006. Lapkus is starting a new show on Netflix’s “The Characters” in the coming months.

Outside of DePaul, the Second City is one of the most famous comedy outputs Chicago has to offer, bringing Saturday Night Live amazing comedians such as Cecily Strong and Aidy Bryant. And, for those who are obsessed with “Silicon Valley,” both Thomas Middleditch and TJ Miller came to Chicago to study improv — and look where they are now.

Chicago is also home to venues full of different types of entertainment, including small and large concerts, jazz, orchestra and parades.

If you’re interested in outdoor-centric events, check out Tinley Park. It is a great place for parades, expos and markets. There are different markets happening throughout the year, including a holiday market for every season. Coming up is “Boo Bash,” which will have magic shows, dance lessons and, of course, food. During winter, a “Holiday Market” will transport you straight to the North Pole.

For those looking for jaw-dropping performances of a different means, head over to Symphony Center, where the Chicago Symphony Orchestra, one of the greatest orchestras in the world, performs hundreds of concerts each year. This award-winning group will stun anyone who attends. This year, their primary focus is on the music of Beethoven in commemoration of the 250th anniversary of his death.