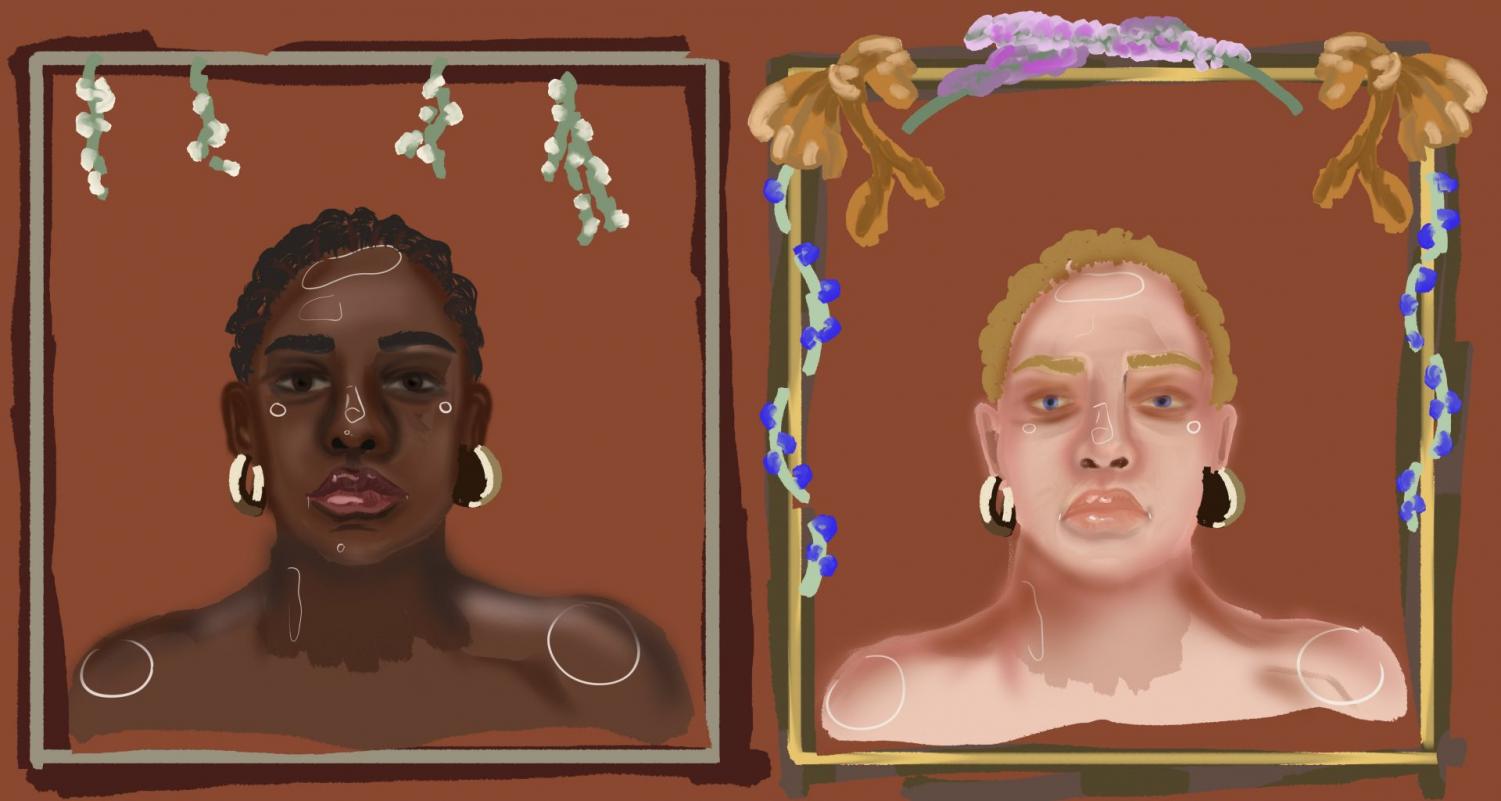 When Dr. Lisa Calvente sent a mass email to students informing them she’d be leaving DePaul after being denied tenure from the College of Communication — which she claimed was on the basis of discrimination, racism and sexism — social media erupted with conversations surrounding the university’s attitudes towards students and faculty of color.

Just days after the troubling announcement, students and alumni formed a Coalition for Racial Justice to help Calvente achieve tenure and change the culture towards students and faculty of color within the university.

But some DePaul students say this isn’t a standalone problem.

Junior Surdeep Singh Chauhan said students of color within the College of Communication are often used as “marketing tools.” 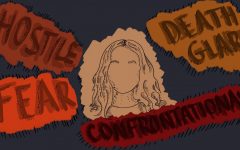 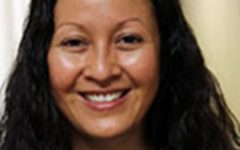 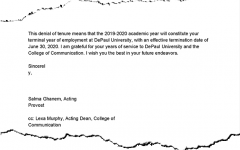 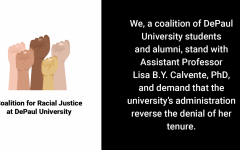 Alexandra Murphy,  acting dean of the College of Communication, said in an emailed statement that she is “committed to listening and responding to concerns raised by students.”

“I care deeply that the college provides an inclusive and welcoming space for students to learn,” Murphy said. “I had not been made aware of students of color reporting that they felt tokenized or less valued. This is something we will absolutely want to learn more about and address.”

Abigail Escatel, a member of the coalition formed after Calvente’s tenure dismissal, was a graduate student in the College of Communication’s multicultural communication track before graduating in 2017.

“There is no accountability in the College of Communication,” Escatel said. “Oftentimes, what has been very blatant that these professors know of the aggressions that they have done because they do it in front of each other. Right and collective. And then they look the other way. If they, if at all, think that that’s wrong, they still look the other way.”

She recalled one instance in Dustin Goltz’s spring 2017 Communicating Identity graduate seminar in which students were placed in small groups and asked to “embody” different races. She said two students resisted participation in the exercise and Goltz became “defensive.”

“Just because he has a Ph.D. does not mean he’s an expert in race, or racial studies or Black diaspora,” Escatel said.

Goltz told the DePaulia that the course utilizes “performance pedagogy” and “anti-racist pedagogy” to explore individual and group identities in various contexts. The activity — which Goltz referred to as the “Stuart Hall Activity”  — was based on four scholarly readings prior to the presentations.

Still, Goltz said he remembered a student expressing concern about the activity.

“While no other student expressed any concerns to me about the activity itself, we all shared a collective concern that one of our class members was uncomfortable,” Goltz said. “Beyond these one on one processing check-ins, I also set aside class time over the next two weeks to revisit the activity, unpacking our differing insights and reactions, and doing the ongoing work of interrogating each of our privileges as we come into these discussions.”

“It changed — it shifted the culture of the class,” Escatel said. “And it was very clear to me that people were not saying that the conversation wasn’t the same. People were more quiet. Like it made that space unsafe.”

Murphy, who was not acting dean at the time of the incident, described the process by which complaints against faculty members are dealt with in phone call with the DePaulia, using her former role as associate dean as a framework

“If there is a racist or sexist allegation that’s involved, then [the process] escalates,” she said. “And so the students also have the option—and I advise them of other options — of going through OIDE (Office of Institutional Diversity and Equity) where they can lodge a formal complaint to them as well. And then an investigation gets launched…And so if a complaint were to come forward, then that’s basically the process, is that we would move it toward an investigation and then that would be handled by people who are experts in the field.”

Murphy stated that throughout her tenure as acting dean, she has not had to deal with any such complaints.

When asked how the College of Communication is working towards more meaningful diversity and inclusion, Murphy mentioned that the school is prioritizing listening to student concerns.

“Most recently, last quarter, we had two dedicated listening sessions in which we heard about student’s concerns related to having more focus on race, ethnicity and inequity in the coursework and more diverse instructors,” she said in an email. “We also had two focus groups in April and one in May with journalism and public relations and advertising students (as part of their Spring classes). We asked what the college could do to make them feel more heard and included…In these discussions, they expressed feeling a strong sense of belonging in the college, but wanting more flexibility and support for internships and career development (among other things). We are working on extending our support and better informing students about the resources available to them.”

According to some students, racist incidents are not exclusive to the College of Communication.

“In fact, this is a popular opinion amongst us students,” Williams said. “Consequently, DePaul University is going to lose their call for diversity if they do not do a better job at supporting and representing the multitude of cultures that are represented by the present student body, especially students of color.”

Allison Ugoala, who graduated in 2019, took Food and Culture in Chicago as a freshman. Despite describing the student makeup of the class as “very diverse,” she took issue with comments made by the course’s profesor, Catherine Zurybida.

“[Zurybida] was asking [the class] what they eat for the holidays. And so one student, [who] was Black, she mentioned that she eats soul food, and she told them what soul food was. And Catherine said ‘that’s what poor Blacks eat, and poor whites,’” Ugoala said.

“Everyone in the class, me and a couple other girls specifically, we were looking at each other in disbelief,” she said. “And, granted, none of us knew each other. It was just shocking that she would say that.”

According to Ugoala, this wasn’t the only time Zurybida allegedly made racist comments.

“There was one instance where we were talking about Japanese food. We had one student there, I’m not sure of his background, [but] I guess she assumed that he spoke of the language, so she called on him… she asked him if he could pronounce some of these words and he said ‘I was born in Australia, I don’t speak the language.’”

Not wanting to have her feelings of discomfort go unaddressed, Ugoala attempted to make Zurybida aware of the harm caused by her statements.

“There was one time I went after class, and every comment that I thought was very ignorant or racist, I would say ‘I felt uncomfortable in class,’” Ugoala said. “And she said ‘Oh no, I apologize that’s not what I meant. I’m from a prairie state, and you know, the things that I said, I didn’t mean to offend anyone… I just was talking.’ And I told her ‘I understand that’s your background, but that should not be an excuse, considering that you’re leading this class.’”

“I have not taught my Explore Chicago class for more than four years—Fall of 2015 was the last time I believe,” she said in an email. “It was not a class in the College of Communication, it was part of the First Year Programs. Perhaps you are thinking of a similar topic taught in that college.”

Ugoala took her concerns to both Coordinator of the Office of Multicultural Student Success Andrea Bangura and Dean of Students Ellen Fingado.

Bangura — now the dean of students at Triton College — said she did not recall a formal bias complaint against Zurybida.

“I recognize my memory of events, or lack thereof, does not and should not diminish a student’s experiences or concerns regarding any sort of bias incident anywhere on campus, including the classroom,” Bangura said in an email with The DePaulia.

“I always tried to listen and provide guidance to students,” she said. “Depending on the situation and a student’s comfort level, that may have involved them speaking to a faculty member, chairperson, Dean, or working through the University’s official bias incident reporting process. Other than providing guidance to a student about their options, staff in OMSS would not have had oversight of any grievance process for a student. I did advocate for students and assist them in navigating whatever process they chose to pursue.”

Williams said students want an apology from the administration.