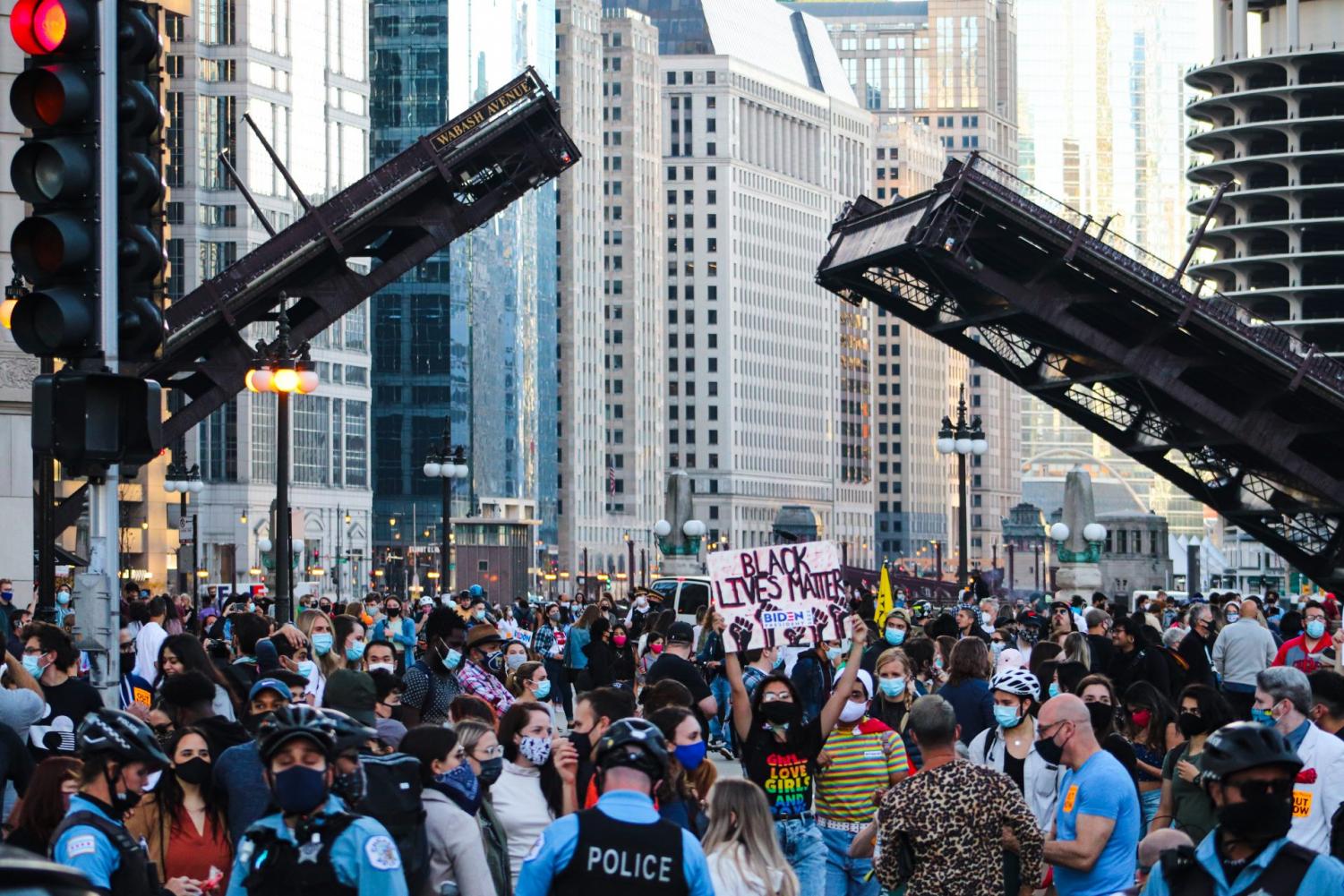 CHICAGO — On Saturday, crowds gathered outside of the Trump International Hotel and  Tower after Joe Biden was announced as the winner of the 2020 presidential election.

Police blocked traffic to Wacker Drive one block west of Michigan Avenue where residents gathered in front of Trump Tower across the river. Union and activist groups spoke to crowds while many others created excitement in the street and sidewalk. The DuSable Bridge became the gathering’s epicenter where drivers cheered, honked and waved signs with crowds in celebration of the election outcome. 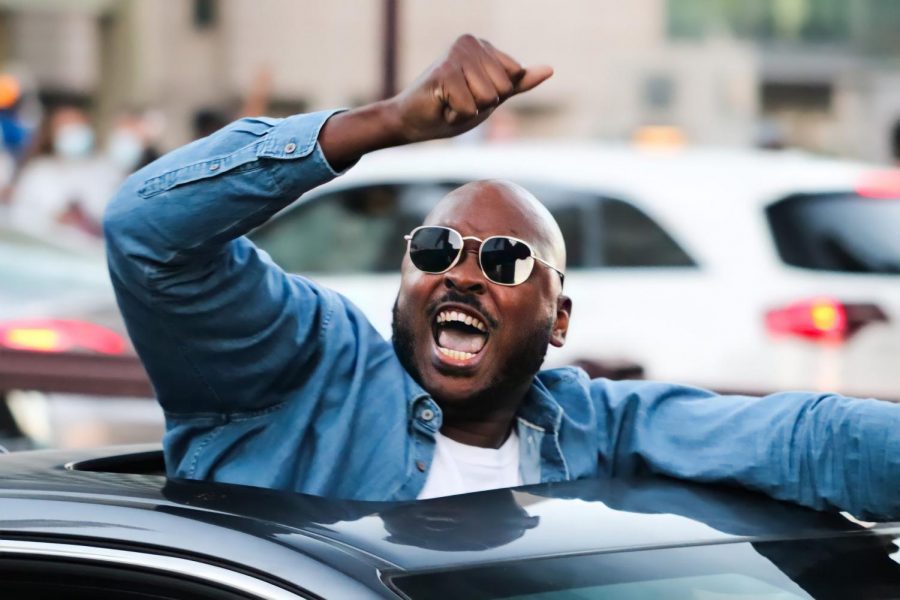 Some people climbed the bridge’s tender houses and at times rang the 1920s Meneely Bell located on the northeast tender house. At one point the crowd chanted, “ring the bell.”  Other chants heard were the choruses to Steam’s “Na Na Hey Hey Kiss Him Goodbye” and YT’s  “FDT.”

Wabash Bridge, raised since election night, maintained a police presence to stop close access to Trump Tower. The Associated Press declared Biden the winner at 10:38 a.m. and crowds began to form in the area soon after, staying until after dark.