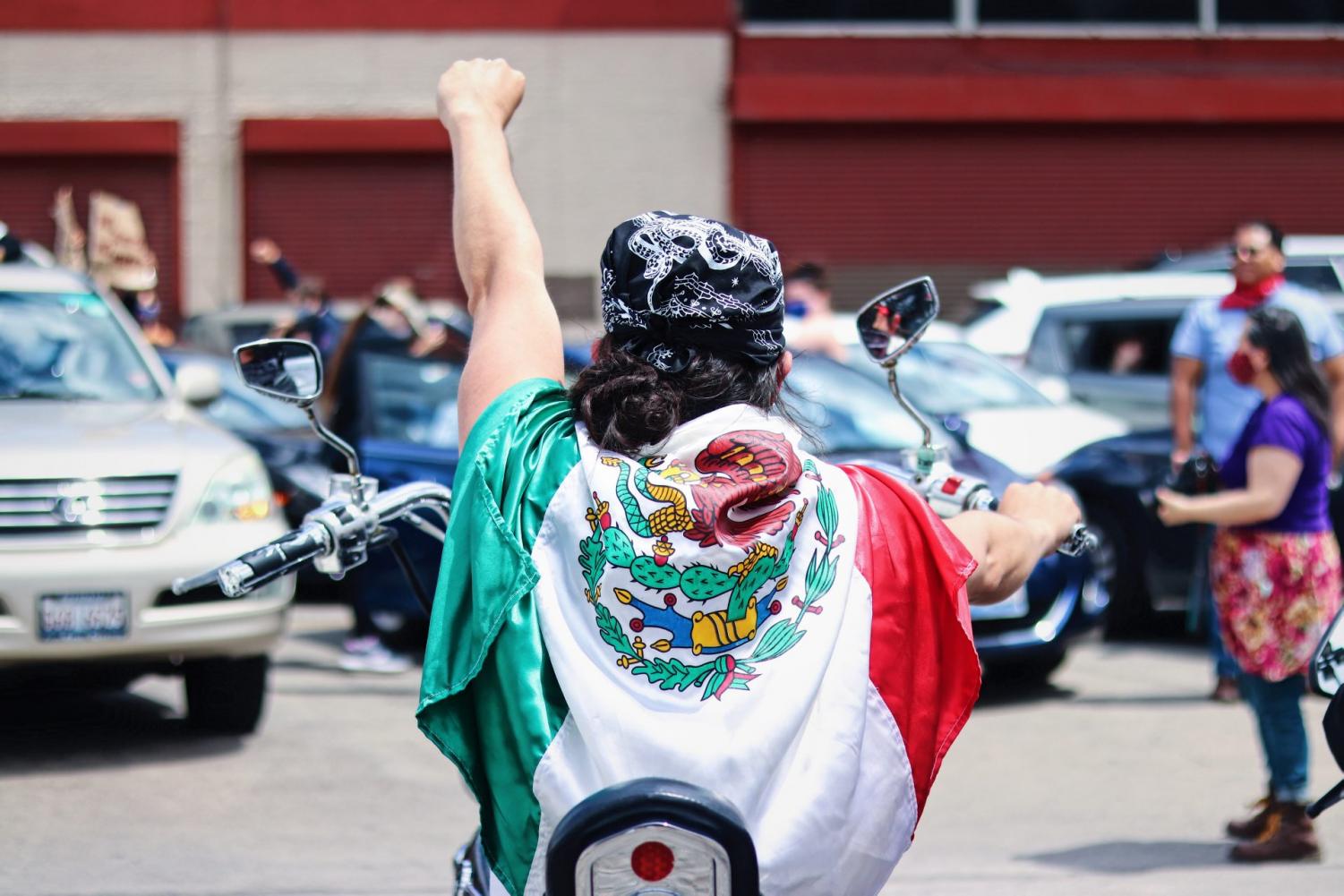 Chants of “tu lucha es mi lucha” —  “your struggle is my struggle” — were heard coming from the Latinx community as they gathered in solidarity over the death of George Floyd on Saturday, May 30.

Waving their flags in front of the Discount Mall in Little Village, protestors made it clear that they were there to support their fellow black community, as silence could not provide a solution to the injustice people of color have been facing for years in America.

Paul Callejas, a Little Village resident who sits on the board of  Enlace Chicago, said that he is standing in solidarity with the black community as police brutality is an issue within his community as well.

“It’s super important to stand in solidarity, because a lot of the same injustices that you see with black people happening [are] also [happening] in the Latinx community,” Callejas said. “Injustice to someone is injustice to everyone, so it’s really important to continue fighting for a safer space.”

As they made their way in a caravan to join others at the Federal Plaza at 2 p.m., one goal was expressed: Bring awareness to the black lives lost at the hands of police brutality, no matter your background.

“We need to unite because we need to quit separating one another,” said Camila Ruiz, a junior at Little Village Lawndale High School. “The system is made for us to be separated but when we come together great things can happen. We need to realize that we need to help one another, with each other’s support our voices can be heard a lot louder.”

Ruiz said she wants the Latinx community to be more welcoming and supportive of one another. 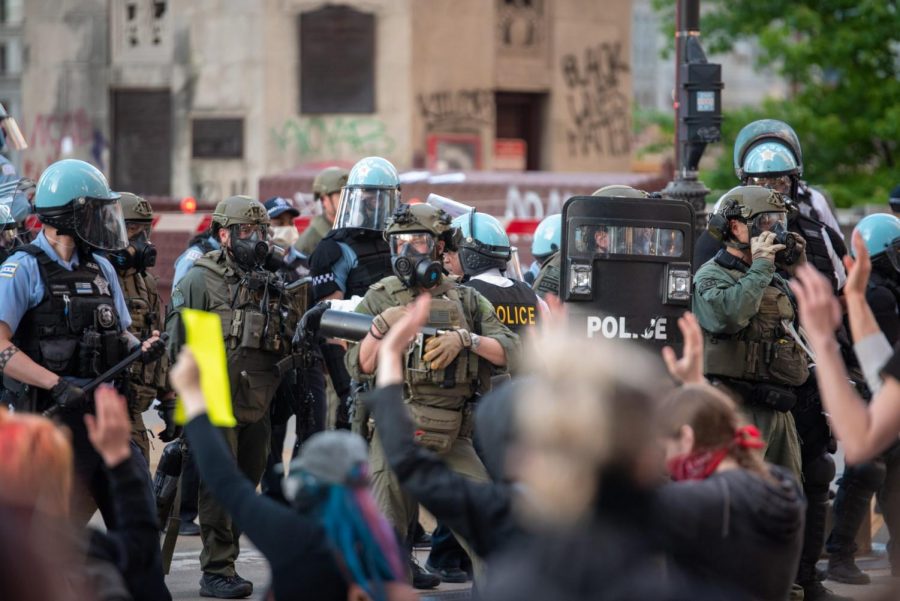 “I feel like people want to pertain black issues to only black people but there can never be complete peace,” Ruiz said. “There can never be freedom if one group is oppressed, what people don’t realize is that not all lives matter until black lives matter. We need to dig up the root of the problem and help them as brothers and sisters so we can all better the system for everyone.”

Shakeba Reyez, a woman of mixed African American and Mexican heritage, is used to witnessing oppression and ignorance.

Reyez explained that while most of her Latinx friends showed support toward BLM and participated in the protests, “some have been making ignorant comments, making invalid points on social media, are making excuses to why the BLM movement is ‘dumb,’ or equivocating looting to the death of George Floyd.”

“There are still old-school Mexican parents that do not accept our black people,”  Reyez added. “An open mind is necessary this day in age so that they can learn our side of the spectrum. Black and brown skin should stand united because we are the most vulnerable and abused.”

Looking at the crowd, thousands of demonstrators of all colors and backgrounds marched holding up signs that said “Silence is violence” and chanting “I can’t breathe,” a phrase that has become central to the Black Lives Matter movement in remembrance of George Floyd’s final words — the same as Eric Garner’s in 2014.

Others kneeled in front of policemen, lifted up their hands and even held a moment of silence for the lives lost. The protests in Chicago were just some of many that took place in cities across the U.S.

But as the number of protestors and policemen increased, anger and tension grew, transforming the original peaceful protest in Chicago into what Mayor Lori Lightfoot said was “criminal conduct.”

Looters began hitting stores such as Macy’s in the Marshall Field building, Nike and a 7-Eleven near Lake and Dearborn. Banks such as Fifth Third were also broken into, while other restaurants and businesses were vandalized.

Windows were shattered, CTA buses were vandalized and other police cars were damaged, including some that were set on fire.

In Lightfoot’s press conference on Sunday, CPD Superintendent David Brown reported that six individuals were shot, one killed, 240 arrested and 20 police officers were injured from Saturday’s day of protest.

“When you or anyone else behaves in this way, we all lose by giving the very same forces of oppression we are fighting against the false validation that they crave,” Lightfoot said.

Lightfoot implemented a curfew Saturday evening beginning at 9 p.m. until 6 a.m. Sunday as protestors continued to damage property and the amount of clashes between police and protesters increased. The National Guard was also called into action, adding to the police presence of the Illinois State Police and the Chicago Police Department.

As some expressed their discontent over the property damage, others argued that these actions were more than justified.

“The group I was with had raised money in order to buy supplies for those on the ground and in need…. from food and water to first aid kits, teargas solution, hand sanitizer, gloves, masks, know your rights cards, and more,” Barrientos said. “The police were beginning to block off intersections pretty early on, and were bringing in more cars, horses, and men as time went on.”

She mentioned that she thinks the lives lost are worth more than property damages.

“Black people have every right, and have exhausted every other option,” she said. “Black people built this country, from the bottom up, for free and carry it on their very shoulders centuries later. So-called looting and vandalism are not human rights violations. The senseless killing of black people is, time and time again.”